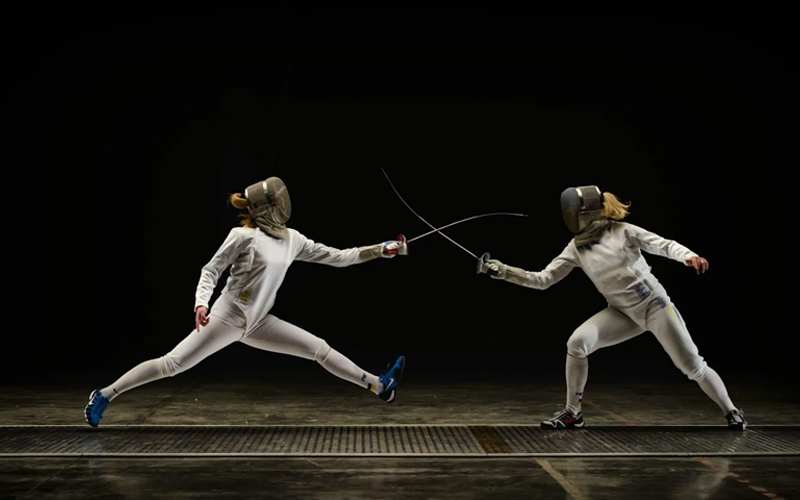 There’s lots to love about the ultimate two-player showdown of fast-paced fencing, but bet you didn't know these fun facts!

One of the famous Olympic sports is fencing. This sport is not easy for those who have not learned it before. There will be two competitors in the game where the contact between both is only conducted through the rapier styled swords. The history of fencing was very old for it included as one of the few sports in the Olympics.

Here are 15 fencing facts you can share with your friends the next time a game is on!

1) Fencing is one of only four sports to have been featured in every modern Olympics. It made its debut in 1896, when the programme consisted of three men’s events.

2) Fencing had a very interesting debut year however, with the competition format complicated by the persistent late arrival of the Greek king, George I. He was such an avid fencing fan he decreed that any match that had taken place before his arrival was to be declared null and void, and replayed in front of him. 3) Fencing was also a sport in the original Olympic Games in ancient Greece.

4) The fencing suits are white, because in earlier times, touching was recorded with a piece of cotton at the tip of the weapon dripped in ink.

5) Fencing is known for being the only combat sport with no weight classes.

6) There was originally no time limit on a fencing bout, until a Masters Championship bout in New York in the 1930s lasted for seven hours. Thereafter, bouts were limited to 30 minutes. Today, the time-limit has been reduced to just 3 minutes for 5-touch bouts and 9 minutes for 15 touches.

7) Baron Pierre de Coubertin, the father of the modern Olympic Games, was a fencer. 8) Fencing is a life-long activity. In the 2012 Olympics, Valentina Vezzali of Italy was in contention to become the first woman to win four consecutive Gold medals in any Olympics – and she is 38 and a mother!

9) The tip of the fencing weapon is the second fastest moving object in sport; the first is the marksman's bullet.

10) Why is it called fencing? The word ‘fence’ was originally a shortening of the Middle English ‘defens’, that came from an Italian word, ‘defensio’, in origin a Latin word. The first known use of defens in reference to English swordsmanship is in William Shakespeare’s Merry Wives of Windsor: ‘Alas sir, I cannot fence.’.

11) At least one ancient Egyptian temple features a painting of a fencing match. The painting dates from 1190 B.C. 13) Many of the ballet positions are derived from fencing.

14) The women’s fencing competition entered the Games in 1924 in Paris.

15) The categories of fencing under the Olympics are; Foil, Epee, and Sabre.