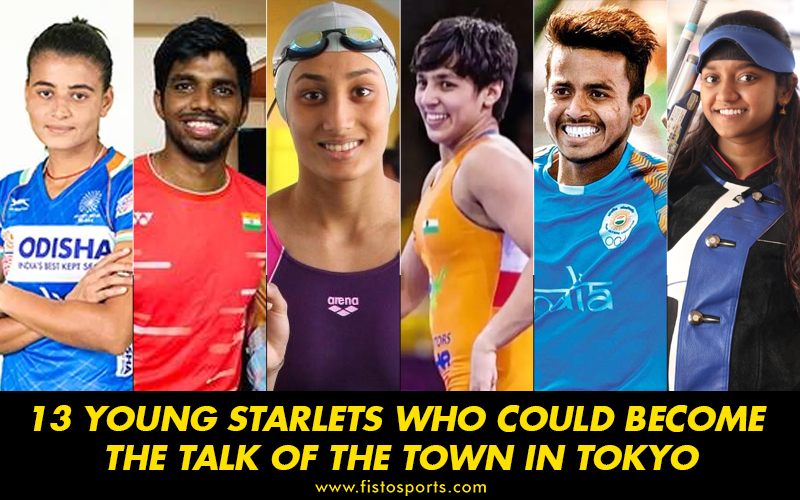 Fisto Sports picks out the starlets who could become the talk of the town in Tokyo.

Here we go. Let’s hope your fridge is stocked and armchair pillows plumped ready for a brilliant month of Olympics action.

The greatest sporting spectacle in the world, with millions watching as athletes from 206 countries create history and realise their dreams. We here at Fisto Sports, as ever will focus our attention on the young athletes in this quadrennial event.

Below we have highlighted 13 young Indian athletes to compete at the Tokyo Games. Only very few of them are already known, but many others could elevate their profiles this summer with buzzworthy performances. So, without further ado…

The young midfielder striker needs no introduction as one of this summer’s hottest prospects, having chalked up more than 60 appearances for the senior team before turning 19, and playing an important role in their Olympic preparations.

Not only is he pull the strings from the midfield, but can also adopt the role of an adept forward. A good run at the Olympics will do wonders for his reputation and confidence.

Lalremsiami has been a familiar face on the Indian Women’s Hockey scene ever since her senior debut at the Asia Cup in 2017, in which India emerged as the winners.

The Mizoram forward is mesmerizing to watch, she scored an enthralling nine goals in the Youth Olympics 2018 and helped Indian Junior Women's Hockey team win the Silver medal in the tournament.

She has struck up a fine understanding with her teammates, and has come in for praise from all quarters. The most pleasing aspect of her game is that she seems to really enjoy hockey, and plays with a smile on her face, as any teenager should. To top it all off, she’s easily one of the best attackers in the country, a fox in the box, a trait that could set up a once in a lifetime moment for her if India makes it deep into the tournament.

Salima Tete will be the youngest player in the squad, that doesn’t mean much to her though.

The Jharkhand native who plays as a midfielder is also the youngest player in the squad. From 2019, she became a regular for the Indian team and was also part of the 2019 FIH women's series finals, which led to India qualifying for the Olympics. Tokyo is Salima’s biggest stage yet, a chance to compete against the game's best players and prove she's worthy of the hype. 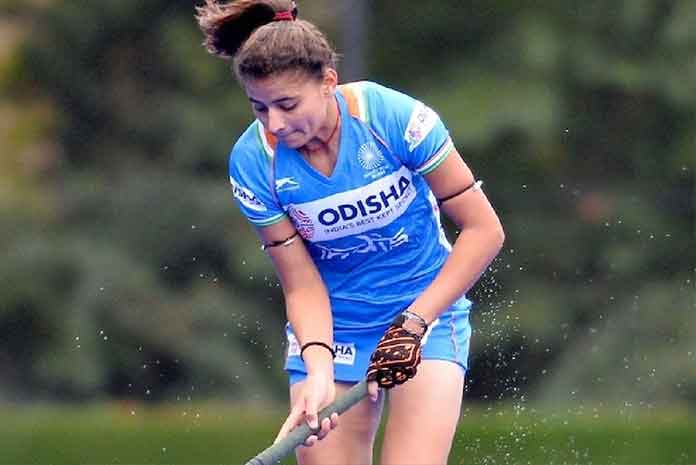 The second-youngest player in the team, Sharmila Devi is one of many players who is capable of lighting up the event with her skill and prowess, if given chances. The 19-year-old striker made her international debut in the 2019 FIH Olympic qualifier and since then has been a regular feature for the Indian team. All in all, while she may be young, she possess natural talent and flair that will make the Indian Eves difficult opponents to beat.

The Golden Era for Indian shooting seems to have a never-ending pipeline of young talent. Women’s 10m air rifle world No.1 shooter Elavenil Valarivan is arguable the top medal prospect.

The 21-year-old has won gold in the World Cup Final in China and the World Cup in Brazil in 2019 and continues to reign the 10m Air Rifle event and she’s expected to make history once again.

As she moves through the junior ranks, Manu Bhaker looks every bit like India’s next great hope in shooting.

It was only in 2017 that Manu Bhaker first tasted success at the international level by winning the Asian Junior Championships that year, and she hasn’t looked back since.

At the 2018 Youth Olympics Games in Buenos Aires, she became the first Indian shooter to win a gold medal. She extended her sharpshooting into 2019 as well, as she went on to win as many as five ISSF World Cup gold medals and a further two more yellow metals at the Asian Shooting Championships. 2019 was also the year when the 10m air pistol shooter booked an Olympic quota in the shooting World Cup held in Munich.

The 17-year-old has also sounded confident about performing well in the 25m air pistol event at the 2020 Olympics, offering India a further shot at glory.

At just 19 years old, Saurabh Chaudhary is handling his Olympic debut with poise and maturity far beyond his years.

Saurabh is one of India’s top hopes for a medal, especially given his performance in Croatia. The pistol shooter partnered with Manu Bhaker to bag a silver in the mixed team event in his last event. The duo has won multiple ISSF World Cup gold medals since 2019. The Meerut-born shooter has qualified for the World Cup final every time in the last couple of years. The shooting world will have a close eye on the young talent, as will his competition.

Divyansh Singh Panwar validated a much-hyped talent by securing a place in the Olympics. The youngster will be representing India in the 10m air rifle men’s and 10m air rifle mixed team event.

In April 2019, the shooter secured an Olympic quota spot by winning a silver medal in the ISSF World cup in Beijing. Divyansh would be teaming up with Elavenil Valarivan in the 10m air rifle mixed team event at the upcoming Olympics.

In 2018, at the ISSF Junior World Cup in Suhl, the trio of Divyansh, Hriday Hazarika and Shahu Mane bagged gold in junior men’s team 10m rifle event by scoring 1875.3, a world junior record.

Satwiksairaj will make his first appearance in an Olympics alongside Chirag Shetty.

In the race to Tokyo Olympics men’s doubles ranking, Satwiksairaj and Chirag finished at the number 9 spot. The duo has been playing together for a while and has been quite successful, having won eight BWF titles so far.

So far, this year Chirag and Satwiksairaj have a win-loss record of 8-4. In the Thailand Open Super 1,000, held earlier this year, the pair reached the penultimate round.

A backstroking phenom, Ahmedabad’s Maana Patel has been wreaking havoc on the Indian Swimming age record boards, overwriting some stellar names in the process.

Maana Patel was introduced to swimming at a young age as an alternate therapy to stimulate her appetitive. Little did they know that their daughter would go on to become one of the most promising swimmers in the country.

The B Com (honours) graduate from SMPIC, Ahmedabad will compete in Tokyo in the women's 100m backstroke after world governing body FINA approved her participation under the universality quota following some strong performances in European meets in the last three months.

Though now she is established herself as one of the most talented young swimmers in the country, her steady rise does not end here, it will be interesting to see how far she will go at the Games, as you always want to see talent flourish.

Only 20 years old and already made it to the Olympics with ‘A’ cut timings which has never happened ever before, we at Fisto Sports certainly have high expectations for the man tasked with leading India’s swimming hopes in the years to come.

Srihari Nataraj qualified in his pet event, 100m backstroke with 53.77s (OQT 53.85s) and he does have a simple dynamism to his game – not paciest of swimmers, he is quick and even more impressive with his burst of pace.

With some stellar swim and a few good breaks, he can make the semifinals.

At only 19 years old, Anshu Malik is supremely talented.

She defied all odds by recovering from her injury just in time to qualify for the Tokyo Olympics. The Indian wrestler beat Shokhida Akhmedova of Uzbekistan in the semi-finals of the Asian Olympic qualifiers in Almaty in the 57 kg category to secure a berth in the grandest stage. Malik beat her opponent 12-2 by technical superiority to book her maiden trip to the Olympics, just at the age of 19.

Sonam Malik came into light when a youngster was able to beat Rio Olympic bronze medallist Sakshi Malik, twice. At the age of 19, Sonam Malik along with Anshu Malik (19) will represent India as the youngsters will look to shine on the biggest platform.

Sonam Malik qualified for the 2020 Tokyo Olympics by winning her clashes against China’s Jia Long (5-2) and Chinese Taipei’s Hsin Ping Pai (11-0) to enter the semi-finals of the Asian Olympic Games qualifiers in Almaty, Kazakhstan. Sonam made a spectacular comeback from 0-6 to 9-6 to beat World Championships bronze medallists Ayaulym Kassymova of Kazakhstan to secure her place in the Olympics. However, Sonam settled for silver and did not play the finals due to injury. Sonam is expected to regain full fitness before the tournament commences.