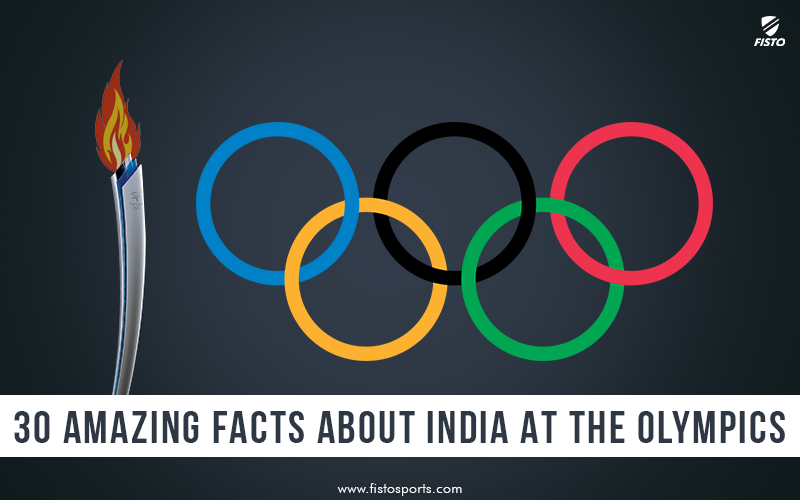 With the whole world stranded inside their homes due to the COVID-19 that is shaking the world and taking in lives, all the sporting events has been suspended with the Olympics being postponed to the next year.

For all the sporting fans who have been missing on the daily sporting dosage, here’s a compilation of 30 facts about Indian Olympics, through its 24 editions.

Let's see how many of these you already knew.

Khashaba Dadasaheb Jadhav is the first Olympic medalist of Independent India. He won bronze medal in Wrestling at the 1952Summer Olympics and remains to be the only Olympic medalist who hasn’t been honored with the Padma awards.

India’s Balbir Singh holds a record of maximum goals in an Olympic final when he scored 5 goals in India’s 6-1 win against the Netherlands. The record is still unbeaten. India captain Balbir Singh on the podium at the Melbourne Olympics in 1956. Pic/Getty Images

India won 3 Gold and 2 Silver medals before independence at the Olympics and all of it was considered as British India, and not India.

The 1952 Helsinki Olympics, was the first Olympics, which saw the  participation of Indian woman. The 64 participants comprised four woman, (2 athletes and 2 swimmers).

P.T.Usha is the youngest Olympian from India. She competed at 16 years and 69 days at the Moscow Olympics in 1980.

Indian hockey team was the most dominating force in hockey and won six successive gold medals at the Olympics (1928 – 1956), and the successive six medal run was put to an end by Pakistan in 1960. Anyhow India, bounced back and defeated the arch-rivals again in 1960.

Norman Pritchard who was the only Indian who participated at the Olympics of 1900 and bagged 2 silver medals was the first Asian-born to win an Olympic medal. Later he went on to become an actor in LA in the name Norman Trevor.

11. Remember when the Olympics used to have an Art ...

Art was a part of the Olympic games until the 1948 Olympics and Chintamoni Kar a sculptor from West Bengal won a silver medal for Great Britain.

12. The first Indian at the Olympics

Phadeppa Dareppa Chaugule, represented India at the 1920 Summer Olympics and he was the India’s first Olympic marathon runner. Indian Hockey goalkeeper conceded a goal while singing autographs in a match against USA, anyhow India were leading by a margin of 24.  This win margin is the highest ever in an Olympic pool match.

Also Read: Eye-opening and unknown Indian sports facts you might not know

The 2012 London Olympics was the first ever Olympics in which all participating countries had female participation.

India bagged six medals (4 Bronze, 2 Silver), at the 2012 London Olympics which is the highest number of medals India has won at an Olympics.

The Indian football team made it to the Olympic semi-finals at the 1956 Olympics and became the first Asian country to reach the feat after thrashing Australia 4-2 on December 1.

Dipa Karmakar represented India at the 2016 Summer Olympics and she became the first Indian female Gymnast ever to compete at the Olympics.

Mary Kom was the first and the only Indian woman boxer to have qualified to Olympics at the inaugural edition of boxing for woman in 2012 and she bagged bronze at the same.

Sansarpur, a small village that lies in the outskirts of Jalandhar in Punjab, holds the record for producing 14 Olympians Internationally. It is also known as the “Mecca of Indian Hockey.”

Kabaddi is no stranger to the Olympic stage, in fact, kabaddi first received international exposure when India demonstrated the sports at the 1936 Olympics. Adolf Hitler was himself present in the audience to see the demonstration. In keeping with the concept of the city of Ancient Greece, the international Olympic Committee (IOC) gives the privilege of hosting games to the city not to the country.

As ridiculous as it may seem, Indian Hockey goalkeeper Richard Allen has the yet-broken record of conceding just two goals in Three Olympic Games.  One goal was conceded while Richard was busy signing autographs; in which India men’s team won 24-1 and another was a rebounded effort in the finals of 1936, India won 8-1.

Nikjit Pradhan is the first woman hockey player from Jharkhand to represent India at the Olympics.

28. The story of sacrifices

Tababi Devi, who was the first Judoka to win a medal for India at the Olympics (junior or senior) needed to train secretly since her parents were afraid of the intensity of sport that she may get hurt. But Devi always liked fighting spirit.

Nilima Ghose and Mary D'Souza was the first Indian female track athletes to compete at the Olympics (1952 Helsinki). Nilima competed in two events, the 100 m sprint and the 80 m hurdles. And D’Souza’s in the 100 m race.

30. Man of many firsts and talents

Jankidas Mehra was not only a prolific actor but also the first Indian Olympic cyclist. He participated in 1936 Berlin Olympics and was the only Indian to have broken the world record in cycling between 1934 and 1942.