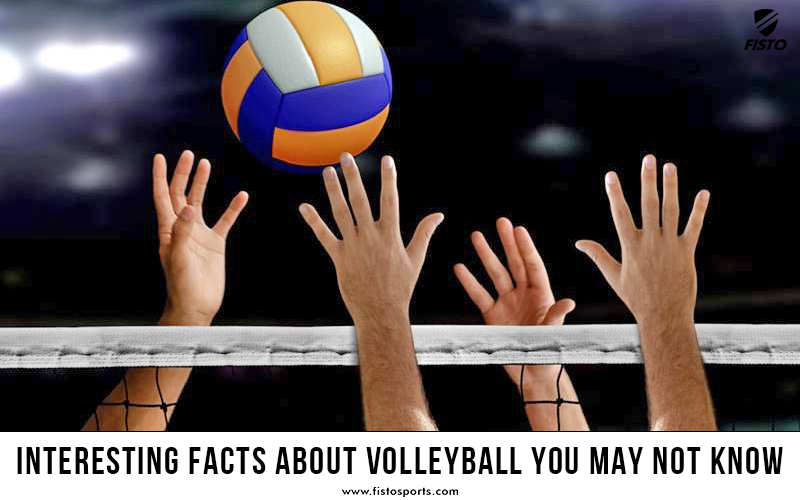 A unique team sport with a short history, volleyball is one of the few team sports that was invented in the United States in an attempt to combine factors from different sports together; today volleyball is a favourite among many and is played all over the globe.

While the players will thrill you with rallies, serves and more, we present you with 30 interesting facts about one of the most loved sports in the world.

The birth of volleyball

Volleyball was invented by William George Morgan an American educator in 1895. Morgan was an acquaintance of basketball inventor James Naismith and the former was inspired by the new sport to invent his own. However, he wanted one that could be played indoors. Taking a badminton net and a soccer ball bladder, he created volleyball.

The dainty name of Volleyball

Before, the net of tennis was used & raised to 6 feet & 6 inches above the floor. Since the players were volleying the ball back and forth over the net, someone commented that the name “volleyball” might be a more fitting name, & hence #Volleyball. pic.twitter.com/kZoo8R4jVf

Volleyball had a dainty name: Mintonette. This is on account of the fact that it was similar to badminton (“minton” later turned to “mintonette). It was renamed “volleyball” by another educator, Alfred S. Halstead because the ball was volleyed back and forth. Halstead is credited for popularizing the sport.

Invented Volleyball as an excuse not to run

Originally, volleyball was meant to be played indoors. It was also invented because Morgan wanted a game where players did not have to run. He wanted a game that was physical and required players to perform plenty of actions but does not require direct contact with opposing players.

#OnThisDay in 1895, William G. Morgan presents his new sport "Mintonette" to the world at Springfield College, Massachusetts. He later renames it "Volleyball". pic.twitter.com/L1qh5C1wLh

The very first volleyball game was an exhibition played in 1896 at Massachusetts’ Springfield College, then known as the International YMCA Training.

There are six positions in the volleyball court. These are: the Setter, the Outside Hitter, the Opposite Hitter, the Middle Hitter, the Libero, and the Defensive Specialist. To truly excel in the game, each player must master their skills at their positions.

In a six-man team, there is one player who has a different-looking jersey. This is the libero – the player who can move freely on the court and off. He/She can replace a hitter who may not be effective on defense in the back row. The libero is not allowed to hit the ball in the front area of the 10-foot line. They may hit the ball behind this line provided they do not clear the top line of the net.

The 3-hit rule which states that players in one team can only hit the ball three times was introduced in 1920. This helped increase the momentum of the game and improve its action. Since the hits are limited, players must handle the ball in the best ways possible so they can score.

Volleyball for the first time in the Olympic Games

Volleyball first played at the Paris Olympics in 1924, but medals weren’t allowed until 1964 Olympics in Tokyo.

However, the first time volleyball was played in the Olympics was in 1964. The spectators in Tokyo witnessed a three-way competition fiercely fought by the men’s teams from Japan, Czechoslovakia, and the former USSR. Japan won bronze, Czechoslovakia placed second, and the USSR went home with the gold. In the women’s division, Poland garnered bronze, the USSR won silver, and the home team of Japan won their first-ever Olympic gold in the sport.

The coming of colour

The first time colored volleyballs were allowed in tournaments was in 1998. This was to make it easier for spectators to see and follow the ball while watching the game on TV.

The longest marathon volleyball match that made it the Guinness World Record occurred in January 2017. It was played by SVU Volleyball in Amstelveen, Netherlands, and lasted for 101 hours. It had 63 matches, 338 sets, and ended with a 14,635 score.

Who would’ve thought that the volleyball match in Korean league Jumbos – Rush&Cash will go down in history. Team Jumbos was leading 2-0 and everyone was thinking it’s probably the end of the game and the hosts are going to easily win. True, they won 3-0, but the last set was special. Rush&Cash team doesn’t give up, and they have shown it. The last set’s score was 56:54 which came out to be the world record in the longest set. 106 points in one set. All set scores: (25:22, 25:23, 56:54).

A time limit for service is set at 8 seconds. This means that a player who will serve must do so within 8 seconds after the referee blows the whistle. If the server fails or is late, a point is given to the other team and the service turn is forfeited. If the server serves the ball prior to the whistle, he/she is allowed to serve again without penalties.

Volleyball games used to be played with a time limit of 8 minutes. Within this time, a team must have reached 15 points first or have a 20-point advantage.

To win in a competitive adult match, a team must emerge victorious in best-of-five sets. To win a set, a team must reach 25 points. If a fifth set is played, the target score is only 15 points. However, to win a set, the team should have a two-point advantage over the opposing team.

A one-handed block is called a “kong”. This is in reference to King Kong who swatted at planes with one hand as he balanced himself on the Empire State Building.

There is only one women’s team to win three consecutive gold medals at the Olympics and it is Cuba‘s national team. They won the medals in 1992, in 1996, and in 2000.

When the first beach volleyball game was broadcast live at the 1996 Olympics, more than 1 billion people watched. Twenty-four teams took part in the Olympic tournament. The games were won by Brazil (Sandra Pires and Jackie Silva) for the women’s division and by the U.S.A. (Karch Kiraly and Kent Steffes) for the men’s division. The game was first introduced at the 1992 Summer Games but only as a demonstration event.

The man with the cannon arm

Italy's Ivan Zaytsev, the man with the cannon arm set the record for fastest serve at the Volleyball Nations League last May. Expect to see similar power in the #ProVolleyball league in FEB 2019 #SpikeWars #BePartOfTheGame pic.twitter.com/0qWREauiYN

The fastest volleyball serve made clocked at 83.3 mph courtesy of Ivan Zaytsev of Italy in a Volleyball National League game against Serbia. This record was set in May 2018. Zaytsev also holds the Olympic speed record for serving at 78.9 mph, sharing the distinction with Gyorgy Grozer and Christian Savani.

Among female players, the fastest serve made by far was performed by Serbia‘s Tijana Boskovic. Her serve clocked in at 62.75 mph (101 kph). This occurred during the women’s tournament at the Rio 2016 Games. Boskovic’s performance bested Brankica Mihajlovic’s 61.5 mph (99 kph) serve. Boskovic was 19 when she became the very first volleyball player to break the 100 kph ceiling in Olympic history. Later in the day, the record was matched by Italy’s Paola Egonu.

Players of the century

The FIVB (Federation Internationale de Volleyball) is the organization that governs all volleyball forms. They have chosen the top volleyball players of the century. For the male players, the honor goes to Karch Kiraly. For the female players, the title belongs to Regla Torres of Cuba. Torres has won three golds with Cuba’s national women’s team.

On average a volleyball player will jump 300 times in one game.

The most successful coach in volleyball is Bernardo Rocha de Rezende of Brazil. Affectionately called Bernardinho, he has earned over 30 major volleyball titles in a colorful career spanning 20 years. He has coached both men’s and women’s Brazilian teams and has himself earned an Olympic silver as a player.

Most number of points

The player who scored the most number of points in a match is China’s Jiang Chuan. In a match against France, Jiang scored 37.

Country with the most world titles

Russia holds the title of being the country with the most World Volleyball Championships. They currently have 6 golds.

Volleyball is ranked as the sixth most popular competitive sport in the world. However, according to the Olympic Program Commission, it is the most widely played. The sport has an estimated 900 million fans all over the world but it also has the most number of professional leagues.

You can touch the volleyball net?! 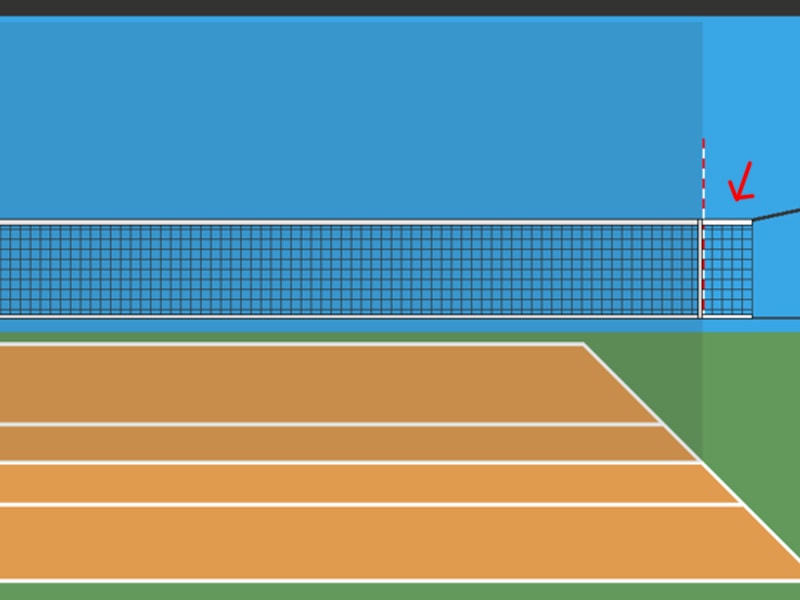 As we know, volleyball players aren’t allowed to touch the net. If they do so, it’s considered an error, and their team loses one point. But there is an exception to this rule. we are talking about the net outside the antenna. This little piece of the net we can touch with impunity. This part of the net is technically outside the court, and it lets us touch it as much as we want.

The only player who can’t be a captain is…

Did you know that a libero can’t be a captain of a team? It sounds a bit weird because a libero is a regular player. Why can’t he be a libero then? The explanation is simple. Libero is being substituted very often. Because of that, he wouldn’t be able to talk to the referee and motivate his teammates. Liberos have a hard life- they can’t attack nor be a captain…

Libero is the newest volleyball position (and it’s really young)

Volleyball is still evolving. Some positions are completely new. I’m talking about libero. Did you know that this position was created in 1998? Its purpose was to make volleyball’s (especially men’s) game more attractive. Liberos appeared for the first time in the World Cup in Japan in 1998.

The highest attendance on a volleyball match

Volleyball games aren’t that popular compared to other sports like soccer or baseball. If 5000 people see the game in the stands, it’s considered good. But the record when it comes to the number of fans during a volleyball match is way higher. It was in the World Championship in 2014 in Warsaw. The opening match Poland-Serbia was being watched by 63.000 fans in the stands of the National Stadium and millions in front of TVs. Poland won 3:0 and I think their supporters helped them a lot.

Before the rally scoring method

In the past, only the serving team could earn a point if the opposing team fails to return the ball. This changed in 1999 when the Rally Scoring method was imposed. Under this new method, either team can earn a point regardless of which team served.