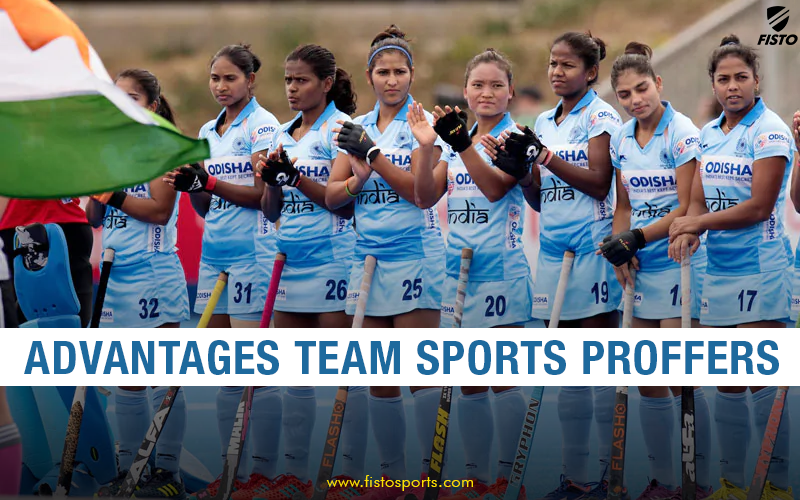 Here are just a few of the reasons you should consider taking up a team sport.

Perhaps what could levitate one more than waking up every day to play the sport most loved, with people who equally love the sport? While the sense of pride and contentment, that comes in on squeezing a glaring trophy, conquered on the dint of a battle fought all alone, cannot be argued with, the joy that enwraps on sharing the squeeze, with mates who sometimes shared the fight, sometimes pushed you to fight and at times fought your fight too is unmatched.

Stories standing epitome of teamwork and mateship may sound banal and the values may even seem redundant in today’s life where we strive to be independent and are too occupied in making the most of our time to ace the competitive race. But to the most surprise, team sports have proven impact on the happiness and influences the performance of the athletes. While it has an equal number of pros and cons.

Here are some of the benefits playing team sports can bring in. How often do we see, teams, loosing despite owning the best of the players? That is what teamwork is all about. It reminds everybody has to pull their oar to keep the boat going and teaches how to blend one’s skill set to the requirement of the team while working towards a common goal. It imbibes a sense of responsibility amongst everybody as the lack of the required efforts from one single player pulls down the whole team and it automates one to push themselves to do their role. It simultaneously enforces one to take responsibility and cover up a player’s lack of contribution as people tend to have off days too. It teaches to win as a team and accept defeat without pointing fingers. Imagine having to undergo a training session, the day right after a heartbreaking defeat. While it would be difficult to go all alone and keep going, the presence of fellow beings to share the pain and grow through it motivates one to fight harder and come back after a failure. Teams inhibit a feel of being a part of something big and sometimes it pushes one to go beyond and explore more.

TEACHES TO TREAT INDIVIDUALS WITH RESPECT AND TAKE FEEDBACK CONSTRUCTIVELY Teams are a mix of coaches, Senior & Junior players and various other support staff. It teaches to treat everybody with respect and dignity and follow the discipline as a lack of commitment from one can impact the team as a whole. It also helps to take feedback and criticism the right way. It is almost impossible for a team to function without communication. The clarity in communication is key to a successful team. Be it expressing one’s ideas amidst a heated game and observations while planning for the game is very crucial and teams help improve one’s communication skill. Teams help build good relationships and bondings. Performing at the best every single time is almost impossible and that is where one entrusts their teammates to cover up the lack of performance and individuals tend to carry the attitude outside the field also. Every player wants to contribute to the victory of the team. This aspect of the team, makes individuals focus more and constantly improve themselves. It also makes one analyse the cons of a fellow teammate and help them improve the aspect. The more regularly you play a sport in a team setting, the better you’ll get and the more confident you’ll feel. Playing a team sport can have a hugely positive impact on your quality of life.

For more such insightful articles visit our blog section.