5 female athletes, you need to know before the 2020 Olympics

While India is better known as a rapidly growing economy to the world the same robust growth of country's economy has never reflected in the country’s sports. Organised and sustained effort required for success in modern sports has not simply been made here. The success has come to the Indian blazer; it has largely been due to efforts of the individual concerned. But when sports in the country is widely viewed as a men’s territory, women intended to participate in this very field was still a taboo. However, things have started changing. Women are coming forward and demonstrating their presence in the tough world of sports. When India’s Olympic performance is dismal till date only five woman athletes - Karnam Malleswari, Mary Kom, Saina Nehwal, P.V. Sindhu and  Sakshi Malik - won a medal each for the country at the world’s biggest multisport event.

So, here Fisto Sports come up with five female athletes you need to know before the 2020 Tokyo Olympics.

North East has become the launching pad for some of India’s best athletes of late. Saikhom Mirabai Chanu is one such name from Imphal, a city which gifted India world’s most successful woman boxer Mary Kom. The 2018 Commonwealth Games gold medal-winning weightlifter is India’s most promising face in this Olympic sports discipline. Following her heartbreaking exit from the 2016 Rio Olympics after failing to lift the weight in any of her three attempts in clean and jerk section Mirabai Chanu ironed out her flaws. She learned a big lesson from the Rio heartbreak and went on to win a gold medal in 48kg category in 2017 World Weightlifting Championships held at Anaheim, CA, United States. She recently won a bronze medal in the Asian Weightlifting Championships. But she is yet to confirm her 2020 Tokyo Olympics berth. Mirabai Chanu will target upcoming World Weightlifting Championships, scheduled to take place in Pattaya in September, Thailand to confirm her ticket for the 2020 Olympic Games.

The Jaipur girl has become the second Indian shooter after Anjum Moudgil to secure a 2020 Olympic berth by winning the gold medal in women’s 10 metre air rifle event at the ISSF World Championship in April 2019. Chandela first came to limelight after winning the gold medal in 10 metre air rifle event at the National Shooting Championships in New Delhi in 2012. In 2014, she bagged four medals at the Intershoot Championships at The Hague, that included two individual and two team medals. The Delhi University alumna’s fame surged in 2014 when she won the gold medal in the Commonwealth Games in Glasgow, having scored 206.7 points in final. In the process, she created a new CWG shooting record and qualified for the 2016 Rio Olympics. However, she failed to live up to the expectations finishing 34th among 51 constants. Jump cut to 2019, the 26-year-old is vowed to make her presence felt in the Olympics this time around. With the shooting World Cup gold in her bag, she is leaving no stone unturned to make her country proud in Tokyo next year.

2018 Asian Games gold-medal winning heptathlete, Swapna Barman, has recently been selected for the Arjuna award for winning gold in Jakarta and silver in 2019 Doha Asian Championships in 800 metres. The village girl from the northern part of West Bengal was born with six toes on each foot to tea estate worker Basana and rickshaw puller Panchanan Barman. She has to fight with poverty to reach this level. In 2013, her father suffered a stroke which made the situation of her family even worse. Moreover, her unusual feet added to her pain because she could not afford customized running shoes. Whatever prize money Swapna won she used it to look after her family. Her fate changed in 2016 when the GoSports Foundation’s Rahul Dravid Athlete Mentorship Programme came forward to sponsor her. The result is visible now. She won the gold medal in Asian Games, Asian Championships and Federation Cup. But Olympic qualification is still a tough challenge for her. To make a cut in the Tokyo Olympic she has to surpass qualification mark 6420. Her personal best is 6026. The Olympic qualification will be decided based on ranking points in international events from January to June 2020. Nevertheless, the 22-year-old wouldn’t let opportunities slip away from her hands to make her maiden Olympic appearance.

She is the top-ranked female table tennis player in India and ranked 47th in the world. The 2018 Commonwealth Games gold medallist in women’s singles is yet to qualify for the Olympics. No doubt, she is the best bet India have in women’s singles and doubles events at this moment. The best thing about her is that she is not concerned about the Olympic qualification. But the appointment of Canadian coach Dejan Papic is helping her to iron out flaws and making her stronger. The Delhi girl has recently shifted to Pune which she admitted that helped boost her game. Now, it has to be seen if she can finally qualify for the Olympic. 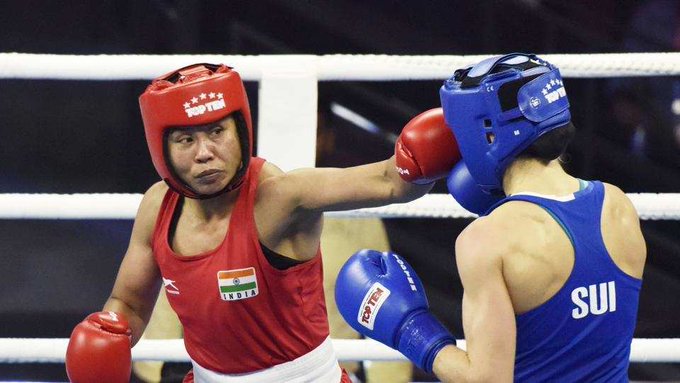 This 36-year-old eight-time Asian Championships lightweight medallist boxer from Manipur is an inspiration for many. Laishram Sarita Devi, who is better known as L Sarita Devi, has recently qualified for the 2019 World Wrestling Championships scheduled to take place in Nur-Sultan, Kazakhstan. When her Manipuri counterpart Mary Kom skipped selection trails for the worlds and denied much younger Nikhat Zareen an opportunity to try her luck, L Sarita Devi opted to comply with the rules and qualified for the World Championships. With 2020 Olympic qualification is in her eye she will certainly give everything to keep her bid to win an Olympic medal alive. The Sub-Inspector of Manipur Police took up boxing idolising legendary Muhammad Ali and won her solitary gold medal in 60kg category in 2006 World Championships in New Delhi. An Olympic medal will be, undoubtedly, a cherry on her illustrious career.