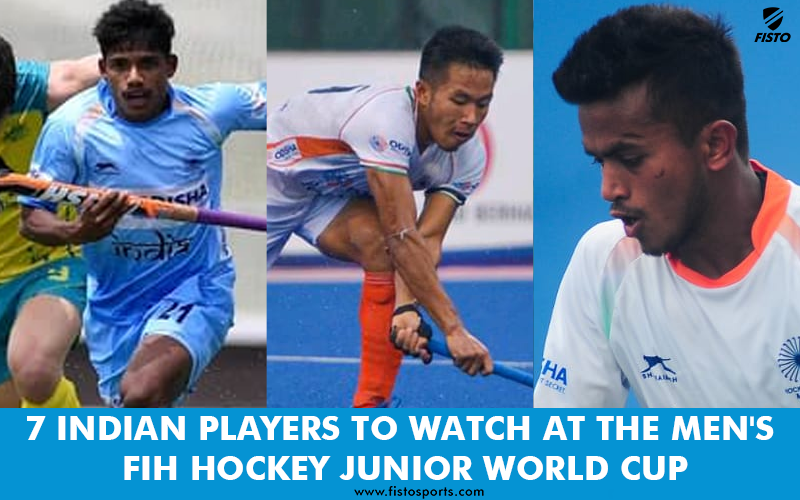 Fisto Sports highlights seven Indian players who could make an impact for the host country at the 2021 Men’s FIH Hockey Junior World Cup.

The FIH Hockey Junior World Cup seems to go under the radar for the most part around the world of Hockey. However, it has consistently showcased some of the brightest up and coming stars in the game.

Indian senior players like Manpreet Singh, Harmanpreet Singh, Simranjeet Singh, Sumit, and Varun Kumar among many others, used the FIH Hockey Men's Junior World Cup to showcase their talent. The latest edition of the tournament features some highly-rated players from the country as well.

The Indian team has created ripples in the last edition of the Men’s FIH Hockey Junior World Cup. All eyes will be on the Indian Colts as they set out to defend their World Cup crown on home territory.

The mega tournament will be held sans the spectators at the Kalinga Stadium in Bhubaneswar from November 24.

Tokyo Olympics bronze medallist Vivek Sagar Prasad was named as captain of the 18-member strong Indian team which will defend the title at the FIH Hockey Men's Junior World Cup 2021.

The quadrennial event is scheduled to begin on 24 November in the temple city of Bhubaneswar which boasts of world-class facilities at the Kalinga Stadium. Hosts and defending Champions India are grouped in Pool B along with Canada, France and Poland. The other teams in the tournament fray include Belgium, Malaysia, South Africa and Chile in Pool A, Netherlands, Spain, Korea and the United States grouped in Pool C while Germany, Argentina, Pakistan and Egypt in Pool D.

The stage is set for the superstars of tomorrow to make a name for themselves. Here we preview the seven Indian players who could light up the tournament with their skill and talent. So, without further ado…

The leading light for India, Vivek Prasad broke into the Indian Hockey scene as a 16-year-old and went on to represent India in the 2018 four-nation tournament and later replaced former captain and legend, Sardar Singh, in the Commonwealth Games squad. He also led India to the silver medal in the Youth Olympics.

In the 2016 Junior World Cup, Vivek was certainly included in the squad but fate had other choices as his chance was cruelly cut short after breaking his collarbone and had to be in intensive care for more than three days and his life was at the crossroad, and it took him three months to fully recover and ever since then and he hasn’t looked back.

The versatile central midfielder plays with a maturity beyond his years with the slice ball, vision and is quick enough to pass and dart into pockets creating space and eye for goal. He has incredible stick work in tight areas, often wiggling his way out of two or three players.

Despite the fact that the India team is brimming with talent capable of reproducing the feats of their 2016 campaign, if they are to reach the same peaks, Vivek will have to be the focal part of their plans.

The past few years have been a watershed for Indian junior men’s hockey team goalkeeper Prashant Kumar Chauhan, as he has emerged as one of the best young keepers in the country.

Prashant has been part of important victories in his short junior international career so far. He was part of the silver medal-winning team at the 3rd Youth Olympic Games in 2018 and the Sultan of Johor Cup in 2019.

The most impressive aspect of Prashant’ game is the ability to make stunning point-blank saves make him a tough man to have in goal. Being a goalkeeper is a constant mental battle and as such, it is those precious few who can silence the voices within and without that eventually rise to the highest echelons of the game and the youngster will be hoping to make his mark at the tournament for the holders. 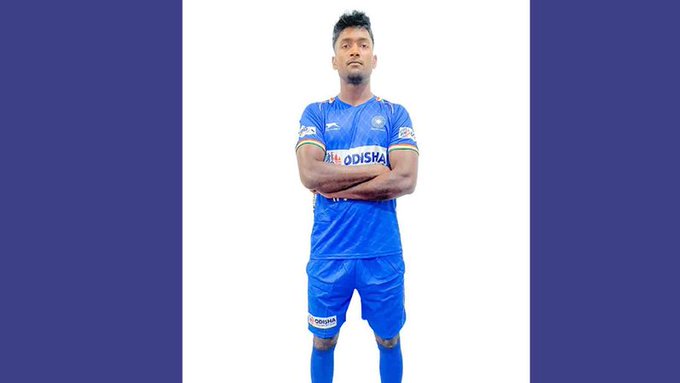 Hailing from Lucknow, Shardanad Tiwari is the latest in a long line of talented defenders with all the tools to eventually stand shoulder to shoulder with the very best.

The 17-year-old comes from a humble background and he believes hockey has helped him overcome various challenges in life and it will bring financial stability for his family.

Shardanand, who was part of the Uttar Pradesh U21 team that clinched Gold at the Khelo India Youth Games 2020. The young defender made his debut for the junior national team at the 2019 Sultan of Johar Cup, where India clinched the Silver Medal.

In spite of his young age, Shardanand has already established himself as a key player within India Colt’s defensive structure. His tall and calm demeanour, commanding presence in the backline, transmitting security to his teammates along with his determination, and demonstrated commitment and never say die attitude that defenders are famous for making him an invaluable asset for India in the campaign.

The 18-year-old striker is the latest strike sensation out of the Odisha hockey circuit.

An all-round forward with great movement, sharp finishing and excellent technique, Sudeep, who is a product of the Panposh Sports Hostel in Rourkela, perfectly encapsulates everything that is great about being a striker.

The teenager’s accolades include a silver medal at Sultan of Johor Cup, Johor Bahru, 2019; Silver at the Youth Olympic Games, Bueno Aires, 2018; Gold at 1st Khelo India School Games, Guwahati, 2020; and 1 gold, 1 bronze at Sub-junior Men National Championships, 2016, 2015. He is also part of the Silver Medal winning team at the 2018 Youth Olympic Games held in Argentina in 2018.

India will be pinning their hopes at the Men’s FIH Hockey Junior World Cup on the shoulders of young Sudeep, who finished as top scorer for India at the 3rd Youth Olympic Games with 11 goals.

With Sudeep leading the attack, the boy orchestrating offensive moves down to individual notes and chords is none other than Rabichandra Singh Moirangthem.

Encouraged to take up the sport by his brother, Moirangthem started playing hockey at the age of seven and have displayed promise from a young age and he has only kept building his upward trajectory.

The 19-year-old from Manipur has represented the country in many tournaments and won laurels too, including winning the 2016 U-18 Asia Cup gold, U-23 5-Nation tournament bronze, and Johnor Cup bronze in 2017 followed by silver in 2018 and Sultan of Johor Cup 2019.

He was also part of the Indian team which won the silver medal at the 3rd Youth Olympic Games 2018 held at the Argentine capital, Buenos Aires.

Having the ball at his stick, is what might make him the most dangerous player in the squad. His skill is mesmerizing to watch, getting the ball in the half-spaces and making things happen before the other team even has a chance to settle.

Make sure you take a look at Moirangthem during the FIH Hockey Men's Junior World Cup. Chances are that you are looking at the future of the Indian Hockey team. 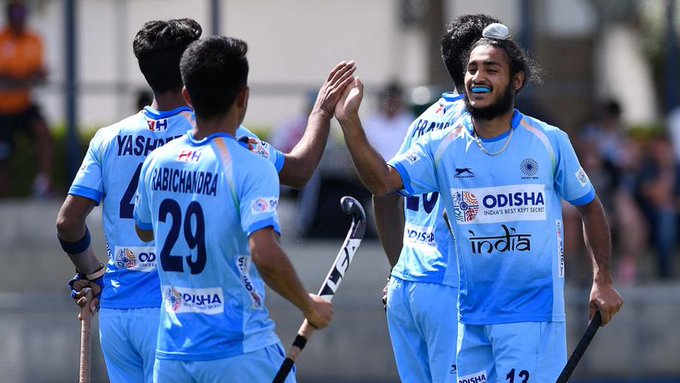 Having first represented the Indian Junior Men's Hockey Team in 2017 at the 7th Sultan of Johor Cup and then went on to win the Silver Medal at the 3rd Youth Olympics Games held in 2018, the Punjab native is one of many players in the squad capable of lighting up the tournament with his skill and prowess.

A regular for the Indian junior side, the hard-working, energetic midfielder demonstrated his range of passing, ball retention and ability to evade the press, which rightfully earned him a call up to the FIH Men’s Junior World Cup squad. He will no doubt be at the heart of things as India look to challenge and retain the title. 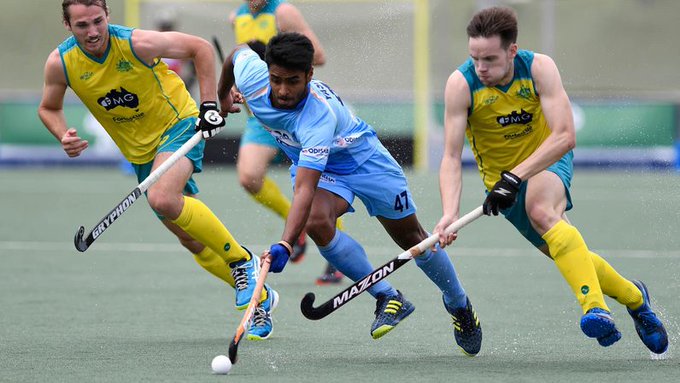 Yashdeep is a kind of player, who is most easily summed up as a versatile defender, has hockey running in his blood with his mother – Pritam Siwach – an Arjuna awardee who captained the Indian Women’s Hockey Team during the 90s.

As Yashdeep began training in hockey at a relatively late age of 16 years, he made vast improvements in his game in a very short span and credits his steep learning curve to being included in the National Camp at SAI Bengaluru at an early age.

Yashdeep was a member of the Junior Men’s national side that won the Silver medal at the 2019 Sultan of Johor Cup in Malaysia.

The youngster has been a constant in the heart of the junior side defence chalking up the minutes and gaining invaluable experience and has justified his inclusion in the squad. With a cunning positional sense that enables him to snuff out attacks and break up counters, Yashdeep, if given chances, has everything it takes to play a key role in defence for the Indian colts in the mega tournament.