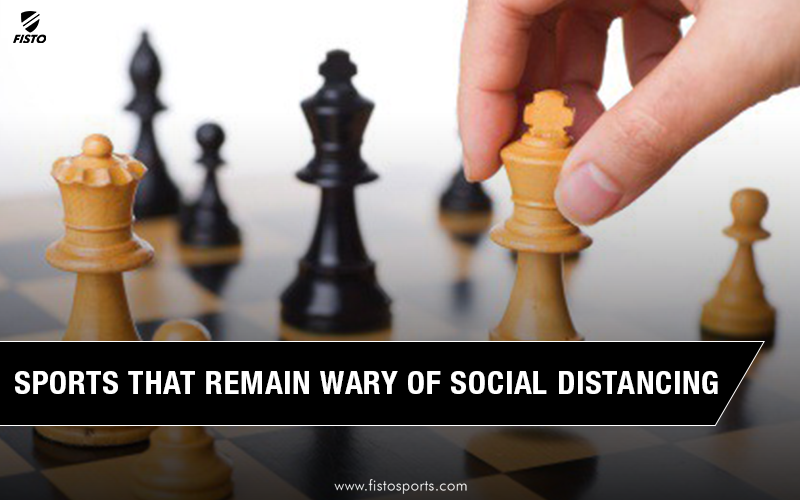 With self-Quarantine and Social distancing being the only escape from the deadly virus that is taking the world by the scruff of its neck, a sport tournament at the moment would be a catch-22.

The unavoidable travel athletes have to undertake, over cities, states and sometimes even counties should be would be the major turn-off encumbering the conduct of a tournament. Adding on to it would be the safety issues and the thronging population brimming the stands where social distancing will be out of the reach.

Anyhow there are a few sports that stand exception as it can be played indoors by individual players in which safety will not be an issue as social distancing and quarantine would still not be something far-fetched,

The game played indoors by two players, fighting their minds of each other, over a board, seated across, where physical contact is extrinsic is one of the safest game that can be played without being taken over by the fear of a possible corona spread.

Barring unclean board and coins which could be a hoarding place, the game has no impending danger that could cause a possible widespread of the disease. With cleaning the board and the coins the game is all safe to be played.

Relished beyond diversities, Carrom alike Chess, is another board game that does not demand a stadium or a ground or a place outdoor to be played. The four player game can be played inside a room. The Sport that demands the four players to be aligned within the frames promises a decent space limit between them. With caution and an intention to maintain space,  induced the participants could be further separated.

Alike the former, it requires mandatory cleaning. Excluding the issue the sport is one of the interesting, safe and the best sport to play.

The racquet sport played in a four walled court, by two players locking horns with each other in case of a single and four players in case of a doubles, by slamming the ball against the wall has no room for physical contact.

The sport played amidst four walls with no possible physical contact is one of the sports that can be played with at most safety.

With two or four players placed on either set of the nets, the racquet sport played indoors is poses no big threat of the transmission of the Virus.

With the two players in case of a singles and four players in case of doubles, playing against each other set apart by ample space, physical contact is the last thing that could be a possible thing in the sport making the sport one of the safest sports that can be played despite the virus.

Yet another racquet sport in the list. The sport that has competitors fighting over a table knocking the balls off the paddle assures social distancing with a table taking the center stage setting the players apart.

With two players on either side in case of singles and four players divided by a table in case of doubles, the sport is still safe to be played.

The game played indoors over a table is one of the safest sports that can be played over the constraints.

Water not being of the modes of transmissions steers swimming clear off the list. Swimming is considered to be one the safest sport or activity in accordance to the chlorination of the pool when there is swimmer per lane.

Anyhow, the contact surfaces remain a question and as long as one bewares of getting in touch with the surface and fellow swimmers swimming is considered safe. Closed pools are recommended in order to be safe.