Shattering all the stereotypes, the Indian women athletes today have risen up to stand on par with the men athletes in all the sports.

Be it Motor racing, shooting or cricket the women of our country have not only set their foot but have also evinced their presence loud by clanking their medals and setting new records at the worldstage. Standing tall on the Podium with Gold medals hung around their neck the Indian women have revolutionized the way women sport is perceived in the country. With P.V.Sindhu bagging the World Championship, Aishwarya Pissay clinching the world title on her wheels and Vinesh Phogat winning the world wrestling championship and many other such achievements, 2019 been a year that witnessed many Indian  women inscribing history and rewriting the records.

As 2019 is about to cease, have a look at the best ceaseless records and achievements made by our women in the year.

Not to the greatest astonishment, the 26 year old adding another feather to her cap, has shot her way upwards to the No.1 spot at the ISSF rankings. Apurvi Chandela who had won the ISSF Shooting World Cup earlier the same year owns a number of achievements to her name. Apurvi who is only the second women to have won Gold at the ISSF World Cup is also the owner of the honorable Arjuna award. She was also the first Indian women shooter to participate at the Olympics. She also won Gold at the ISSF Shooting World Cup at Munich later the year. The Golden girl after relishing a successful 2018 has extended her dart to success this year by snatching four consecutive gold medals in 15 days. The 19 year old who clinched her first gold at Europe on July 2nd has successfully recorded four consecutive wins after her victory at the Tabor Athletic Meet at the Czech Republic on July 17th. She won Golds at the Poznan Athletic Grand Prix, Kutno Athletics meet, Kladno Athletics Meet and the Tabor Athletics Meet respectively.  She was also noted to have been clocking timings faster than that of the previous race every race. The 14 Year old Esha Singh, on bagging the silver at the ISSF Junior (Under-21) World Cup, not only clinched her maiden International victory but also became the youngest Indian Shooter to secure a world Cup medal. This is not the first headline the youngster from Telengana has scripted. Esha Singh won the National Championship last year beating the likes of Manu Bhaker and Heena Sindhu and rose to fame amongst the shooting fraternity. 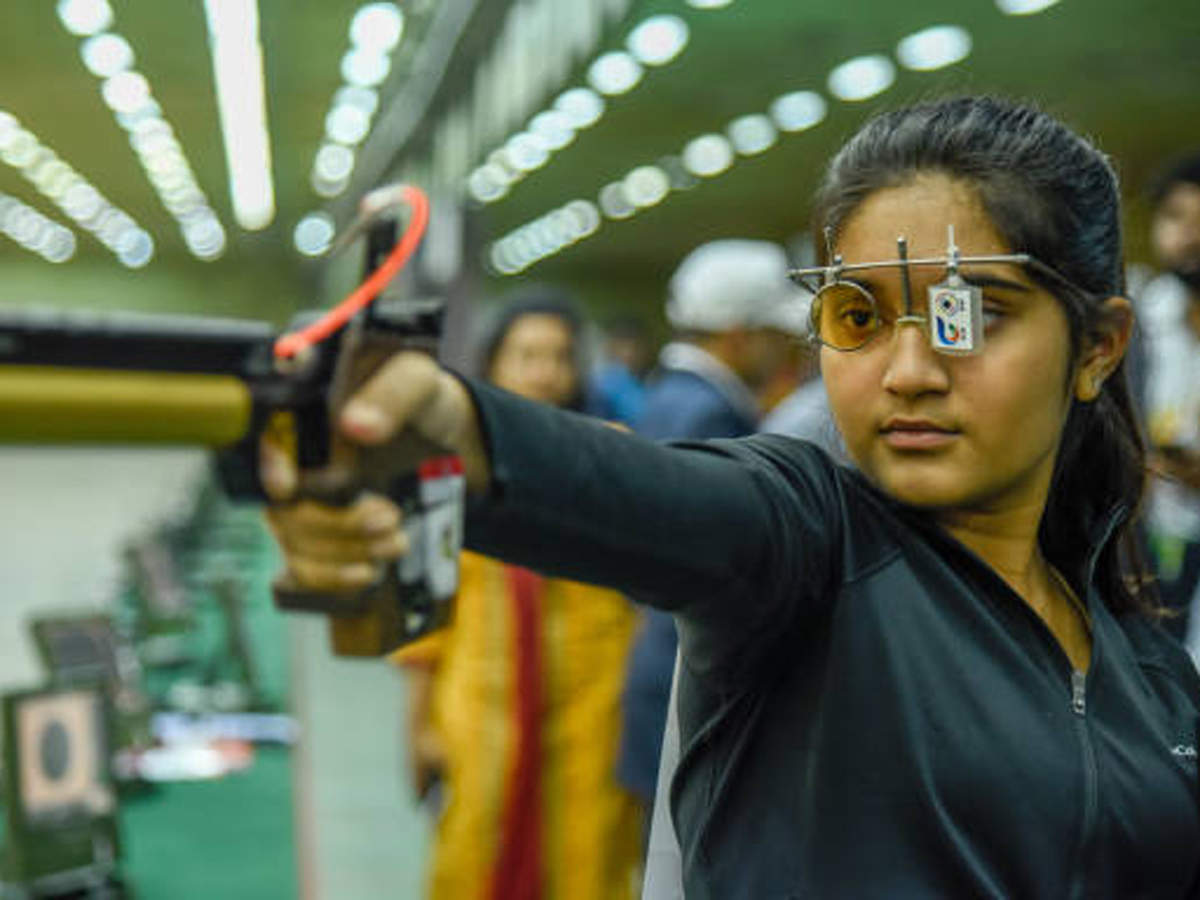 In a Country where Motor Sports is considered to be predominantly for the men, Aishwarya Pissay from Bangalore has gone all the way to win the World title at the Federation Internationale De Motorcyclism Baja World Cup at Hungary earlier this year and she has become the first Indian ever to win a title in the Motorsports Being an off-road racer she has pushed many boundaries and emerged to have been the first and the only women till date to have participated at many challenging Rallies including that of the Baja Aragon World Rally in Spain. She also underwent a major life threatening injury and she fought her way out of it. Spearing new records and breaking her own records is not something new for the 27 Year old Javelin thrower from Meerut.  Annu Rani crowned her achievements by emerging the first Indian women to embark onto the Women’s Javelin throw finals of the World Athletics Championship with her 62.43m throw with which she made yet another National record. With her 62.43m hurl she bettered her previous 62.34 record which she set in March the same year. She was also the first women to have surpassed the 60M mark. She also bagged Silver at the Asian Athletics Championship. With a terrific number of 15 Olympic quotas the shooting team of the country has had it’s dream run throughout the year. The gold bagged by the shooters Elavenil, Divyansh and Manu Bhaker at the ISSF World Cup in China has donned the list of achievements notched up by our shooters. This was the first such occasion that has witnessed three Indians to have seized Gold at the Year-ender edition of the ISSF World Cup. Manu bagged the gold with a Junior world record while Valarivan had bagged gold at the British World Cup and recently escalated to the World No.1 ranking in the 10M Air rifle and Divyansh won silver at the World Cup in Beijing earlier this year.

2019 couldn’t have gotten any better for Meena  as she seals the year with two Golds. Meena Kumari from Manipur bagged Gold at the Cologne Boxing World Cup at the 5KG Category and she was amongst the five Indians who brimmed the Podium with medals. The 2014 Asian Championship Bronze Medallist who also flanks three National Championships by her name also won gold at the Strandja Memorial Cup earlier this year. 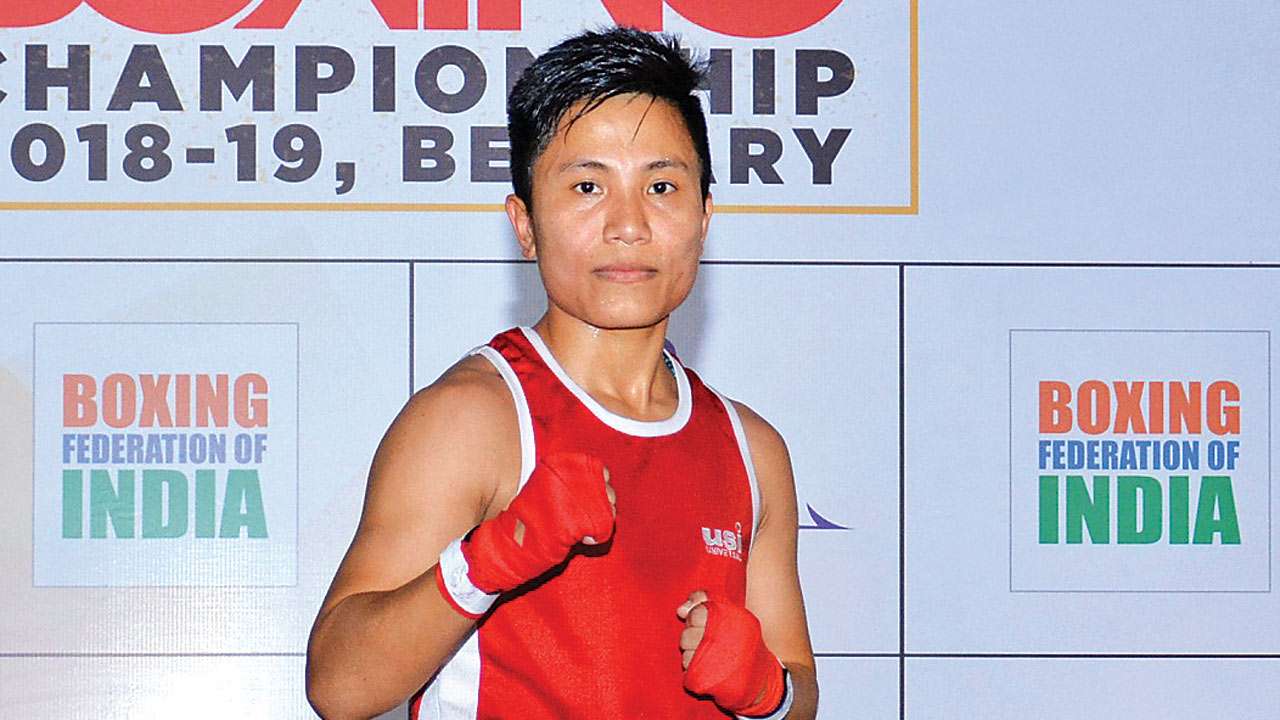 After the terrific show put up by the country’s women in the World Cup, the women playing the sport are perceived different amidst the cricketing fraternity in the country.  Amongst the many achievements made by our women cricketers in the recent times, the record broken by the fifteen year old is one of the most significant evincing Women cricket in the country. The 15 year old on scoring her maiden half century against West Indies became the youngest Indian to score a half Century at the International Cricket and by doing so she has broken the record of Sachin Tendulkar, the God of Cricket who scored his maiden half century at sixteen years of age. The youngster known for her aggressive batting style also smashed a 124* in 73 balls against Australia A before making her International Debut.

Hailing from a family of wrestlers and adorned by a number of titles and  achievements, Vinesh Phogat entitled the Indian Wrestling’s Golden girl, is the first to reserve her tickets for the Tokyo Olympics, is the only Indian women wrestler to have made it to the Olympics twice. Vinesh Phogat has had her dream run 2019, bagging her maiden World Wrestling Championship with three other Golds at the t the Asian Wrestling Championship, Poland Open Wrestling tournament, Yasar Dogu International respectively. 8 Indian Women Athletes Who Have Also Been Social Activists