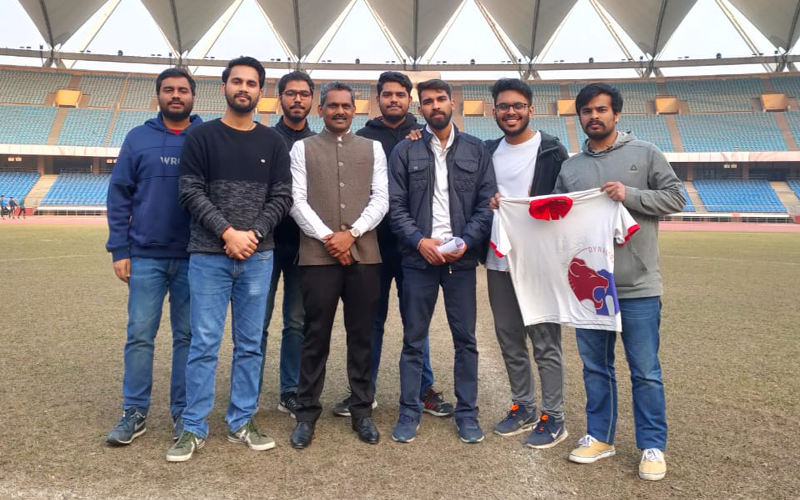 Betrayal to new beginning: Dynamos Ultras bring back the sparkle; aims to improve football culture in the capital

After many broken promises and broken hearts, Dynamos Ultras breathe a new dawn by bringing back the sparkle to restore a strong footballing fan culture by managing senior division team Delhi United FC in the capital city.

From upturning the banners in protest of the team’s underperformance to stepping up to manage a club at the local league, the young group of football fanatics have time and again proved stalwarts of the sporting spirit every sports fan should possess. Initiated over a Whatsapp group in 2015, Dynamos Ultras, the then official fan club of Defunct-Delhi Dynamos FC have backed the home club all through the years and has revolutionized the way the club and football is perceived amidst the cricket dominating sporting culture profound in the capital.

‘Want the team to be everything Delhi Dynamos was not’

With no teams in the ISL and I-League, all that Delhi had was a team at the city’s second division league. The Football Delhi, on account of the depleting football culture took to Social media to invite fans in stepping up to manage a football club. The Dynamos Ultras, earmarked to ameliorate the football culture in Delhi rose to the occasion and signed up to take over Delhi United FC, a club at the Senior Division of the Delhi Men’s Football.

“We want the team to be everything Delhi Dynamos was not” exulted Deepesh, member of Dynamos Ultras.

The team under construction is about to make its maiden appearance very soon at the state’s senior division league.

“We will be participating at the Delhi State’s Senior Division League which is about to start later this month and our target would be to finish within the top-ten spots this season which will put us in a position to participate at the I-League Second Division League next season which is our ultimate target right now,” said Deepesh.

After forming in 2014, it has not always been plain sailing but as Deepesh explains, “we want to create a team, which everything Delhi Dynamos was not. We want to have a structure that flows all through the year, that also works during the off-season and not only during the season.”

Managed by one of the most dedicated fan club, the Delhi United FC, which is about to set on its venture this season is currently going through the initial stages of set up.

“We are starting everything from the scratch and that’s the biggest challenge we are undergoing right now. It’s not like, we have a foundation to build us on, we have started to collect donations and we are about to start a crowd funding program and we are about to collect refuges from players which will provide us numerous benefits, there are certain things that we haven’t decided yet,” he added.

Though Delhi Football is not something Greek to the Dynamos Ultras who have fanned-out the home football club across the city, the swap between two completely different leagues will not be facile for the Dynamos Ultras.

“Moving on from ISL to I-League is a big journey ahead of us, we have to start everything from the scratch and it is a completely new chapter after being associated with ISL. The Delhi Football Association has supporting us and we have our hopes high.”

Striving to carve a place amongst the top ten and making it big amongst the rich legacy of clubs Delhi inherits, the Delhi United FC is making its headway into the Senior League this season.

Do you think it is time for Dynamos Ultras to rise from the ashes and go all the way in the Indian football scene?