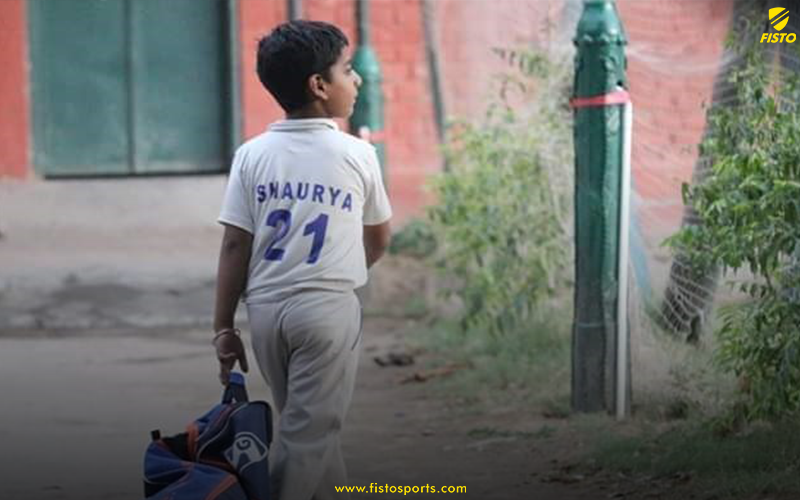 Shaurya Pandit is making the break into U-14 DDCA team and has the humble grounding to drive him on.

It is not an adjective commonly associated with tweenager, but then Shaurya Pandit is no ordinary tween.

While most 10-year-olds might prefer racier pastimes, Shaurya likes nothing better than to bat — on and on and on.

Blessed with athletic ability from a young age, Shaurya initially wanted to try his hands-on athletics but told he could start only at the age of 11. It was his grandfather’s idea to take up cricket. He showed a lot of initiative and he progressed very fast. Now he’s recognised as one of Delhi’s brightest prospects in cricket.

His top-3 individual scores are:

He’s very focused and not prone to sloppiness. He's cheeky and self-confident out on the pitch and he's always looking to score. All that makes him a very awkward opponent for anybody.

In the interview, he sheds light on his journey till now, cricketers he admires, his style of play and also talks about his future plans and more.

Read: Shubhang Mishra, cricketer from St. Bede's High School: 'My parents and coaches have been my tower of strength'

Hi Shaurya, firstly, could you tell us how your love for cricket began?

This is a very interesting story. At the age of 7, I was very good at athletics so my father took me to Jawaharlal Nehru Stadium to get admission in athletics but they stated that I could start only at the age of 11. So my father decided to enrol me into Football in Thyagraj Stadium which was almost 5 kilometres away from our residence. When everything was ready including my shoes and my dress, a day before we began my grandfather told my father to enrol me into cricket coaching which was just 300 meters away from my place. And that is how my journey towards cricket began.

At what point did it sink in that you could be really good at cricket?

Initially, my coach recognized that I was a natural player and after 2 week’s practice with synthetic and Cosco balls I was introduced to practice with leather balls. After 8-9 months, I played a match against LECA at Gurgaon.  It was a U-13 match and I was 8-years-old at that time. It was a 40-over match and the openers looked quite tough. We lost the toss and we were asked to bat first.

Me and Mahir opened the innings and in nearly 4-5 overs, we were 16/4, I was still there and wickets were falling all around and honestly the bowling attack was pretty good. And I made my maiden half-century in the following match I made 54 runs in 95 balls and I stayed till the 32nd over. I loved that inning a lot as it was both physically and mentally challenging. I was applauded and praised a lot. I felt that I have something special in me. I think that was the moment that it really sunk in for me that I could be a pretty good cricketer.

Which cricketer did you want to model yourself after when you were growing up? You’re an opening batsman and a spinner – so whose batting/bowling style do you admire the most?

As a batsman, I have always admired Kumara Sangakara and Brian Lara and in bowling Ravindra Jadeja.

What was the first-ever award you got in any form of cricket?

It was a match at RPCA cricket academy where I received match ball for 34 runs and 2 wickets.

Since you’re an opener – what is the best feeling about being opener? What is the worst?

Don’t know why but I was never afraid of facing seamers I enjoy playing them because of my age and less strength I just have to time the ball and it runs away. The only worst feeling is till the time you face your first ball and you are on; once you are off the mark, the nerves settle down.

As people say “superb timer of the ball” not a hard hitter. I like to settle down and mostly if I make 15 runs it is very hard to get me out and, in my team when I play in U-14 my job is to secure one end.

Competing at such a young age, how did you juggle studies with sport? And how supportive your school towards your sporting career?

Till now I am quite good at studies, only maths is a nightmare. My school management and our principal ma’am has been very supportive as I have special permission to practice any time after school and/or on holidays and special assembly are conducted in our school for announcing students’ achievements on stage and for the last 2 year I have always been a part of those.

Does your school have any rivalry with other team and the match labelled as big thing and prestigious to win at all cost? If yes, explain some of the best moments.

Till now I couldn’t play in the school team because as per CBSE school cricket starts from 6th grade and I have now reached in 6th grade.

My best moment was winning ‘Player of the Tournament” at KPS U-12 tournament where I made 178 runs in 5 matches n I remained not-out at 3 occasions and I took 10 wickets in that tournament. We beat KPS at their home ground in the final match and I got out on ‘4 runs’ in that match but took 2 wickets and 1 runout I did.

My family supports me a lot especially my father. Whenever I bat in a match, I can feel him batting with me he is my source of inspiration n strength. My mom always takes care of my food and my health and her prayers are always with me. 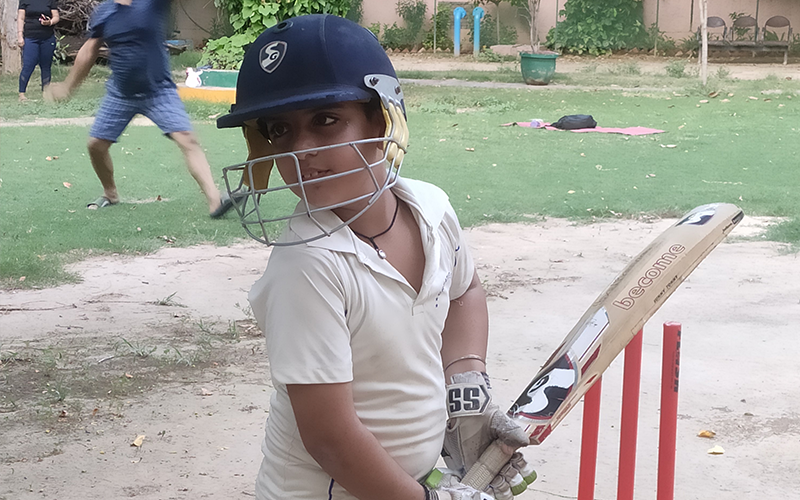 Which is the game that you will never forget?

The match against KPS on a very wet pitch, we lost the toss and we had to bat first Gaurav made 23, I made 21, Addi made 19 and we managed to reach 121 in 20 overs and they were comfortably placed on 78 for 2 in 11 overs and then came the twist Gaurav, me and Aditya bowled such a spell of spin bowling that in the end, we beat them by 12 runs.

What’s the toughest aspect of being a cricketer and what do you enjoy the most about it?

The pressure of performance is always there and most tough is stopping myself from eating yummy food that’s full of fats but I enjoy being a player it’s so satisfying when I see my parents, my coach sir and my school feeling happy and proud.

What important lessons have helped you progress up the cricket ladder?

Technical knowledge of the game which I’m learning from my coach that is the biggest difference between me and other kids. He wants me to learn slowly but effectively.

What else do you do? Is there something else that you do that you like to perfect outside of Cricket?

I love doing skipping because of the numerous benefits. If you look at it, it’s simple, easy and a whole lot of fun, plus you get to burn a lot of calories while you are at it. I also love watching the Japanese manga series Shin Chan. 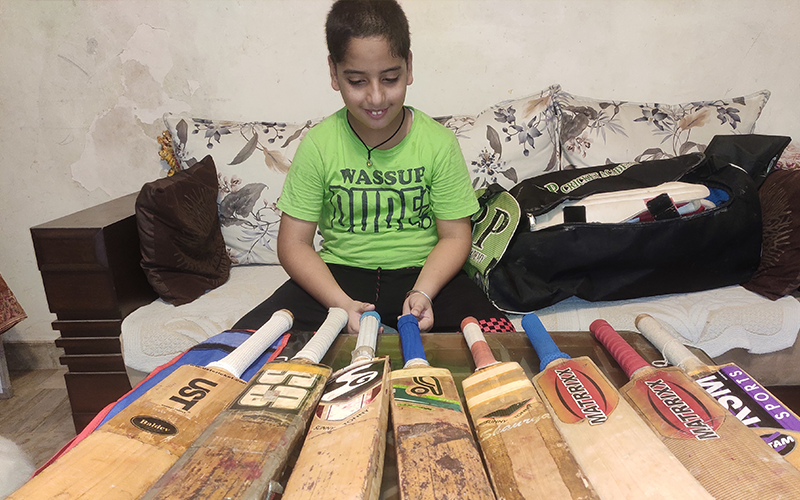 What are your future plans as far as cricket goes? Do you hope to continue training through your school/college years and beyond?

My dream is to wear that Indian Blue Jersey and play for the country but right now my main aim is to crack U-14 DDCA at the age of 12.

Favorite movie: Sachin: A Billion Dreams. A lot to learn from that movie

If you could meet anyone in the world who would it be? It doesn’t have to be a cricketer: Roger Federer

If you could spend 24 hours in anyone's shoes, who would it be and why? Sir Rahul Dravid. I want to see how he remains so cool and calm and so mentally tough.

What do you do to switch off from the game? I can’t even think about this by intention.

Do you miss cricket?