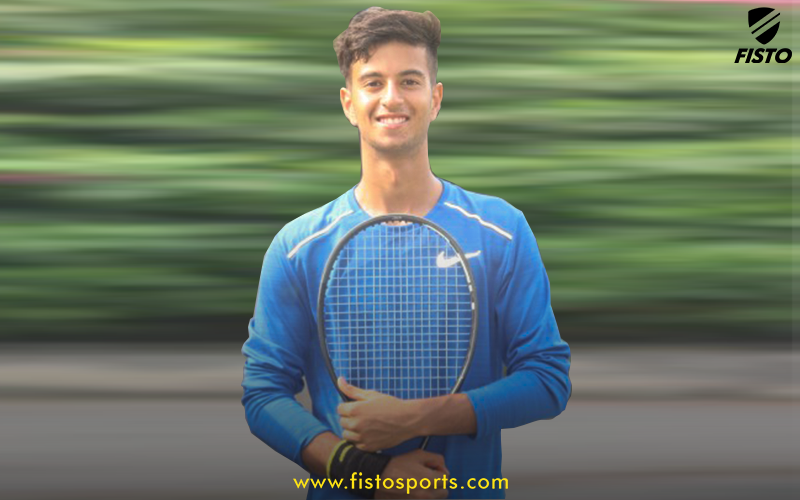 After establishing himself in both the state and also the national circuit, it is about time people started to take notice of the young lad from Ludhiana, Punjab.

Dhruv Tangri made his first foray into tennis at a young age when he used to watch his neighbours play at the tennis court and wanted to try his hand on it and subsequently convinced his dad to play the sport and since then, there’s been no looking back.

Over the course of the years, Dhruv, who’s currently studying 12th standard at Cambridge International School in Phagwara, Punjab, has won multiple titles including winning the Nationals U-16, four ITF Grade 5 titles, and a U-18 national series title. 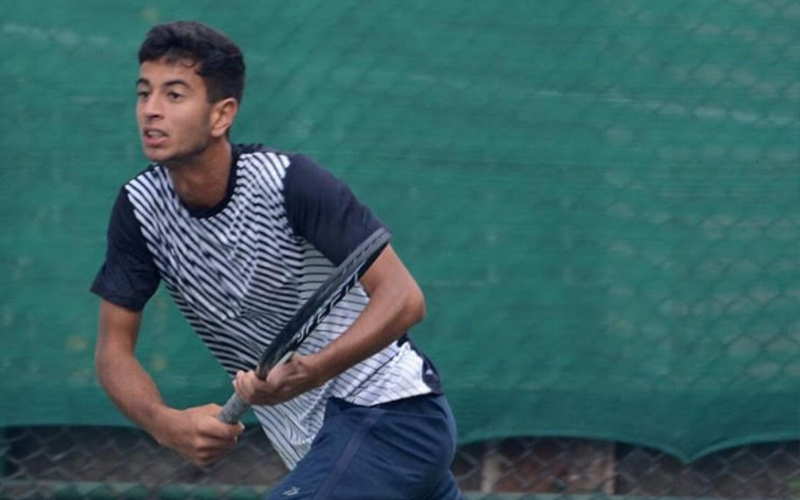 By his own admission, Dhruv is a huge fan of Novak Djokovic and values his mental ability on the court and shift in as well as exhibiting intelligent movement in tennis.

While he isn’t the quickest, Dhruv knows how to use his acceleration in bursting away from challenges and in many ways, this composure and understanding sets him apart from his peers.

With all that being said, Dhruv Tangri is a massively talented lad who is only seventeen years old, the future looks bright and a few more titles could show that.

First of all, how did it all start? Take us through your path to Tennis?

So, when I was in 4th standard a coach used to train a guy in my colony, my school bus used to cross that tennis court every day and I used to see him playing. I loved the idea of how this sport was played and I really wanted to join so I convinced my dad to join it.

When did you start taking tennis seriously and who played an important role in helping you realise your potential?

I was 14 when I started playing tennis as my profession, not my hobby, my parents encouraged me and made me believe that I could have a good future in this sport and I started performing well in under 12s and 14s so that gave me a sense of belief too.

Who were your tennis idols when you first became interested in the sport? What was is about their character or achievements that you admired?

Novak Djokovic has always been my idol. What I loved about him was his footwork and his mental ability on the court, in terms of how he always picked himself up when the crowd would be on his opponent’s side.

I train at Saga Tennis Academy in Ludhiana, Punjab. I coach under Jajbir Saran and Ravinder Saran. 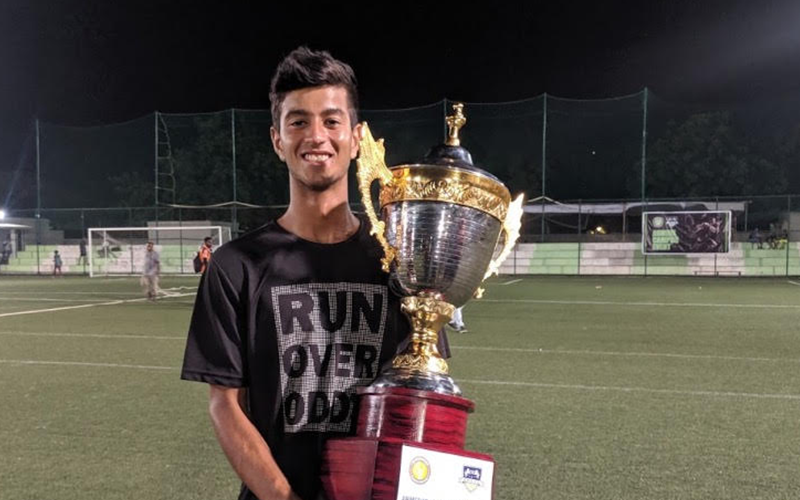 How do you balance the rigours of tennis and education at the same time?

I feel that balancing academics with tennis is the most challenging thing for an athlete. I don’t study as much as a regular student but when I do, I make sure I make the most of it.

My biggest achievement till now would be making the finals of singles and winning the doubles title of Under-16 Nationals.

Yeah, there are times when I get frustrated by something, I am not able to do but I guess I have a great support system around me. By support system I mean my family and my coaches who lift me up whenever I’m feeling low but I feel that’s a part of the journey because success wouldn’t be that joyful without struggle and pain.

Yes, endurance is really important for a tennis player and that’s why my coaches have made a schedule for me which has fitness sessions twice every day and I think nutrition also plays a major role in building your stamina so that’s why I try to eat well and healthy. 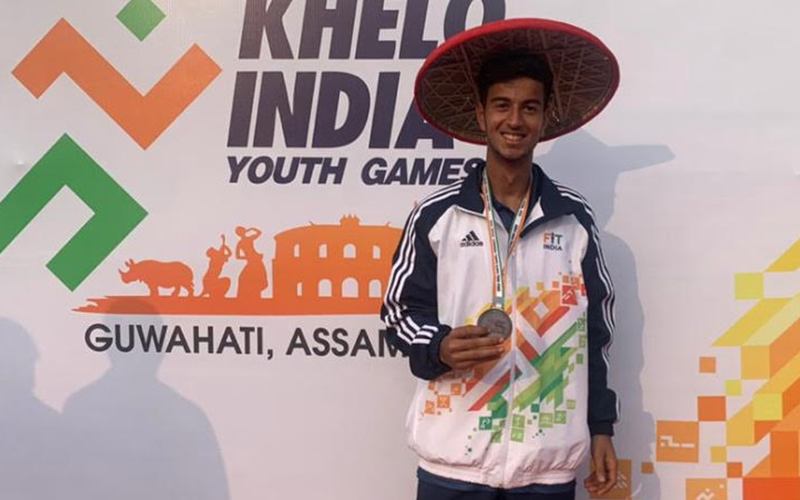 So I went to play a Super Series Tournament in Pune once and there was a chair umpire who got impressed by me as I had hit a tweener winner in my last match so we spoke a lot off court and he really got along well me. So, he was the referee in my match and he literally used to talk to me in between the break events and joke about stuff. So even when I was hitting big outs the guy was giving them in and I used to laugh every time this happened. It happened 5 times and the 6th time I got embarrassed and I told him to stop doing it as the opponent was so annoyed.

If not tennis player then I would love to join police at a good rank.

I would say Volley as it comes easier and naturally to me.

Which is your favorite social network and why?

Instagram is my favourite social network because sometimes looking at memes can be a great time pass plus through Instagram, you can get the latest updates of your friends and favourite celebrities too. 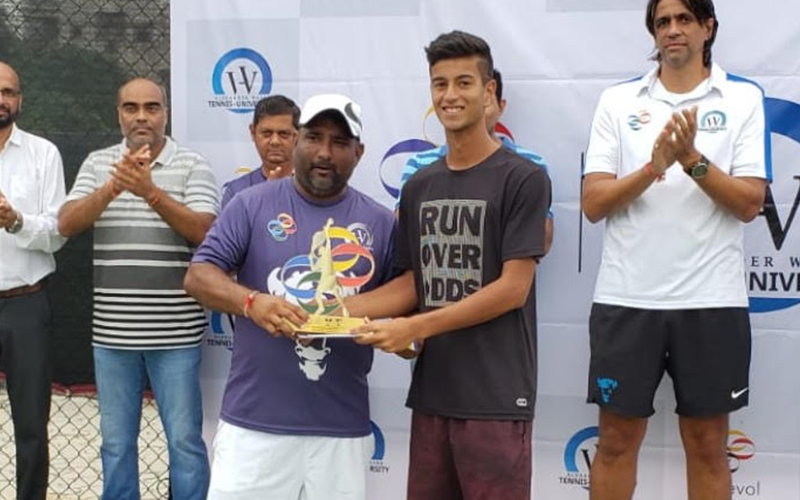 My favourite tournament is the Australian Open.

Finally, what goals have you set for the next few years of your college/school? Is there a level you would like to achieve?

My short-term goal would be to play a junior grandslam next year and get a college with a high level of tennis. Wearing India’s jersey and playing for it in the Davis Cup is my all-time goal.