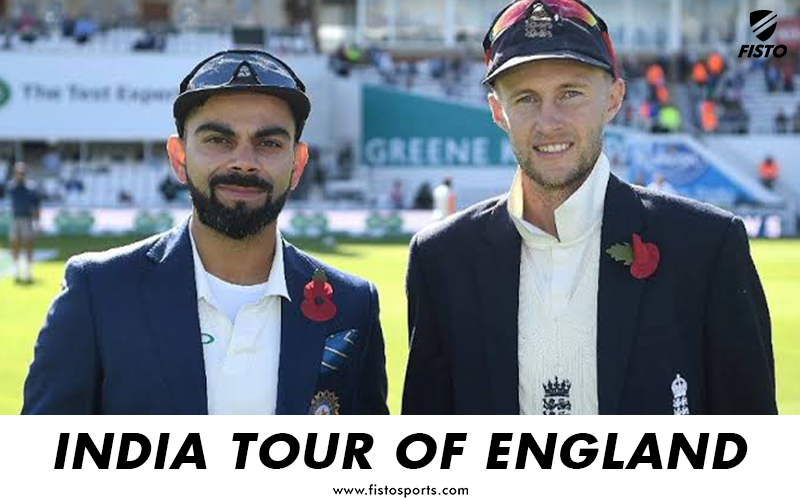 India and England, the two giants of modern-day cricket, are all set to face each other for a five-match test series beginning from the 4th of August, what are some things to look forward to?

While team India are on a purple patch right from the beginning of first the WTC cycle, England are not much far either.

Team India will be very excited with the way they played in their last overseas test series in Australia where they got a 2-1 victory despite losing a few key players to injury.

At the same time, they also earned the number 1 spot in the WTC points table.

However, England is still the toughest side to beat in their home conditions.

Team India’s recent record in England is not pleasing too. They had lost against England by 4-1 the last time they travelled here in 2018.

The scoreline in 2014 was 3-1 and 4-0 in 2011 which shows why traditionally England tour is considered as the toughest challenge for the Indian side.

The swinging overcast conditions, the duo of Anderson and Broad, and a number of match-winners in the English line, all these factors together will make things even harder for Indian Team.

England can definitely be considered as a final frontier for Team India as it’s the only country where we haven’t got much success in the test format for a long time now.

Let’s have a look at the factors that can affect India’s performance in England: -

English conditions, traditionally have been quite challenging for all the travelling teams. There’s no place other than the UK where the weather changes in such a swift manner and actually dictates how the game will be played.

In bright sunshine, the conditions can be really flat and within an hour it can get so overcast that even 60 overs old ball starts moving drastically.

Sustaining in such conditions will be a tedious task for Indian batters.

James Anderson and Stuart Broad are legends and when the ball starts moving, they can destroy any batting lineup.

Along with them, Jofra Archer, Mark Wood and Ollie Robinson can be lethal in those conditions and can make batting look horribly tough on any given day.

3. Form of the Indian batting lineup

India may have done really well in the last couple of years in the longest form of the game but everyone knows that it’s the batting that has some issues to be resolved.

While Rohit Sharma has been in and out of the test squad, key batsmen like Virat Kohli, Cheteshwar Pujara and Ajinkya Rahane have been quite inconsistent.

It is the bowling lineup that has always come to the rescue both in Indian and overseas conditions.

The trio of Mohammed Shami, Jasprit Bumrah and Ishant Sharma will have a big responsibility on their shoulders once again.

They will be backed by Umesh Yadav and young sensation Mohammad Siraj and Shardul Thakur.

On the other hand, Ravichandran Ashwin will be craving for some success in English Conditions and will be accompanied by Ravindra Jadeja.

Team India will definitely look to play both of them together for a stronger combination.

Considering all the above factors it clearly looks like a battle between English pacers and Indian batters.

All the senior guys will have to take some leadership and guide the youngsters like Rishabh Pant and Mayank Agarwal for better returns.

The batting lineup’s success or failure will decide the direction of this series while England will take this series as the final opportunity to prepare for the Ashes and hence won’t leave any stones unturned.

If Indian batters failed this time too, it would become literally impossible for the Indian Team to leave an impact during the five-match test series.