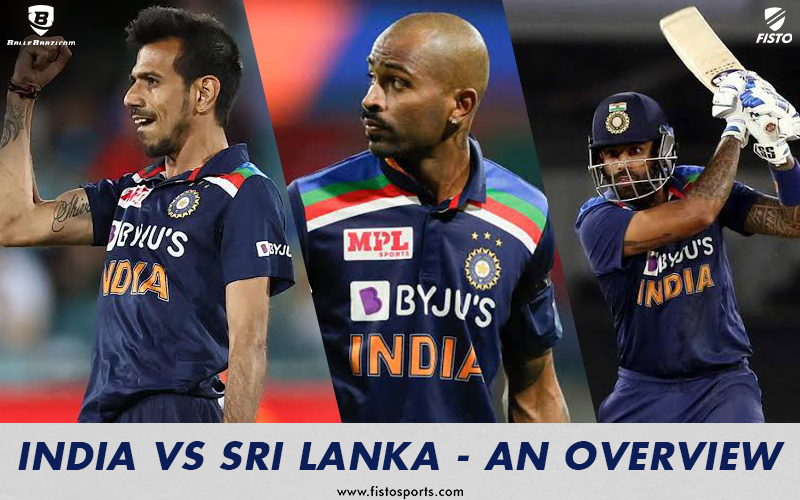 It’s the first time an international team sent their squads to two different countries at the same time to play two different series.

While 24 players were in England preparing for the test series, it was a bold move to play another international series without these guys.

Things got even tougher for them when Krunal Pandya tested positive for Covid-19, and he along with 8 players in his close contacts were isolated from the squad.

Team India showed some real character when they decided to complete the series only with 11 available players and just 5 specialist batsmen.

Even though they lost the T20 series, there were some really positive things to grab from the series.

So, what were the highlights of this series. Let’s have a look:

Winning my ODI debut series feels amazing 💯🏆
Proud of the boys 🙌🏻
No better feeling than to play and win for 🇮🇳♥️
Onto the next one ➡️💪🏽 pic.twitter.com/vJUzyogFDL

On the other hand, Suryakumar Yadav was consistent in all the four games that he played and thus, was awarded the Man of the Series award too in the ODI series.

His consistent performance in this series along with the way he’s batting for the last 2-3 years has earned him a call for the test series in England.

It’s been more than two years since the combination of Kul-Cha has been used by team India.

As Ravindra Jadeja is in England, team had the chance to play Chahal and Kuldeep together, and they did really well in the first two ODIs.

Even in the T20s they didn’t play together but did well individually and the spark was there for both of them which is a really good sign ahead of the T20 World Cup.

“I feel that Hardik Pandya's absence could prove fatal for India. He had bowled well in Nottingham and this time the series will start in Nottingham itself,” @harbhajan_singh said. #ENGvIND https://t.co/CpzoaeDvkN

There were a lot of question marks over Hardik Pandya’s bowling before this series. He did bowl his share of overs but still he didn’t look 100% fit.

The worrying sign was his form with the bat as he couldn’t score even a single big score in the four games.

A competitive series where both teams gave their best. Lots of learnings to take back from the tour, areas where we can improve, and we grow together as a team. To wear the India blue is always a special feeling. Onwards and upwards 🇮🇳 pic.twitter.com/817C9UKvBr

Giving an opportunity to young guys and two check the combination before the T20 World were the priorities of this series for Indian Team.

They decided to hand five debut caps in the last ODI and four in the second T20.

While Rahur Chahar was really impressive right from the word go, Chetan Sakariya and Varun Chakravarthy also did well when they got their opportunities.

His bowling kept the Indian Team in game, and he has definitely proved himself to be a good prospect for the T20 World Cup.

Prithvi Shaw was good too with his scintillating starts in the first two ODIs but couldn’t grab a big score.

Ishan Kishan has also put a strong case for the position of back up wicket keeper.

While Indian Team will be pretty impressed with the way things went in this series, there were certainly some concerns as well.

Middle order failed everytime when the top order didn’t give a good start. This is an issue going on for a long time now.

While this series has answered a lot of questions, but the middle-order conundrum still hasn’t been solved.

With Virat Kohli thinking to open the innings in T20 matches things can get even worse in the middle order.

That’s one riddle that Team India badly wanted to solve but couldn’t in this last international series before the World Cup.