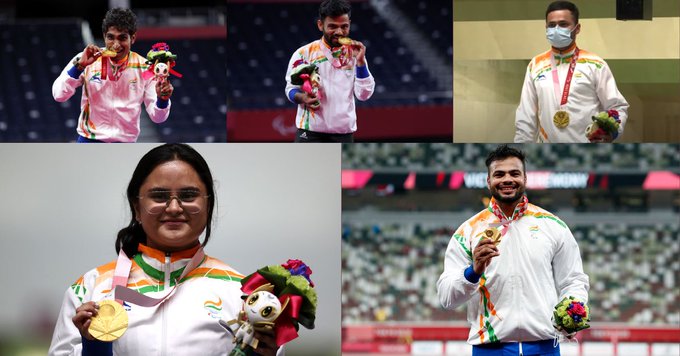 India’s paralympians managed to be all these and way more in an epoch-making marketing campaign on the Tokyo Games the place an unparalleled 19 medals, together with 5 gold, helped them log out twenty fourth within the general tally — the best ever.

India sent its biggest ever contingent of 54 para-athletes across as many as 9 sporting disciplines at the Games. Badminton and Taekwondo made their debut in Tokyo, both of which were represented by India.

Since making its first appearance at the Paralympics in 1968, India had won 12 medals in total till the 2016 Rio edition. The country has now massively improved upon that entire number by 7 medals at the Tokyo Paralympics 2020 alone.

Smiles all the way from Tokyo!

Our Champs received a warm reception on their arrival. Take a look at their smiles which are a reflection of their hard work & dedication

We thank you for all the remarkable memories. 🇮🇳 is proud of you

Out of a total of 162 nations, India have finished 24th in the overall medal tally, while its accomplishment of 19 medals is ranked 20th based on the number of medals.

The Gold medalists from the Indian contingent at Tokyo Paralympics were

Find yourself someone who looks at you the way @AvaniLekhara looks at her medal. ❤️#Tokyo2020 #Paralympics pic.twitter.com/R0ZngaqvsU

The records made by the Indian medallists are as follows