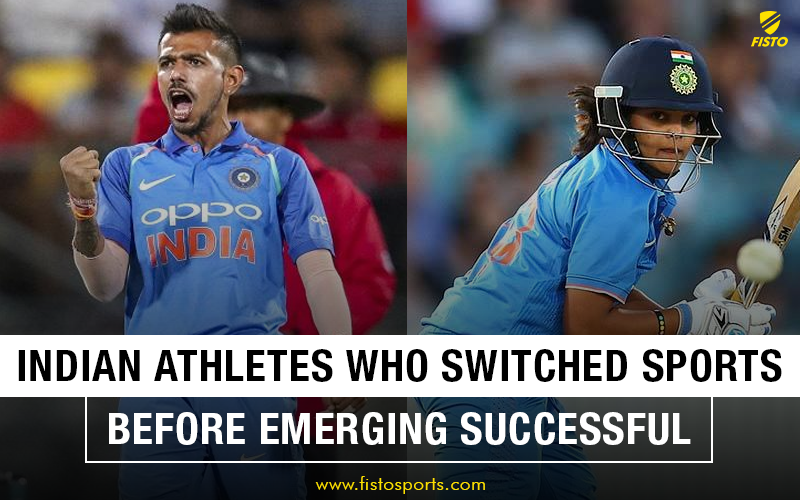 We take a look at athletes who decided to change careers that brought them new, or continued, success.

Most of the Indians, are familiar with the tale of a little boy who started his journey as a keeper guarding the goal post and went on to become the best skipper of the Indian Cricket team leading the National team to two World Cup wins. Alike M.S.Dhoni, there are many athletes who changed their courses amidst the journey due to various reasons and earned success.

Here’s a list of the Indian sportspersons who switched sports and found success. Gurpreet Singh Sandhu, the wall of Indian Football team who has amassed various firsts for team India at such a young age, wanted to be a cricketer initially and tried a hand in cricket before taking on Football. His father’s love for cricket and his house situated near the Punjab Cricket Association, pushed him towards cricket, but it did not take him very long to realize his interests lay in a different glove. Soon he picked up football and reached glory. Looming behind the canny spinner in blues who outsmarts the best batsman with numerous variations, lies a National U-11 Chess Champion.

The leg-spinner, started his sporting career with the board, at a young age of six on being insisted by his father. He found drastic improvement and started winning state tournaments and he also won the National U-11 Championship in 2002 and represented India at the World U-12 Championship. Anyways, cricket was the sport he loved the most and  adding on to it was his family’s inability to fund further for chess, and so  he switched on to the willow sport. Neeraj Chopra, who is one of the best Javelin thrower from India, aspired a profession in cricket as a small boy alike the fellow Indians. He played cricket and Volleyball and it was his uncle who made him quit cricket and take up Javelin throw when he was 13 years old. Very soon he rose to fame on breaking the U-16 National record and very soon started breaking numerous records that lead him to the World IAAF U-20 Championship. Fondly regarded ‘Ding Express’, Hima Das from Assam, came into the spotlights on marking a historic 400m gold at the IAAF U-20 Championship. Despite etching history by reaching a feat no Indian has, she carved to don the Indian football Jersey and Football was the sport she was most passionate about. She played football in her school but it was her school Physical education teacher who found her potential as an athlete when she started winning district championships prior receiving formal training. Pullela Gopichand, who has served Indian Badminton as a player scaling great heights on winning the All England Open and a coach producing two Olympic medals, wanted to take up cricket when he was young.  It was his brother elder brother who forbid him from taking up cricket and introduced him to the racquet sport. The aggressive Indian batswoman known for her exploiting batting style was a Karate black belt holder before she started playing cricket. The Karnataka middle order bat took up Karate as advised by her father when she was young, but she always loved cricket and wanted to play it and so she switched on to cricket.