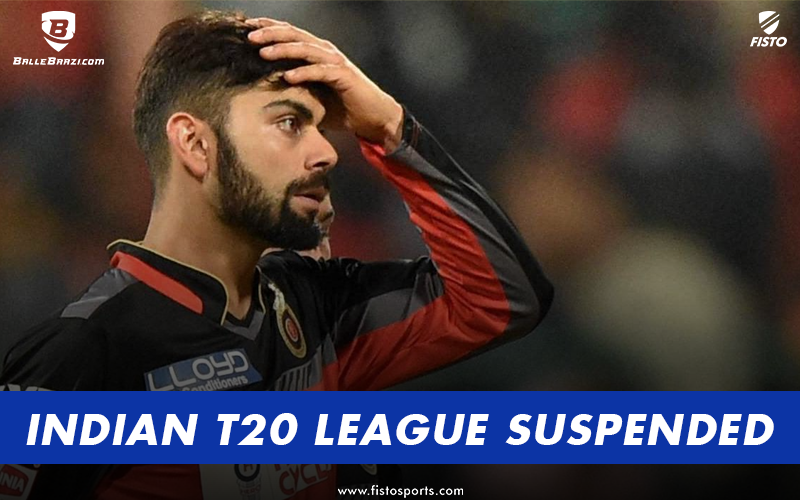 MAY 4th was an eventful day for the world of cricket, as the Indian Premier League (IPL), which is the largest domestic cricket league in the world, was indefinitely cancelled due to the various issues brought about by the Covid-19 disease.

IPL 2021 was never going to succeed, and the signs were there from the beginning. With India being hit severely by the second wave of Covid-19 disease, continuing with such a huge tournament in India was never going to be well received by anybody, least of all the public, but there was always a counter-argument for the opposite.

Regardless, it was unlikely that every member of every franchise would be safe at all times. That is now how the world works, and the BCCI (Board of Control for Cricket in India), which is the tournament’s administrator, was going to experience the harsh reality sooner or later. A 60-match tournament, which was going to be held over roughly two months, will take a toll on people eventually, and sure enough, the IPL was called off as it approached the halfway mark of the season.

What started with Varun Chakravarthy (KKR) testing positive led to similar news in the Sunrisers Hyderabad Camp as Wriddhiman Saha also tested positive soon enough. What followed was a flurry of Covid positive tests from members of each of the eight franchises, and hell broke loose. While a lot of money was invested in this season’s IPL, nothing is more important than human life, and the BCCI agreed, frustratingly so. Foreign players wanted to return to their home countries, while players like Ravichandran Ashwin and Adam Zampa had already voluntarily opted out of the tournament.

While last year's competition (IPL 2020) was carried out successfully in the UAE, it was because of stricter restrictions, and the added advantage of UAE not being of the red zones in the world. India suffered terribly through the second wave of Covid-19, and the IPL started in all the chaos that took place during the second wave.

While the decision to hold the IPL was a mutual one between the BCCI and the eight franchises, it was ultimately the wrong one. More venues lead to more movement, and bio bubble or not, an airborne disease will always find its way in.

After news broke about a couple of players being tested positive for Covid-19, the BCCI did consider shifting the entire tournament to Mumbai, which by now, was reporting relatively lower cases than the other cities which were scheduled to host the tournament. However, what had to be done had to be done, and the BCCI eventually put out an official statement on May 4th regarding how they will proceed with the situation.

“The BCCI does not want to compromise on the safety of the players, support staff, and the other participants involved in organising the IPL. This decision was taken keeping the safety, health, and well-being of all the stakeholders in mind.

“These are difficult times, especially in India, and while we have tried to bring in some positivity and cheer, however, it is imperative that the tournament is now suspended and everyone goes back to their families and loved ones in these trying times.

“The BCCI will do everything in its powers to arrange for the secure and safe passage of all the participants in IPL 2021.

“The BCCI would like to thank all the healthcare workers, state associations, players, support staff, franchises, sponsors, partners, and all the service providers who have tried their best to organise IPL 2021 even in these extremely difficult times."

While the BCCI did suspend the competition indefinitely, they were keen on expressing that the tournament was not cancelled, and if things do get better, it could be resumed.

It was important to make this distinction because of the financial backlash the BCCI could suffer if the tournament was indeed cancelled.

IPL, being one of the most-watched sporting leagues in the world, garners a lot of money through TV deals, sponsorships, and even ticketing, when fans are allowed inside the stadiums. While losing the source of ticketing income has been a huge loss to the eight IPL franchises and the BCCI, losing all three sources could be catastrophic.

The BCCI had earned up to Rs 4000 crores last year through the IPL without the fans inside the stadium. While IPL 2021 was going to be started similarly, i.e, on a broadcast platform, there is still a lot of money involved, something the BCCI could lose if they do end up cancelling the tournament.

The BCCI earns Rs 67 crore from every match broadcast, and now they could end up losing more than half their revenue due to stopping the season after just 31 games. This 2000 crore loss is a massive one, as its equally distributed between the BCCI and the eight franchises. The income received by the BCCI from the IPL is transferred to the central reserve pool, which is then shared equally among the BCCI and IPL franchises.

Moreover, all the eight franchises as well as the BCCI, have several sponsorship deals in place, which range from over 5 crores to 40 crores. These sponsorship agreements reportedly come up to 500 crores per franchise, given to them by several brands for media exposure. Thus, if the BCCI does cancel the tournament altogether, quite a few of the sponsors involved could end up paying only half the amount to the BCCI and the eight franchises, after activating the specific clauses in their contracts with the concerned parties.

Thus, there is a huge chunk of money that all the involved parties could lose out on due to the cancellation of the tournament, and the BCCI are doing everything they can from preventing such a scenario.

It is what it is. IPL 2021 was never going to stand the test of time, and it probably never will unless the entire world is safe from this pandemic. There are a lot of facets to consider before the competition is resumed again, and only time will tell if it is indeed possible to avoid cancelling this year's tournament.

Where do you think the current IPL season should be held