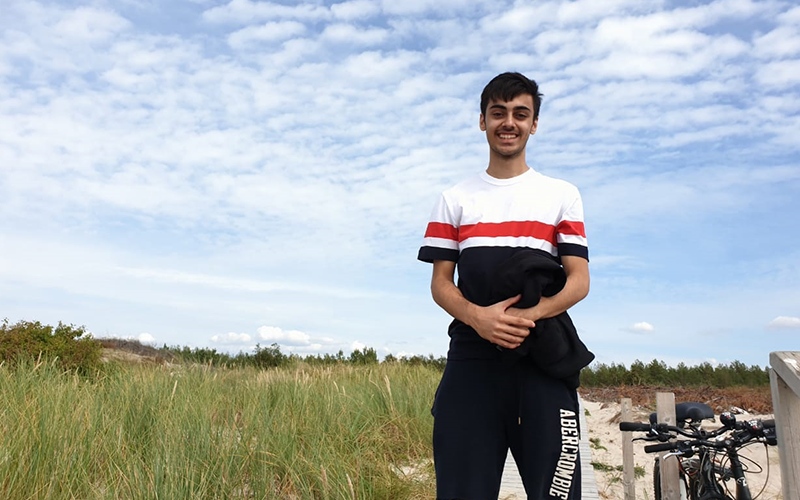 Given the dearth of young badminton talents emerging from India right now, Varun Kapur seems like a rose among the thorns.

Born in Ballygunge, West Bengal, Varun Kapur is a product of The Saturday Club, and he has always remained a notch ahead of his age group.

The talented youngster has enjoyed a whirlwind 2019, where he reached a staggering 6 finals on the BWF junior circuit in 2019, finding success at the Valamar Junior Open, the Cyprus Junior and the Lithuanian Junior and he brought that momentum into the new year to finish as the runner-up at the Hungarian International Junior Championships.

The 17-year-old Varun Kapur’s passion for badminton was such that it propelled him to move from Kolkata to train in Pune with his mother at the tender age of 11. It only emboldened him as he blossomed into one of India’s finest rising stars, currently perched at a junior world ranking of 5.

Varun’s playing style parallels of Indonesian shuttler Taufik Hidayat’s in quite a wholistic manner – he epitomizes the modern attacking shuttler. He excels in speed, strength, accuracy and a fair amount of deception, displays admirable determination, and shows composure in high-intensity settings. His speed and agility are x-factors of his game. His conjunctive and imposing style of play can only improve, and his skillset could provide him with a platform to become one of the best in the game.

Varun’s rise to prominence has been slow, but finally, the world is taking notice of him. It is no surprise that he is quickly being regarded as one of the best up-and-coming talents in the game at present and it will be exciting to see what the future hold for him.

You are very young and have quite a few medals under your belt, and I am sure it must have been a quite whirlwind journey, so tell us about how you got into badminton at the first place, what inspired you as a child to take up professional badminton?

My father used to play at The Saturday Club in Kolkata and he would take me along since I was six. That’s when I got hooked to Badminton and eventually thought of trying it out. I soon realised I was pretty good at it and my performances kept getting better. And from then on there was no looking back.

When did you start taking badminton seriously and when did you say: yes, I will dedicate myself to badminton and who played an important role in helping you realise your potential?

After I started getting results at the state level in West Bengal at the age of 11 was when I decided to pursue badminton seriously. My coaches Badal Bhattacharya and Laltu Guha helped me realise my true potential and supported me to achieve some things that I would never have thought myself capable of.

From the very start, I have looked up to Lin Dan because of his attractive game style. I admired the fact that he would always look like he was in control of the match no matter what the scoreline.

In how many tournaments have you participated and which have been your best results?

I have participated in many tournaments at all the levels from district to international. I think my best results have been when I won Valamar Junior International at Croatia also the bronze medal I won at the Sub-Junior national championship which was held in Bhubaneswar.

My first success was when I won Under-9 and Under-11 in the same tournament at the age of 8 in Kolkata. At the moment, I was so excited and happy, even though, I had bruises all over my knee from the constant diving.

During pre-competition, I like to follow my own routines and if possible, watch some matches. My parents understand that and give me my space. This helps me stay in the right frame of mind.

I have been able to manage my studies and playing and have achieved acceptable results So far. Until 10th, my school Ryan International were extremely supportive in terms of allowing me to miss certain exams and miss the first periods if I had practice sessions in the morning. Now I am studying in National Institute of Open Schooling (NIOS).

Who is your coach? Where do you train currently?

Despite your young age, you seem to play well under pressure. Please tell us about your mental game.

My game and the way I mentally handle pressure has improved a lot in the past two years because of working with Gayatri Vartak.

My strength lies in my strokes and my speed on the court. I need to improve my strength.

So, what has been your biggest challenge or set back while playing badminton?

The biggest challenge so far has been the time I shifted from Kolkata to Pune to pursue badminton at the age of 11 with my mother.

There is no particular person I have a rivalry with. In fact, I enjoy playing different players with different styles and different games.

Luckily, I have very supportive people around me right from my coaches to my friends. They always encourage and help me to keep my spirits high.

Participation in sport has helped in a lot of ways like handling pressure, how to deal with failure and how to stay positive in the tough times which I think will help me in all spheres of life.

My biggest accomplishment in badminton is becoming World No.3 in March of this year.

I would have loved to play another sport, preferably, football

I am a big foodie I enjoy eating desserts and fast food but I restrict myself to eating junk food to only once a week.

Non-badminton athletes that you admire the most and why?

Which are your short and long-term objectives as a Badminton player?

My short-term goal is to become junior world number one and then start focusing on the senior tournaments. And in the long-term, I would like to represent India at the Olympics and hopefully win a medal for my country.