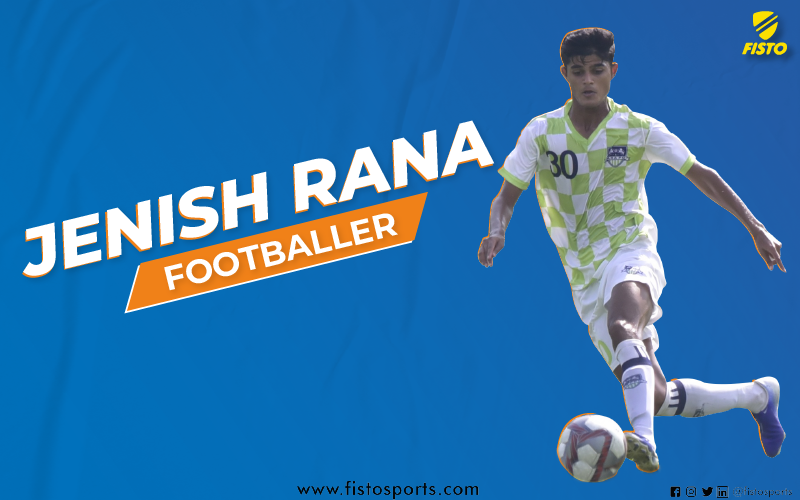 At 21 years of age, Jenish Rana has only spent one season in a professional league but has already shown a lot of promise on the road.

With football being embraced amongst Indians like never before, and there has never been more opportunities for ambitious footballers to make their mark in the professional game.

One such talent is Jenish Rana, a 21-year-old Fast&Up athlete from Ahmedabad. Currently plying his trade in the second division of I-League with ARA FC, performing with such a consistent smile on his face, and tells us he has never felt so confident in the realms of the professional game.

STARTING OUT AND INSPIRATION

Everyone has to start somewhere. Indeed, for Jenish Rana from an early stage of his life looked set to have a career of some description in sports.

“As long as I can remember, I have always been a sports lover since I was a kid because my mom would always send me to the coaching classes of different sports like skating, swimming, badminton, cricket, and football.”

During his formative years, career in football was not something he really considered, but he was always happiest when on the pitch, though. After playing different sports, the Ahmedabad native never thought he would find himself swayed by football but destiny always opens a door unexpectedly:

“I think it was during my second grade that I went for my first coaching classes and it was just a two-hour session. I still remember how happy I was playing football. I immediately fell in love with the sport and the coach also liked my game. When I came back home after the session and I told my mom that I wanted to be a footballer and that is how it all started.”

While growing up, Jenish adored everything about the-then Real Madrid legends Cristiano Ronaldo and Sergio Ramos:

“I like Cristiano for the way he plays the game and his work ethic. And Ramos for his measured and precise defensive skills since I also used to play as a defender, so it is natural that I look up to Ramos and watch his videos before practice and try to emulate on the pitch. I wanted to be just like him.”

The passion for his sport defines him, but there is far more to him than the obvious narrative. By training twice a day alongside being a college student and professional footballer, it is fair to say that Jenish, who is currently studying at LJ University in Ahmedabad has a bug for keeping others enthralled with his incredible football tricks and tutorials; when you take into account that he has an Instagram page dedicated to football training skills and freestyle which has now over 47k followers.

On being asked about his inspirations for becoming a social media content creator and his initial expectations:

“The main inspiration came from my friend who also used to post videos of gym workouts and football training. I used to look at them every day and it got me motivated to do the same. But I do only football skills and make tutorials about those skills, so that people who are following me can also learn and do the same.”

While creating the account, Jenish did not expect a lot. He started doing it just for the fun because he like to do skills.

“It is really amazing to see how much the page has grown over the years but I had never expected to reach 47 thousand people to follow me for what I do and love. It is just amazing.”

When asked about his fondest memories as a content creator, he said:

“Manchester United legend Rio Ferdinand commented on one of my videos saying, “love that and keep up the good work.” I was speechless and I have never thought in my dream that I would receive nice comments from such a big name in the beautiful game.”

THE FIRST OF MANY

At 21 years of age, Jenish Rana has only spent one season playing in the professional league of second division I-League with Ahmedabad Racquet Academy Football Club and still developing his skillset in the cut-throat nature of the sport. But the improvements and the increased confidence are coming as fast as his obvious enthusiasm for the sport:

“Really, playing in the second division I-League with ARA FC was just about a big learning curve.”

“This was the first time I have got the taste of professionalism and everything was so well organized – from hotels to tournaments to travelling and training. I was absolutely chuffed.”

The breakthrough performance earlier last year where he made the least errors in his team further solidified his talent. And in one instance, the coach gave Jenish a good example to his teammates and small kids at the club convinced him to compete at the highest level. This type of experience is where you learn plenty about yourself. Jenish learned much and he feels that he has been fortunate to be picked up by ARA FC to be trained to become a professional footballer.

“After every game, every training session I get better. I am still learning; you never stop learning. When I joined ARA  FC, it was tough because I was scared during my first training session as everyone was older than me and I was the youngest player in the squad.”

“I was scared of making a small mistake and then shouting at myself but my teammates made it pretty welcoming and motivated me to play my own game.” 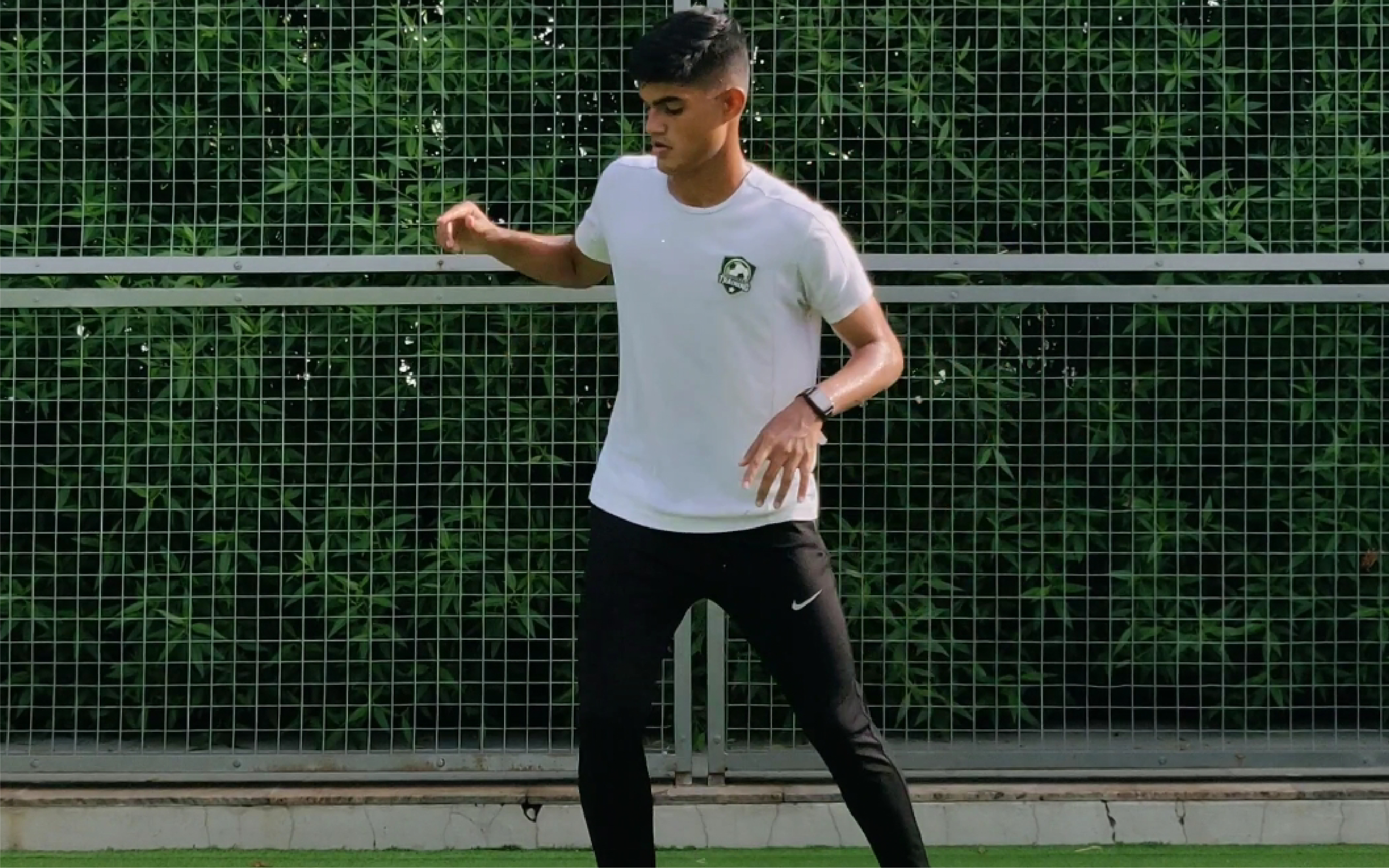 Of all his experiences he describes when his parents were recognized, respected and treated well during a school football tournament stand out as the most memorable:

Reminiscing the sweet memories, he said:

“I had a football match with my school team and there were a lot of people sitting in the audience and my parents were about to come to watch. And when they entered, people started talking to each other and saying that they are Jenish’s parents.”

“They really respected them and treated them very well and after the match, my parents told me how proud they were about listening to that and being recognized by his son’s game and it just made me so happy at the time.” 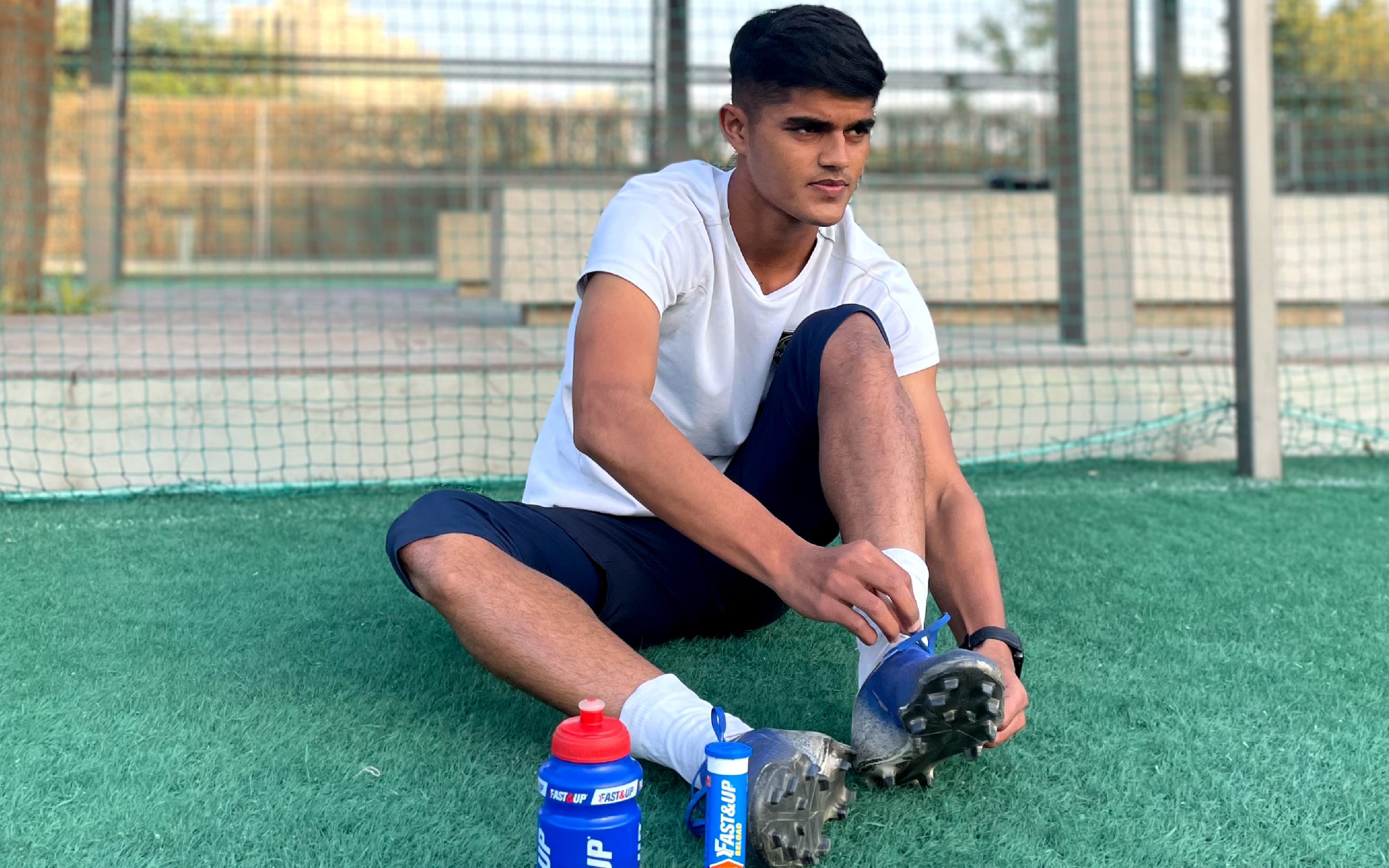 If there is one thing Jenish has shown himself to be good at, it is learning. He has made good progress already in his young career, so much so that he admits to even surprising himself at times. It helps too that he has been surrounded by talented friends and teammates.

It has been an unblemished start to Jenish’s professional career andwith admission, there is much to learn. But nevertheless, being a defender, the youngster is blessed with immense acceleration and a calming presence and his development going forward will be interesting.

His ultimate goal is to make the progression from I-League to ISL and eventually play for the Indian national team. He also acknowledges that he has a way to go before that can be a reality. For now, he is enjoying the climb, but there is nothing like a milder Gujarat morning to remind you that the road to the top is not always pretty.

Jenish says, “I take it step-by-step.”

Let us give you a very last round of flash questions!

Defenders scores rarely, but what is your ideal dream goal would look like?

My ideal dream goal would be able to score a winning goal in the final of a big tournament.

A celebrity you dream of clicking a dualfie with?

I would love to have a dualfie with any anyone of Lionel Messi or Cristiano Ronaldo. The greatest of all times.

Which country do you think will win the 2022 World Cup?

I either think France or England would win the 2022 World Cup because they both have a really young and talented squad. And I believe it will help them go all the way to secure the top prize.

I don't have any particular favourite boot as such but I like Nike Tiempo Legend 9. I believe it is tailor-made for defenders and currently, I am using different boots like Adidas X Ghosted and Adidas Men – Copa.

Which football team do you support and why?

I support Liverpool Football Club and the main reason being Virgil van Dijk. He is a perfect modern centre-back that any team would want to have him. He inspires me in terms of the way he plays the game and the leadership qualities he possesses and staying level-headed under pressure and calmly explaining things to teammates style. I try to learn from him and that is the main reason I support Liverpool FC.