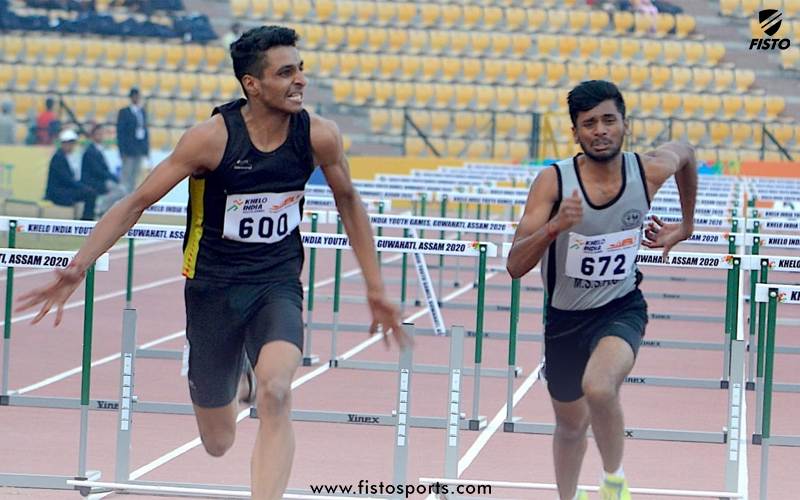 Athletics runs in the family for Madhavendra Singh Shekhawat.

Madhavendra Singh Shekhawat, is a young hurdler coming up through the ranks of Rajasthan, stormed for gold in the  U17 110m hurdles at the Khelo India Youth Games in a time of 14:44.

Madhavendra, student of St. Anselm’s, jaipur, like everyone else, hopes to make it on the Indian national team in the distant future.

He has his sister to thank for his success as a sprinter. Or even him becoming one in the first place. His sister, Priyanshi, elder by four years was the child prodigy who turned sprinter in school and even took part in the CBSE nationals for her state.

:As a kid, right from the age of six, I used to follow my sister and try and force my way to training. I always wanted to do what she did and I pleaded with her school coaches to let me run with her,” he said.

Priyanshi was at an all girl’s school, so this was never a possibility.

"When the pleading didn’t work he told the teachers he was willing to wear a skirt and run if that’s what it took. As if that would work!”

It is this never give up, try again attitude that was the reason for him shocking the Sarusajai Athetics arena, as he stormed for gold in the  U17 110m hurdles at the Khelo India Youth Games in a time of 14:44. In doing so he beat two more fancied former national medalists, Kamal and Mohit of Haryana into second and third respectively.

“Prior to this result I have always ended up getting knocked out in the heats,” the St. Anselm’s, jaipur student said. “At the big events, whether it is the School Games or the Junior Nationals, I’ve always choked,” he said.

Every time that happened my father, a policeman and a former sprinter himself who would pacify me and tell me to keep trying. Now finally, the dividends are there for all to see.

While the sprinting itself was a family trait, the hurdles happened completely by accident. A torn gluteus medius ruined his 2016 season, and lying around he watched the Olympics and Jamaica’s Omar Mcleod storm to gold in the hurdles.

“There was something about the event that was more captivating than just running fast,” he said.

“Hurdles attracted me because it's an unique and individual sport, the glory is all yours alone unlike a team sport where the credit is shared. It was technical, it was more cerebral. As soon as I recovered I switched.” He learnt the basics of the technique with coaches in school and took it upon himself to coach himself better. His present coach Lokendra Bachera draws up his workout routine, but the work is left to him alone," he added.

Madhavendra credits his work ethic to his genes. “Obviously I come from a family of sprinters, but the truth is I'm a hard worker. i have down and out so many times, but I always get my head up and gets back to training.”

Madhavendra is enthusiastic and eager to do well in the coming years. “Right now, my aim is to work hard to improve my timing and perform consistently in the upcoming meets.” he ended.

M. P. Jabir: “The right decision at the right time is the reason that I didn’t face many challenges in my career”

Richa Chordia: “Rhythmic gymnastics become an inseparable part of my life and can't think of a day where I'm not doing gymnastics”

Rabichandra Moirangthem: “Hockey isn’t as big as cricket or football but my love for the game is eternal”