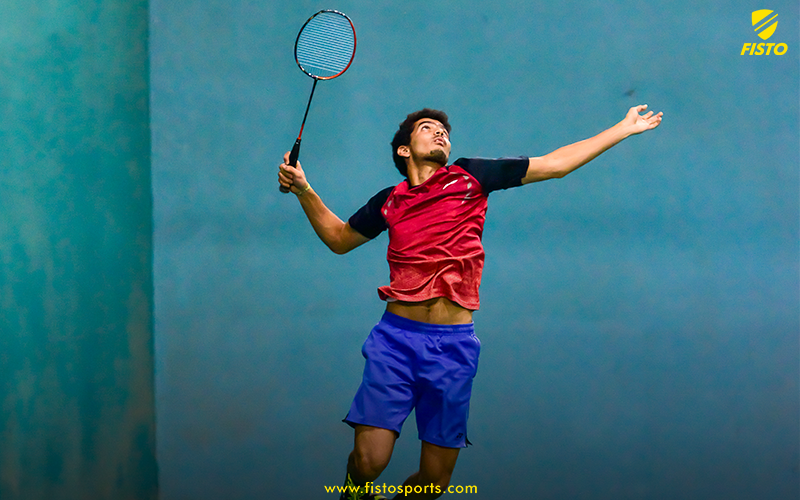 The 18-year-old Harshit Thakur is the latest sensation of an impressive batch of shuttlers emerge from the city of Korba in Chhattisgarh and currently nails down his spot – ranking No.1 in the state.

Harshit Thakur is a Korba boy, being born in the area, and his father was a shuttler in his heydays, was, undoubtedly, a great influence in his upbringing.

There are a couple of reasonable indicators of Harshit’s potential. Powerful on the ball, combative, technically impressive, the youngster ticks all the boxes for a modern-day badminton player; fast, strong, with the ability to stroke forehand cross court half smash.

His dynamic performances over the years have definitely put him in the spotlight, but he’s got a long way to go; the future is bright for the New Era Progressive School student and we’ll be watching closely.

At what age did you start playing badminton?

I started practicing badminton from the age of 13.

Was it your intention to be a professional player from the start or something fueled your interest towards the sport?

From a young age, I was always been intrigued towards sports activities as my father has played several kinds of sports. I used to play cricket when I was 9-10 years old and then I switched to badminton and hence started playing it professionally.

How were you noticed at the State/National level?

Failure is a massive part of being be successful. I have failed a lot over the past few years particularly during my formative years, but those failures have made me stronger and helped me grow. When I started playing badminton at the state level, I used to lose matches after matches and tournaments after tournaments. Slowly, I started playing better in both state and national level and today I am No. 1 in my state for the 4 years. And the time I got noticed at the state level when I won my first state championship title in 2016.

What is the role of your coach/parents play in shaping your badminton career?

My father was my very first coach as he used to play badminton in his younger days and he still corrects me whenever I go wrong. My mother supports me like anything in my diet to everything she is always there for me. I am blessed I have such supportive parents.

And as now I practice in BBBA, my coach is Bhaskar Babu sir, who gives me his complete attention and training so that I learn the best and become a better player.

On your playing career so far, which was the highlight of your career?

There was and is only one player I admire from the start in my life is Lee Chong Wei from Malaysia.

Technically, I was good at my strokes plays all over the court from the beginning. As of now, I am focusing on my strength, power game as well as mental strength.

Is it important to have a favourite stroke? What was yours then?

Yes! It is important to have a favourite or an extraordinary stroke in your game as you can use it anytime to trouble your opponent. My favourite stroke is forehand cross court half smash.

Can you name a few international players, current or retired, who you regard as best or famous for a specific technique or an area of skills?

Srikanth Kidambi – I don't think anyone has the better attack game than him in the world, setting up the rally and going for a deceptive very powerful smash is I see as the best quality in him.

Lee Chong Wei – He is retired now, but the speed and power at the same time he used to produce from his body was nearly impossible for many of the players

Who do you regard as the all-time best player?

I would regard Lee Chong Wei as the all-time best player as he has the most international titles in the world.

Are you good at your studies as well? If yes, how do you able to manage sports and studies? How’s your school/college supported your sporting career?

Being good in studies is possible, as my main focus was on badminton. However, I manage to study enough to score more than passing marks. And seeing my achievements, my school allows me to stay away and play badminton professionally. Only a month from exams, I start studying and give the exams.

Many players have routines, habits and superstitions when the travel and play badminton. Do you have any individual quirky things you do before a game or special item you carry with you in your bag that must go with you everywhere?

I would not consider as a superstition rather would say it is just a habit of mine that I pray before a match and before my practice sessions and nothing quirky but I carry a small photo of Lord Shiva in my bed.

During a long rally, I always focused and try not to play a very sharp stroke. Once I am in a good position and balance, I try to finish the rally with some fast and sharp stroke.

Apart from badminton whenever I get time, I love Cooking.

Where do you see yourself in five years?

In the next five years, hopefully, I see myself as one of the best international players from the country and getting selected for the Olympics.