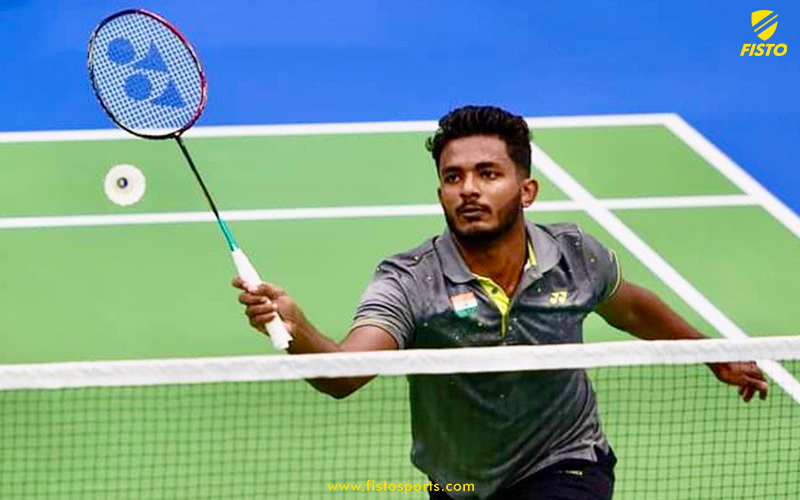 Edwin Joy is a part of the young exciting crop of talent coming from Pullela Gopichand Badminton Academy.

At 18 years old, Edwin has made some great performances and has burst onto the Indian badminton scene. He also is a player who started with the academy at a very young age and managed to work his way through from that level to win many accolades and has since progressed onto become the player he is today.

Specializes in doubles, Edwin Joy has a very positive style of play. His pace, control, jump shot ability and spatial awareness are top notch and are just a minority of some of his very impressive attributes.

His excellent gold-winning performance at the Bulgarian Challenge in 2019 along with the double-gold performance at the Junior National Ranking 2020 is proof of the fact that Edwin can excel with a coach who is willing to tap in on his strengths. Strong for his age, but still developing, he certainly has the potential to go all the way.

Please tell us a bit about your background and how many years have you been playing badminton?

And why did you choose Badminton?

My dad chose badminton as a sport for me to stay healthy and I gradually gained interest. Although I started playing the sport as a hobby, it ended up becoming my full-time profession.

Who helped you a lot during the initial days of your career?

It was none other than my dad who helped me. Even he is extremely sportive and did everything out of the way just to see the shuttle contact right. He has been always by my side and has also helped me a lot in improving my game and developing a better performance both on and off the court.

Where do you frequent for your badminton game? Who do you usually play with? Who’s your coach at the moment?

What has been your biggest challenge/ setback while playing badminton?

I lost my grandmother during a national ranking tournament, playing the next round after knowing the fact that I won't be able to see her for one last time is the biggest challenge I faced.

Do you have any aspirations in that sport?

Yes, I do have an aspiration like every other sports person, I want to win a gold at the all England champion.

I don't think about anything else but about putting the shuttle to the other side.

I think about how important this point is and to play the next round.

Do you have any other skills beside badminton?

I do draw very rarely and I also enjoy playing football.

Since I have good fitness sessions at my academy which includes track running, swimming etc. I don't do anything besides that.

Do you have any particular rivals in your sport? How much does having a rival motivate you?

I don't have a specific rival. My only motivation is to do my best and get a medal. I try setting goals every day, I don’t have a set-off day just in case something pops up last second. I think just personal improvement to better myself keeps me going as well as result.

I don't think about not being able to achieve result's which helps me stay positive and I pump myself by listening to music before every session. As I said, my passion for becoming the better version of myself is what keeps me going

My biggest accomplishment as of now was winning the gold medal at the Bulgarian challenge.

Being sportive helps us stay healthy, makes us stronger and it also helps us to push ourselves.

I can't think about any such possession.

Who would be your celebrity doubles partner?