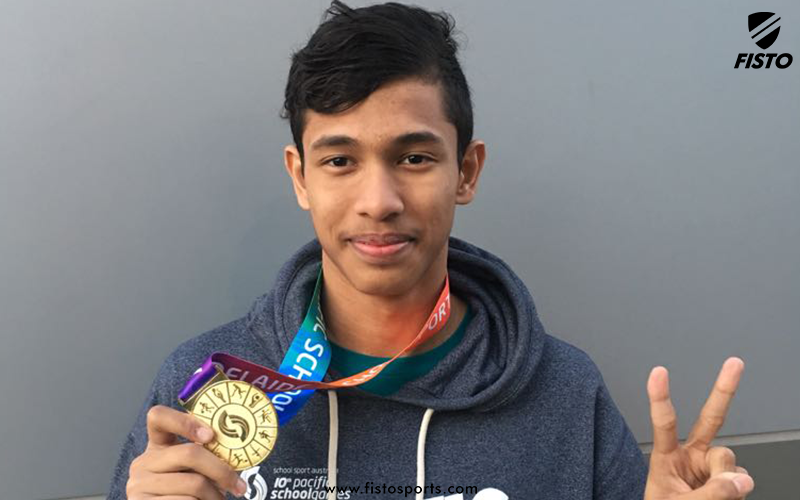 17-year-old Tanmay Das is part of the new wave of swimmers emerging from the country and he looks very promising.

A highly impressive CV of winning a golden double in 50m and 100m backstroke at the 2019 Khelo India Youth Games; finishing first and second in Pacific School Games, fourth in Asian age group in 2017, over-all champion in group 3 in 2015, and securing fourth place in senior national, Tanmay Das is one of the many young emerging swimmers in India and making major splashes at the highest level.

With swimming seemingly running in his blood, it was perhaps inevitable that the elegant and swift youngster would take it up as a career.

Swimming has been a major part of Tanmay’s life since he was a child. Plenty of successful swimmers began at a young age. That’s almost a given. But not many grow up with a relative (entire mom’s Tanmay’s family) were all swimmers.

Having a family history of swimmers didn’t automatically make Tanmay Das an elite. But, the way his swimming family molded him into the swimmer he is today shows how big of a difference having a swimming family made.

To get to where he wanted to be as a professional swimmer, Tanmay Das, specializes in backstroke like all impressionable teenagers, needed to have a steady hand to guide him as he grew in the sport. Of the many swimming influences in Tanmay’s life, perhaps none was bigger than that of his mother.

Tanmay’s biggest strengths are his speed and agility, which he uses to burst through or around the lanes. His conjunctive and imposing style of swim can only improve, and his skillset could provide him with a platform to become one of the best in the sport.

I would say that swimming helped me to have a mindset of never giving up even when I was defeated and that too repeatedly.

I would say, my mom and Michael Phelps.

In the first Khelo India Youth Games in the selection round my leg slipped from the podium because of which I couldn’t take a good start and for that, I had to sprint as hard as I could to beat everyone to get selected in the finals. I learned that no matter how much hard you practice one small mistake can ruin your entire race and also that small thing do matter in a big race.

I got into swimming because my mom whole family are swimmers and my mom wanted to complete her dream of seeing someone of her family in the Olympics. I was probably three-years-old, when I first started swimming and my mom only introduced me to swimming. When times get hard, she's my go-to person to talk about swimming, life and school. She's helped me get this far.

There are lots of rivalries in swimming, do you have one?

As of all sports I do but that is only limited to the pool and competition and yes, I have two but both of them are good friends outside the pool.

Do you have any pre-swim superstitions?

Would you like to have swim along with Michael Phelps and what would have been your tactics to beat him?

Yes, I would love to swim along with Michel Phelps. My tactics would be to just give my best in every lap.

What are your favourite and least favourite training sessions?

Technically, yes, because if you’re in the centre you can see the fastest person around you. My favourite lane would be 4 and 5.

Every competition, I have given my best performance and my best of the best is 2019 Khelo India 100m backstroke and 2016 junior national 50m backstroke.

What are your goal for the next few years and your overall career goal?

My goal for the next few years is to go and play Asian games and if possible, Olympics.

Choose one – swimming or sleeping?

Which celebrity would you go swimming with?

What’s something that a ton of people are obsessed with but you don’t get the point of?

Best compliment you have received.

Someone coming to me and saying they love the way I swim.