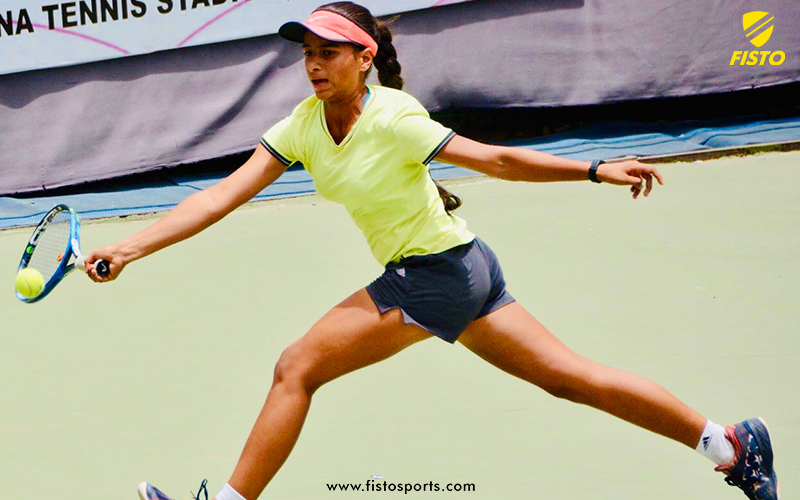 Raw but exciting, the 17-year-old Jagmeet Kaur could be the next batch of young female tennis stars emerging from New Delhi.

Jagmeet Kaur started playing tennis four ago to escape the stresses of school and home life. Little did she know that afternoon pastime would become a potentially, a lifelong professional career. But she attributes her success down to her family and those around her.

It became clear from a very early age the talent that Jagmeet Kaur possessed as she began to impress at the various ITF tournaments – winning the ITF G5 singles title in Madurai along with runners up in doubles and also doubles runners up in ITF G5, Dehradun. Her huge potential became clear in when she reached the semifinals of Fenesta Open in women’s category despite battling through injury. Since then, she established herself as one of the exciting up-and-coming talents in the game and is well on the way to tap her full potential.

Jagmeet is the type of player that knows how to improvise and make the best of each situation.

As you would expect from any young Indian prospect, she is a Federer fan through and through and boasts supreme technique and has fantastic quick feet and skills. The 17-year-old strikes the ball extremely well, both from moving and has that innate ability to shift the ball quickly. Furthermore, what most spotlights in her game is her good reading of the game and offensive intelligence.

Jagmeet Kaur, who passed out of the GD Goenka Public School, East Delhi recently plans to play in pro-circuit from next year, and she is considering the idea of taking her tennis career to the next level.

Given the confidence, she has in her abilities and her performances so far, the youngster seems to be ready to take the next step in the coming years, so keep an eye on her. We are sure Jagmeet has a lot to evolve and can-do great things soon.

I started playing tennis during a summer vacation just for fitness and fun. I played the first-ever local tournament in my life and won it even though I knew nothing about this sport and that was the moment I realised that I want to pursue it in the future. And later, I started participating in local tournaments, started winning a few matches and tournaments, and the journey continued from there.

At what point did it sink in that you could be really good at Tennis? And how were you noticed at the State/National level?

For me, the belief was already there from the very first day that if I work hard and give my best no matter what, then I can excel in this sport.

It has just been 4 years and I had an amazing journey from local tournaments to ITF.  As soon as I started winning and beating higher-ranked players, I think that’s when people started noticing me. I still have a long way to go but it makes me so proud to see what I have become over the years.

Who were your tennis idols when you first became interested in the sport? What was is about their character or achievements that you admired?

Roger Federer and Serena Williams. What they have achieved both on and off the court is really amazing and still being down to earth is something next-generation players can really look up to.

It was quite tough. To manage regular schooling with tournaments has been a real hurdle. Apart from performing good in sports, I have always focused on doing equally well in studies as well. Hence, I have eventually got used to managing both at the same time.

I know from being a tennis player myself there are many days when you want to just give up and throw in the grips. How did you fight through those days?

I fought through those days by acknowledging the fact that it is just temporary and also that these days are the ones that makes you realise how badly you want it.

My family and coaches had also played a very important role during these times by always being there for me and motivating me to break through it.

The toughest and worst moment in my tennis career so far was when I got badly ill just a few weeks before the nationals and came to realise that it was Chikungunya fever. It took me approximately 6 months to recover from the weakness and the joint pains it left. All the efforts and work I did, washed out to drain. There were many days I went to practice and came back without moving an inch because of the joint pains. This was the point where I had to again start from zero. So, I had to really focus on my diet and fitness to be back on the level I left.

If you could list three major influences in your tennis career, what three would that be?

My family and my coaches, apart from them I don’t think anyone has any type of major influence in my tennis career.

My parents have always been supportive of me pursuing tennis professionally. They have played a huge role in my tennis career from waking up at 4 am for my tennis session to travelling for tournaments.

My coaches have always motivated me to push off my limits especially Sumit sir and Rohan sir. They have always supported me in the best possible way.

To this point, what's been your best moment or favourite moment in tennis? What’s the one thing that you are most proud of?

My best moment was when I won my first ITF G5 tittle in Madurai and was runners up in doubles. Also, a week before this tournament, I was doubles runners up in ITF G5, Dehradun. However, the thing I am most proud of was reaching semifinals of Fenesta Open in women’s category. Even though I was injured, I fought really hard through each and every match and gave my best even though my body wasn’t at its best.

Who do you think is the best Indian tennis player today?

Would you like to compete along with Naomi Osaka and what would have been your tactics to beat her?

Who wouldn’t want that? It is obvious that every tennis players in the world practising day and night to finally compete with the best. First of all, I would be very excited to see her on the other side of the net, sharing the same court. It would be a dream come true.

My only tactic would be staying as calm as possible and enjoying each and every moment to the best possible way I can.

What sacrifices did you find the hardest in order to pursue your tennis career, and would you say that gymnastics has changed you as a person?

The hardest is being away from your friends and family because of tournaments, whether be it – birthdays, school trips or family vacations, tennis has always been the first priority. Also, diet, I love to eat chocolates and ice cream but because of tennis and my diet routines, I can rarely have it.

Tennis has taught me many things in life. I think it is quite similar to life – we have advantages, double faults, love et al. Those kinds of things make you hard as a person and helps you to grow, even on the court. That mentality only helps you and I think I learned a lot from my experiences and it’s made me become what I am today. 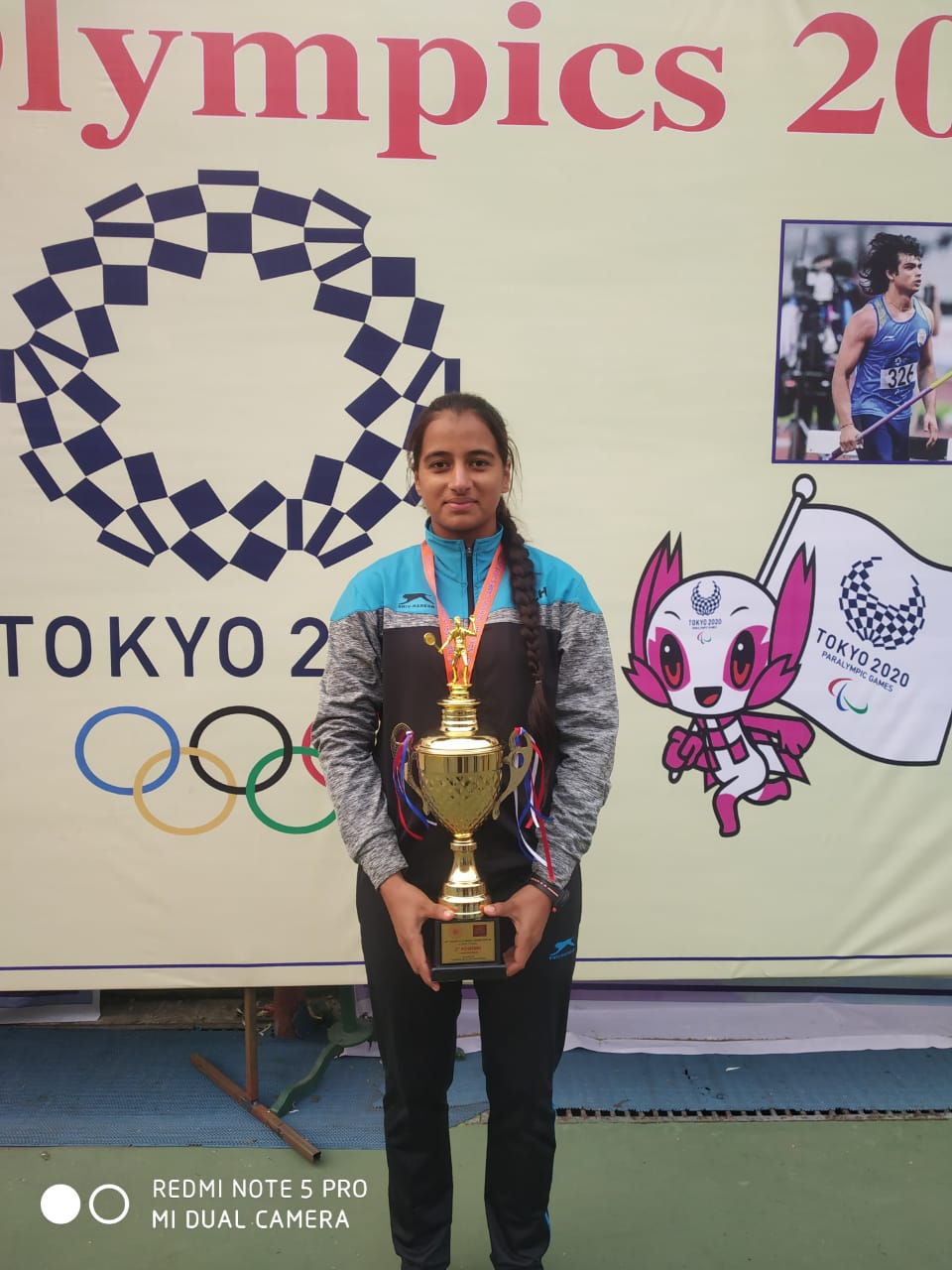 What did you learn from your biggest failure?

Presently I have been working on my fitness.

What targets are you setting yourself?

To start with Pro Circuit from next year.

I think about where to serve and the expected return I would get on the next ball.

Currently, I don’t think I have done anything special to be awarded for in my private life, I just made day to day sacrifices that every sportsperson in the world does.

What are the most embarrassing thing that has happened to you on and off-court?

When I tossed the ball for serve and because of the sun, I couldn’t see it and the ball fell on my face.