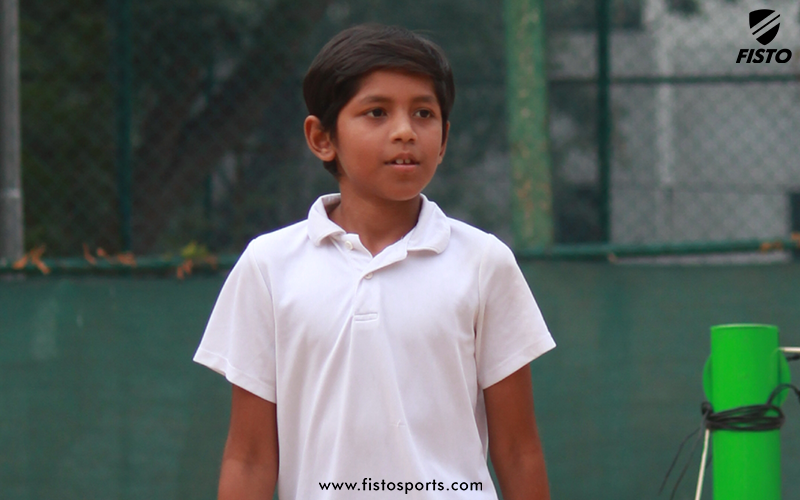 There are many young tennis talents causing quite the buzz around the leading academies in Chennai and beyond right now. Meer Fazal Ali is one of such talents coming through the ranks and making quite an impression.

Meer Fazal Ali may only be 10 but his nascent career has already been quite an eventful.

Meer Fazal has been raised in a tennis family. Both his parents played the game and also taught him the game of tennis. From the start, Meer oozed talent. Playing tennis was part and parcel of his life given the background of his father.

Having been given much of his basic technical education in tennis from his father, Meer Abbas – at Tennis Coaching Academy, Income Tax, Meer Fazal, who is currently studying at MR Matriculation Higher Secondary School, Chennai, has been toughened to accept the gruelling demands of the game both physically and emotionally. He excels in his studies as well.

As there really is a dearth of young tennis talent emerging at the moment, the hope that Meer Fazal fulfils his potential will be extremely high.

With 5 AITA under-10 titles, 2 times finalist in AITA Boys under-12 and many junior open tournaments, the tweener has been making gradual progress through the ranks.

The exciting thing is that this is just the very beginning of what we're going to see from him.

My Mom & Dad are the Tennis Coaches, so I used to go with them to the Tennis courts to see the older kids playing. With that, I gained an interest in Tennis. I participated in the internal Tennis tournament conducted in our academy, and performed really well. I was the youngest player to participate, that was my best memory.

My first Tennis heroes are my Mom & Dad. I like the way they taught me this wonderful game. They motivated me to improve my game and build my confidence to compete at a young age.

What was your first win in any form of tennis?

At the age of 6, I won my first Under 8 title at Chennai.

You have won many tournaments at a young age. What was the support of your family during the very early stage of your tennis?

My Mom & Dad helped me to improve my game very fast and they are very supportive in all the aspects of Tennis.

I am pretty good in studies also. My Mom is helping me to balance both my studies and the game.

Who is your favourite tennis player and why?

My favourite Tennis player is Roger Federer and I also like Somdev Devvarman because I love their style of game and the fighting spirit on court.

My Dad is my Tennis Coach. I train with him now in our own Academy in Chennai. He has been someone whom I can trust and without his guidance and support, I would've never picked up the sport of tennis I have been able to play today.

What are the most memorable moments from your tennis career so far? Any ones that stand out that you remember like they were yesterday?

At the age of 7, I won my first under-10 title, beating all the best players. That was my unforgettable moment.

Who is somebody famous who you'd like to meet that you have not met yet?

Roger Federer, I would love to hit at least one ball with him.

My hobbies are Swimming & Drawing.

What else do you do? Is there something else that you do that you like to perfect outside of tennis?

Tennis is the only thing I want to become perfect. There is nothing else I can think about. I love to spend 24 hours on Tennis court.

What targets are you setting yourself? What is your ultimate goal in life?

My first target will be to become India No.1 in all the events. And also, my goal is to reach the top-50 in the world ranking.

Most treasured possession – Had a practice session with Somdev Devvarman

Last time you cried at a movie? Don’t remember