Subramani Siva is a young Indian Pole Vaulter coming up through the ranks. Standing 1.80cm, Siva is the picture of confidence, so comfortable, aware of his identity and purpose ‘to inspire people to take up the sport’.

Siva has already represented the state at the 2017 Federation Cup and became the first from Tamil Nadu in 20 years to create a National record at the senior level with a jump of 5.14 and is working towards his goal of competing at the 2020 Tokyo Olympics. Before Siva took up Pole Vault as a career, he swam and won medals at district level in freestyle, butterfly and backstroke events.

“I was a swimmer before I became a Pole Vaulter. I began swimming at school, when I was about seven or eight. I continued swimming till I Loyola College in 2013,” said Siva. His interest in Pole Vault sparked by the influence of his elder brother.

He said: “I turned to Pole Vault emulating my elder brother Tamilarasan. I did not know anything, I did not know the rules and was only trying to do what I was told to do: jump, sit, rest, win - and I won.” “The decision to switch to Pole Vault wasn’t an easy one, because you have to start from the beginning. I had to learn how to swing and my plan out my jump. From there I just kept forcing myself to do it over and over again until I slowly got more comfortable. I took me nearly one and a half year to be a full-fledged Pole Vaulter,” he said. 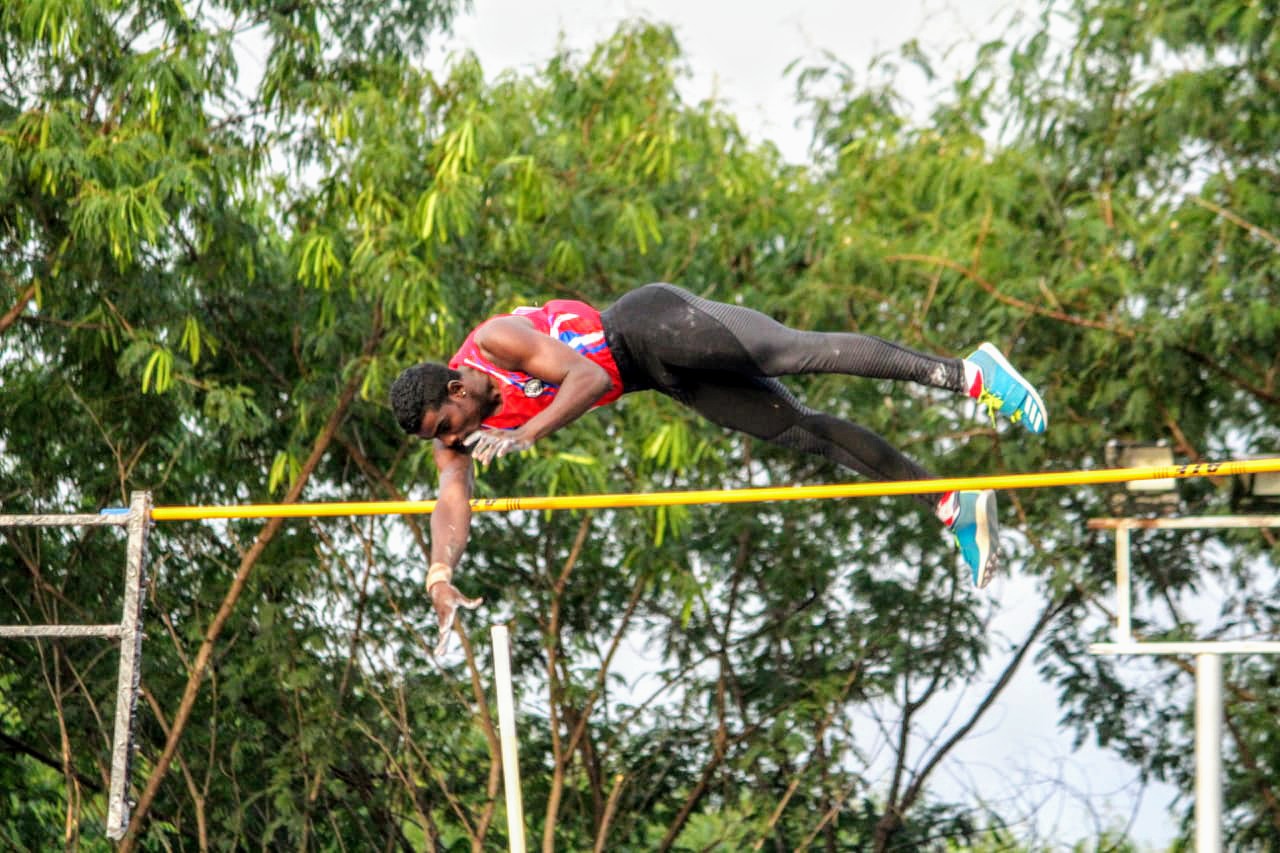 Son of Subramaniam, a coolie in Thanjavur, Siva finds it difficult to make ends meet, but he is helped by Wilcox and Loyola College [he has discontinued his education after he got a job with Army in 2017].

“Later I started training with Don Wilcox and that was very different. That was another - grown-up - kind of sport. I grasped Pole Vault lessons from coach Wilcox sir. From there, I found my passion and my love for this game. He's helped me to refine much of my technique. He's been a great coach.” “Honestly I would not have started Pole Vaulting had it not been for the support I received from my brother and coach Don Wilcox.”

After one year, in 2015, Siva achieved his first big victory - at the Junior Federation Cup held in Hyderabad, where he created a new meet record with the jump of (4.80m). When asked what he likes most in Pole Vaulting, Siva said, “I enjoy everything about Pole Vault – it’s beautiful and aesthetic in many ways. But I think that without Pole Vaulting I would not be able to achieve as much as I have achieved now. Many years ago, I did not know anything about pole vaulting, but today I am very happy that I went into it and that everything is going so well.”

Looks to change the narrative of Pole Vault in India

Currently at the Inter-Services Competition, where he won the gold with the attempt of 5.15m, Siva is enthusiastic and eager to do well in the National Games and South Asian Games in the coming months. Siva feels that Indian doesn’t have a prominent figure in the sport and he wants to be the one who can start a trend that will encourage more people to take up the sport. “I want to change the narrative of the way people look at Pole Vaulters in the country.  Like Swimming, Pole Vault is a very individual sport. You have to motivate yourself, and the results are often not that noticeable.” 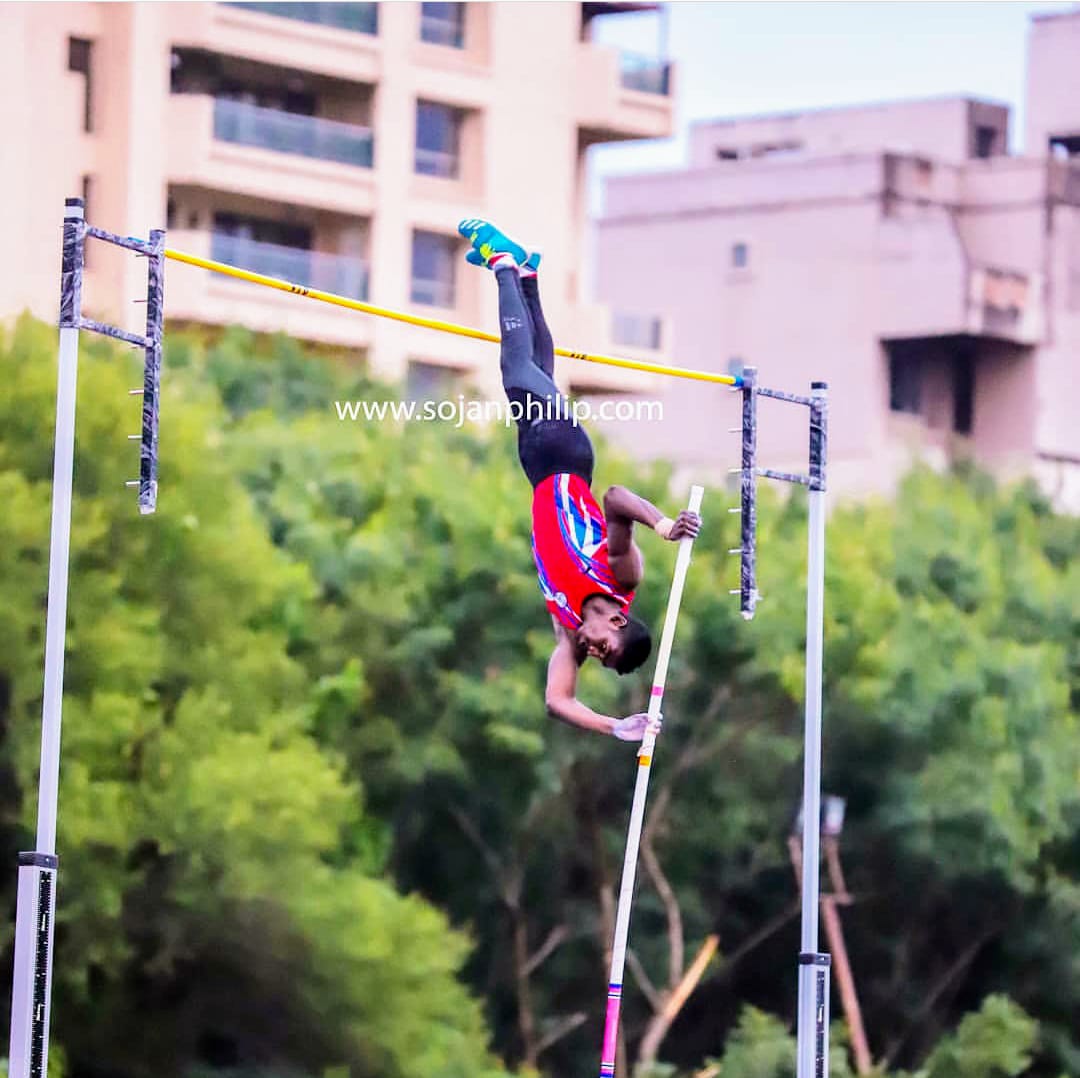 Pole Vault is a rather marginal sport here and one that, it seems due to the dangers involved, is never embraced at school level. Siva reflected his views on the game and its requirements to meet the demands, “I must admit that our sport requires a lot of equipment. Unfortunately, a person cannot just come, take a pole and jump. We need poles, pits, tracks, sprint shoes. In all athletics we are the most expensive sport. “

“There’s huge difference between Indian and European countries standard that are equipped with pits for pole jumping. They have a separate league for the Pole Vault. By the way, in India there are also many athletics fields and many pits, and I think that training condition here we lack many of the basic structure.”

Siva draws inspiration from Sergey Bubka, the Michael Jordan of women's pole vaulting, who broke the outdoor world record 17 times and the indoor world record 18 times. He knows he can go higher. "I know it's there," he said. "I think I can get 5.70m. And by pushing harder with my bottom arm, I can get more bend out of the pole." 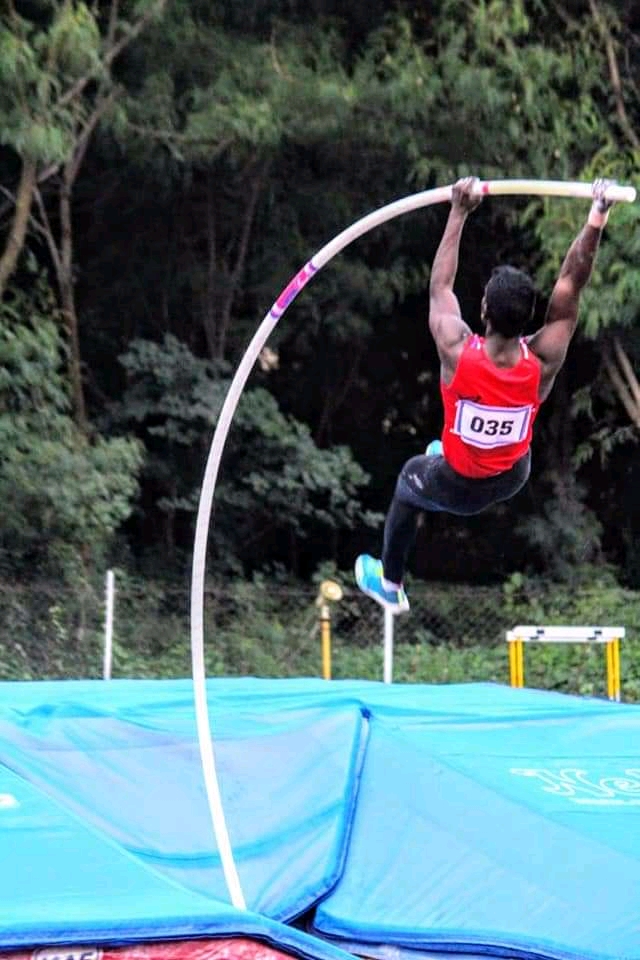 The 22-year-old had narrowly missed out on qualifying for the Commonwealth Games and Asian Games earlier this year as he was not fully fit. Siva knows that national records don’t mean much unless he wins at the international level. He has already set a target of 5.70 this, incidentally, was the qualifying mark for the 2020 Olympics, a stage where no Indian pole-vaulter has been to. “I am aiming to qualify for the 2020 Tokyo Olympics. 5.70m is the qualification mark.

Currently, I am doing like 5.50m and 5.60m. Some of my coaches Major Ashok sir and Sam Lee have also offered me their never-ending support. Hopefully, If I continue to work hard to stride further the mark, surely, I can touch the 5.70 mark to make it to the Olympics,” he concluded.

INTERVIEW | One leap at a time: How Sreeshankar Murali is raising the bar on the long jump