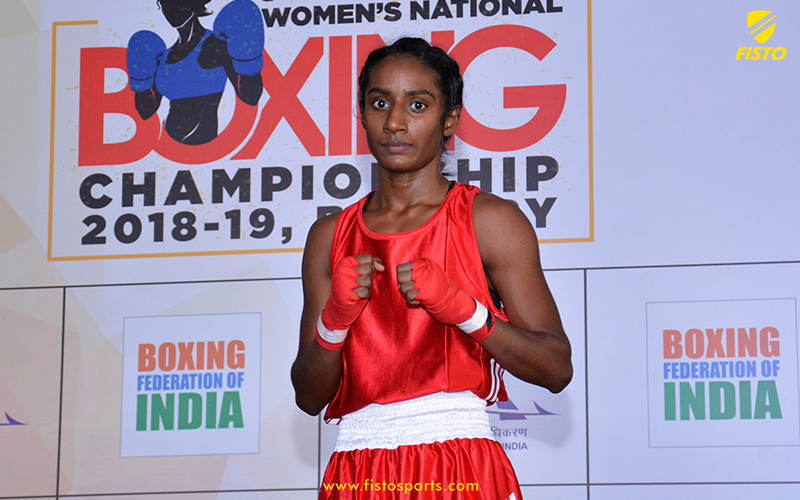 Boasting a South Asian Games gold medal and a KIYG gold medal, S.Kalaivani looks like she will be quite the firecracker to watch out for in the ring.

To make it to the pinnacle of any sport certain ingredients are required, all of which must complement each other to create the perfect recipe.

Talent, self-discipline, work ethic and desire are the fundamentals in order to make it as a professional boxer. Tamil Nadu’s S.Kalaivani has found a way to keep pushing herself to get better each and every day.

Coming from humble background and born into a family of boxers with both her father and elder brother being ex-professionals it seemed natural for Kalaivani follow in their path.

The Chennai-native first got into boxing at the age of nine, following encouragement from her father. Since first taking Kalaivani to a boxing gym, her dad has remained an important figure in her life and her career.

In her teenage years she would travel to places regularly medalling in the various competitions she competed in. Her father would accompany her and give a moral support to excel in boxing.

Competing inside of the ring is as normal as making a cup of tea in the Kalaivani household.

Since turning professional Kalaivani has made the transition seamlessly to become one of the brightest talents that Chennai has to offer, by winning South Asian Games gold medal and KIYG gold medal.

Kalaivani’s career took a turn when Inspire Institute for Sport (IIS) started sponsoring her from 2017. This enabled her to compete at the highest level as well as experience the high-level coaching.

Kalaivani, who recently completed B.Sc Physical education degree at GTN Arts College in Dindigul, like many young pros, has ambitious plans for her career – to win a medal at the world’s highest stage. With a long way still to go in his career, the 21-year-old certainly has the qualities to compete for honours in this sport.

I have grown immensely in confidence and discipline over the years and have even grown to love myself more as a person. It wasn’t easy sailing all the way, but it is now being rewarded.

What brought you to picking up the gloves for the first time?

I grew up in a boxing family. My father is a former boxer. My elder brother, who is now a police constable, is also a boxer player and he occasionally represent Armed Reserved Police in competitions.

My journey as a boxer started from there. He used to go to the practice and I regularly followed him. You can say that boxing is in my blood. Our first coach was our dad. After few years, I decided to go for local camp and got selected. That’s how it all began. 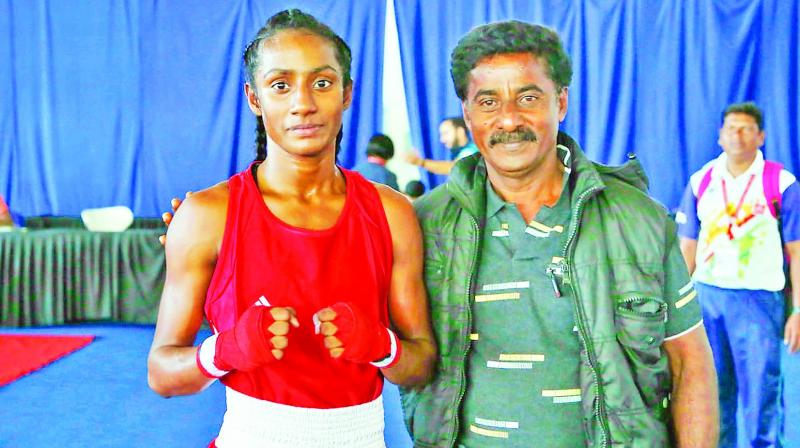 While coming up the ranks, who has been the biggest influence in your life and how has he/she helped you?

My family has been the biggest influence for me, especially my father and my brother because its them who have introduced me to the sport of boxing.

There are lots of rivalries in boxing, what two rivals that have beef with each other would you like to see fight one another?

Who is the best opponent you have fought in your career to date?

In 2017, I went to watch World Championship in Delhi. I sparred with Russian girl.

Can you tell us a bit about your boxing style and have you taken any inspiration from the styles of other boxers?

Floyd Mayweather. I like his defence and his quick reflexes.

If you could eat one thing forever what would it be?

Who are one or two people in boxing who are most responsible in helping you accomplish what you did in the ring?

My father and coach Ronald Simms. Without my father I don’t know what I would do. He does a lot for me and he is my inspiration. When I think about boxing, I love the game and I want to do well, but he’s one of the main reasons I want to do well and without him I wouldn’t be where I am today. He looks after me. And importantly, my coach Ron supports me a lot. I have won many tournaments with his help.

Do you have any pre-fight superstitions and who do you have in your dressing room pre-fight?

From your experiences, what is the best thing about being a fighter?

Being a boxer, gives me immense confidence to handle things if anything goes wrong. Boxing keeps my head straight and I found that if I stopped training and I was a mess. So, I do it more for myself really, to prove to myself that I can stick at something and that if you put your mind to it, you get to where you want to be.

Other than boxing, what other sport do you enjoy playing?

How do you handle defeats?

Defeats are always tough, but instead of dwelling on them I always try to find positives and things I can work on. Using a loss to motivate is something that has really benefitted me in the past and something I would like to continue to do, but hopefully not too often.

What was your toughest fight?

What are the top 3 things on your bucket list of things that you would like to do in your lifetime?

I want to do paragliding, scuba diving and parachute jump.

Which one is your favorite – left jab, footwork, counter punching and defense?

To this point, what’s been your best moment or favorite moment in boxing? What’s the one thing that you are most proud of?

Standing on that podium, hearing our national anthem playing, seeing the flag go up and wearing that South Asian Games gold medal around my neck –was the most proudest feeling I have ever experienced so far and will never forget. Something that can't be described in words.

Finally, what are your lifetime ambitions from this point onwards both inside and outside of boxing?

My ultimate goal is winning a medal at the 2024 Olympic Games, and short-term goal is the 2022 Commonwealth Games. I think it’s important how you’re guided in your career, and I have no excuse not to get to that level. All I am really going to need in the long run is self-belief, and the skill to achieve it. I have got the dedication, I believe I have got the skill, so it is about getting it all right and keep pushing myself harder and harder.

Most treasured possession: My teddy bear