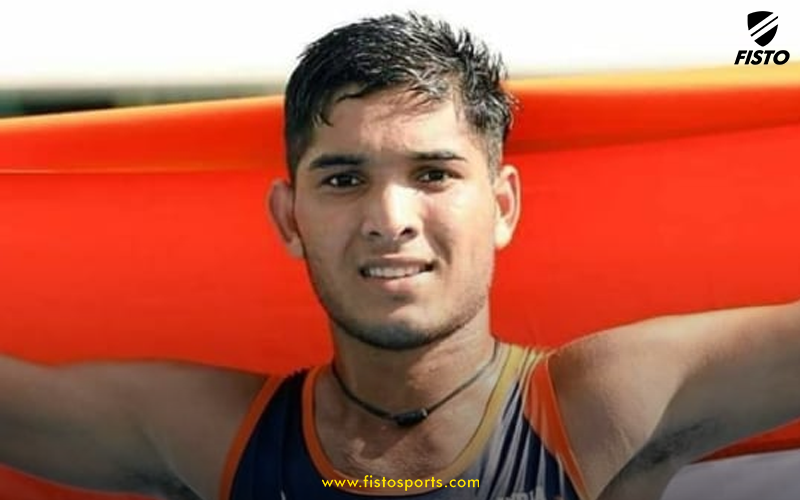 Following in the footsteps of his compatriot Manish Singh Rawat, Suraj Panwar has built a reputation for himself as India’s next top racewalker.

India seems to be blessed with a surprising number of talented racewalkers with Suraj Panwar one of those up-and-coming talents ready to make the step up.

The accolades that Suraj has won are truly stupendous. He first came into limelight when he won a silver medal in Men’s 5000m race walk event in 2018 Youth Olympics. Winning this medal also made him only the third Indian to win a silver across all editions of Youth Olympics.

Able to stride through, the Dehradun youngster combines tireless walking and posture and arm motion rate with all the qualities required to be a top-class racewalker.

Extremely humble and coachable, the National Institute of Open Schooling student seems only set on working hard and improving as a racewalker. That might be what will set him apart from other young promising talents.

As every athlete craves for representing his country at the Olympic games, Suraj too hopes to find a berth at 2024 Summer Olympic Games. Time will tell if Suraj can continue developing in his quest for success.

With the greatest of respect, race walking is not a sport that most youngsters grow up hoping to represent their country in. How did you get involved?

At school, I am an athletic boy and my interest is always in sports, I tried my hand at all sorts of events, but I was mostly built for the endurance events. After listening to the achievement of our local guy Manish Rawat, I got enthusiastic to know about the sport which Manish Rawat played; I wanted to do it and do it well. I really liked it and saw it as a chance at something that I could be successful at. I was very determined to see what I could do with race walking, so I tried it out and it went from there.

It looks a really tough sport to master - is that the case?

Technically it's really challenging, which is tough because even once you have mastered that, you get fitter and then your technique has to develop to make sure you don't get disqualified.

Talk about technique; what are the major technique rules in racewalking?

The main technique is not to bend the knee and never get both legs into the air.

How instrumental Manish Rawat in your race-walking career?

First of all, it is the motivation we have got from him and he is tremendously talented one of them which is his helping nature on and off the game.

What has to be done for race walking to become a more popular sport in this country?

By leading the way, walking is something a lot of people envisage your mum or dad doing around the park, so it's up to us to change that perception. People are starting to realise just how quick we can go and we need to keep getting better and faster. We must introduce the event with the school students and also provide basic needs to the junior’s player. We also need someone in the top 10 in the world and winning medals. People understand the likes of the triathlon and the heptathlon and they are not easy events to grasp, but because we have had the medals in it, people talk about it and they know the stars. Race walking can be the same if we improve.

Being so far in front, when it comes to Indian races, is it tough to stay motivated? Or are you competing against yourself?

Yes, I am staying motivated all the time and I preparing to race against the tide every now and then, which is essential in a sport like racewalking.

Walk us through your training regimen.

Training is very hard, although it is tough during the winter season as one has to wake early but my work starts from 5:30 to 9:00 and in evening it is 03:00 to 6:00 and it also changes according to the exercise schedule and practice. The training principles are very similar between tempo and interval workouts are very similar. It is endurance training. It is really about just getting down that form.

Every athlete needs some downtime every now and then. What do you do when you’re not training and racing? Do you have other hobbies to take your mind off walking?

Yes, I do get downtime like everyone else. During the time, I like to listen to music which cleanses my mind and gives a positive vibe and in my free time, I like to watch videos on YouTube to master my skills.

You have had a lot of memorable races but list the top 3 most gratifying races you have ever had?

My most gratifying races are:

What’s the hardest workout you can remember doing? In regards to a workout which afterwards you’re thinking, “damn I’ve never been this fast.”

Hardest workout which I ever did was the speed pace but after practicing it on regular basis it has become a not-so-tough for me.

What's the furthest distance you have ever walked?

The furthest distance I ever walked was during one of my practice sessions at Raipur to Thano.

Walking 5km/10km requires not only stamina but also you need to mentally strong to complete the race, so, what goes through your mind during the race as you’ll have lots of thoughts walking on your mind?

Yes, it is right that it requires both stamina and mentally strong to compete the race but all thoughts came in good shape when I think about the result of getting a medal.

At the last year National Championships, many of the field recorded either personal or season-best times. Does that indicate the standard of race walking in this country is progressing, albeit slowly?

Without a doubt. Few years ago, the number of racewalkers were so low. Now, we have got a full field in both races and PBs all over the place. It just shows how far we have become and also shows how far we still need to go. It shows where the sport is going, which has people realising that India has race walkers.

What are a few goals that you have set in the coming years? What about personal goals you hope to achieve in the long- term?

There were many long-term and short-term goals: right now, I am really focused on Commonwealth Games and Asian Games and doing everything possible to put myself in a position to medal. And in the long-term I would like to participate in the 2024 Summer Olympic Games. I know physically I am capable of lasting beyond 2024. But right now, I am 100 per cent focused on the training and getting back in the groove.

AFI Picks Four Events To Popularise At The Grassroots Level