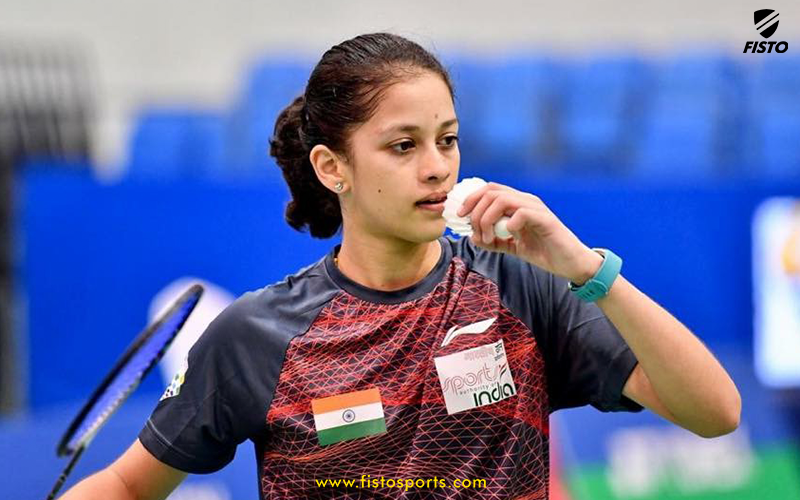 Tanya Hemanth: “Mental Toughness is the one area which I have to drastically improve on”

Still just 17-years old, Tanya Hemanth has entrenched herself as Indian Badminton’s next big thing that is bristling with young talents.

You don’t have to look that much further to see there is a depth of talent emerging from the relatively great environs of Bengaluru. Tanya Hemanth has been amazing in her own right – calmness, strength, speed and harnessed aggression – you can’t ask for much more from a shuttler, let alone a talent who is only 17 years old.

Tanya first fell in love with the sport playing during her formative years at the Indiranagar Club, Bengaluru, where she grew up, and feels found her passion at the very young age that prompted her to pursue badminton as a sport. Tanya says she found a marked difference in herself and her anger management problem once she started focussing on badminton.

Tanya has steadily progressed through the ranks and made her presence felt in both singles and doubles in the national circuit. Such were her performances that she has represented Team India in all three events of U-15, U-17 and U-19. Very few young female shuttlers can say they have the same resume as Tanya, and even less can say they have it before turning 18.

Here’s some of her impressive CV:

6. Won Bronze Medal in U17 Girls Doubles in National Championship at Bangalore, 2018.

13.Won Bronze Medal in U 19, Girls Singles in Nationals All India at Bangalore in January, 2020.

14.Won Gold Medal in U 19, Girls Doubles in Nationals All India at Chandigarh in January, 2020.

2. Quarter Finalist in Croatia, Russia, and Finland in Junior International in 2019.

4. Bronze Winner in Dubai Junior International in U 19 Singles and Doubles in 2019.

At only 17 years old, it is a testament to her quality that Tanya is not only burgeoning talent but garnering attention in the badminton world.

Modern badminton is packed full with technical shuttlers and is Tanya Hemanth is no exception. She has stated that Tai Tzu-ying is one of her badminton heroes, but their attitude and work rate couldn’t be any different. Tanya credits the former Taiwanese ace as the one who influenced her playing style most.

If the Jain College student keeps up her progression, she will have her moment of glory and joy. She is still very young and has a lot to learn, but we must be calm and see how she develops as the years past.

You are very young and have quite a few medals under your belt, and I am sure it must have been a quiet whirlwind journey particularly coming from a non-sporting background, so tell us about how you got into badminton at the first place, what inspired you as a child to take up professional badminton?

My mother used to play Badminton in Indiranagar Club with her friends, so I picked up the sport there. I was interested in it from the beginning and started attending the evening batch after school hours. Seeing my Interest, Coach Mr. Murali pushed me to the higher batch. My parents started to support me a lot.

Saina Nehwal was obviously my first hero. The most important thing I admire about her is the never give up attitude that she possesses. She has won so many Open tournaments and Super Series. She won the Silver in the All England Championships, and went on to become the World No.1 and that gave me hope – If I work hard with discipline, dedication and determination, I also can aim to become the top player and win Internationals.

I represented my National Public School, Bangalore in the U-10 Tournament in which I had participated both in the Team and Singles Events. I was part of the winning Team Event and also won my Singles and Doubles individual Event. To top it all, I was chosen as the Best and Promising Player of the Tournament. The icing on the cake was when the Great Legend Prakash Padukone handed over the prizes. Most memorable day of life.

My parents are really supportive of me playing, they help me so much mentally and physically. Initially, when I was young my mother used to accompany me to most of the tournaments, now it is my dad. My mother also takes care of my nutrition & pre-competition. They keep me calm and talk positively.

I can say that I am quite good, but managing is always hard. Up to 10th grade my school, NPS, supported me a lot. Now even Jain College has been very supportive and has given me permission to skip classes. I cover portions by going to tuitions, which has become easier as everything is online now.

I would compare it to Tai Tzu-ying as I have the same type of strokes. She is the master of deceptive strokes. My playing style is deceptive and I focus more on the perfection and sharpness of my strokes to win points.

My strengths are long rallies and sharp strokes. I need to improve on my speed and smashes. Mental Toughness is the one area which I have to drastically improve on.

There is a lot of improvement on a daily basis with constant discussion with the coaches Sagar sir and Rana sir, and also by watching my videos. As of now, I don’t have any rivalry but I can say that I am my own competition. I keep challenging myself, like winning all my state tournaments by straight sets or keep trying to improve my daily targets.

What's your approach when an opponent suddenly starts playing opposite to her strengths?

I try to take control by making more rallies or varying the speed. Even vary my serves a lot in the matches. It also depends more on the situation and who I'm playing against.

Many players have routines, habits and superstitions when the travel and play badminton. Do you have any individual quirky things you do before a game or special item you carry with you in your bag that must go with you everywhere?

As of now, I have not thought about all these. I always record my games but other than that I don't have any superstitions.

Literally nothing. I just keep focusing on what shot I should play next and try to descent the opponent and also think about the opponent’s idea of playing the shuttle back.

Badminton has helped me in a lot of ways. When I was small, I had anger management issues and would get really angry if I lost a point but now, I have become way better. Time management is another thing I learnt from badminton. The best part is I never get anxious before exams, and I have a laugh looking at my fellow students trying to cope with exam pressure.

I would say getting selected to the Indian team in 2017, based on my ranking, to participate in the Asia Sub-Juniors was my biggest accomplishment, and after that, I have represented twice more in 2019 and 2020 after winning Selection Tournaments. But other than that, every tournament, I win feels like my biggest win.

Do you have any snacks that you miss when in training camp and what is your typical daily diet when in camp?

There is a lot of things I miss, for instance, any type of sweet or junk food. I have a sweet tooth and that is the worst thing any sportsperson can have.

In the next 5 years, I want to stay No.1 for a long period like my idol Tai Tzu-ying, also I would want myself to win at least one Olympic gold, an All-England and Super Series tournaments.

Non-Badminton players that you admire the most?

Has India fully emerged as a badminton powerhouse on global arena?