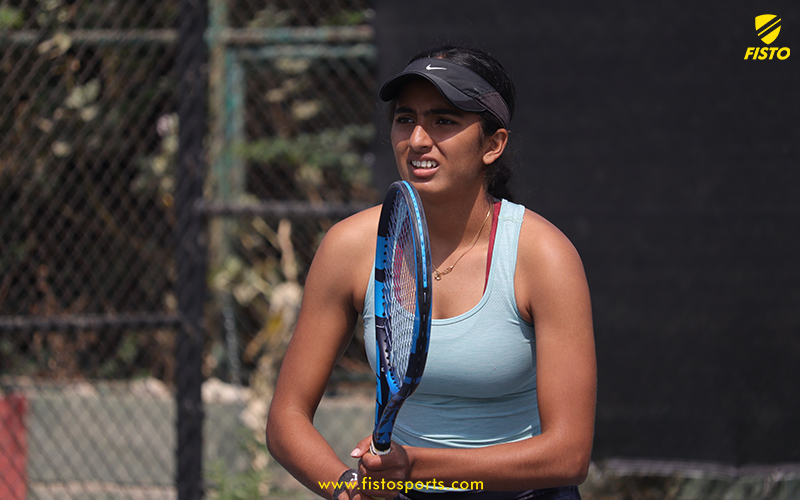 Ahmedabad’s Riya Uboveja is considered one of India’s fastest-rising tennis players, and she has explained that her tennis background goes even deeper.

With a father who embody a passion for tennis, Riya Uboveja had her fate in store. Her father played collegiately in Mumbai. She has developed an extraordinary affinity toward the sport and started playing at the age of nine and from then on there was no looking back.

Riya has always been a person of impressive wisdom and maturation. She is as good at academics as she is in sports. In spite of her hectic training schedule, Riya manages to excel at studies as well. She makes it a point to attend all of her exams and do well in them. Her intelligence matches the energy she gives on the field and as a dignified leader.

At the age of 13, she made it to the top-8 of U-14 road to Wimbledon Masters singles and reached the quarters of ATT Women’s in Pune and followed by eye-catching singles and doubles runners-up finish at 50 lac women’s events in Kolkata and Gwalior.

A self-confessed Rafael Nadal fan, Riya was ranked Top-8 in Asia when she was 14. Her double U-16 super series singles titles in back-to-back weeks back in 2019 highlighted her talent in stunning fashion.

With a booming serve and powerful baseline game, the tall and lanky Ahmedabad native plays like a younger version of Spanish-Venezuelan ace Garbiñe Muguruza. But wants to strive to be a player similar as Monica Seles.

The 18-year-old is highly rated and is strongly fancied to continue her upward trajectory in the sport.

You are very young and have quite a few titles under your belt, and I am sure it must have been a quite whirlwind journey, so tell us about how did you first get into Tennis? What are your first memories about the time when you knew this would be something you pursued?

Ever since I was young, tennis has been a part of my life in one way or another. I used to watch my dad and his friends play tennis every morning on the only court our society has in Mumbai at the age of eight and since then I developed a keen interest in this sport. He [dad] is a huge fan of tennis and coincidentally I started liking it too. I remember how I used to wake up in the morning and force my friends to go to the court with me to play, although mostly because of the adults we had to wait, so I used to bounce the ball and just play with the tennis ball on the side till they finished playing (which was obviously very long). But it was at the age of 9 when I actually started playing the sport and joined an academy.

Rafael Nadal was and will always be the one I admire the most. He is my reference, and continues to be. It is his dedication and hard work towards the sport that inspires me. I am also a huge fan of Serena Williams, who is another fighter and who’s mindset is something I admire a lot.

My first success as a tennis player came about when I was nine years old. I won some local tournaments in Mumbai. That moment was very special indeed, receiving my first trophy encouraged me to push myself to be better and it gave me a lot of motivation and hope to keep working hard.

I train at Altevol Tennis Academy, under the guidance of Shrimal Bhatt.

They always tell me to enjoy my time on court and to give my best performance without any expectation. I feel their words give me a lot of motivation and strength to play better and better.

My playing style is that of an aggressive baseliner and I can say it is more like Spanish-Venezuelan tennis player Garbiñe Muguruza but I am striving to make it Monica Seles’ style.

Are you good at your studies as well? If yes, how do you able to manage sports and studies? How’s your school/college has been supportive towards it?

Yes, I am good at studies. I can say it is a little tough to manage tennis and studies together, but it is possible and I am doing it comfortably, plus my school is very supportive towards it. Most people think it is tough to balance them but honestly, I feel like with the right mindset everything is possible. 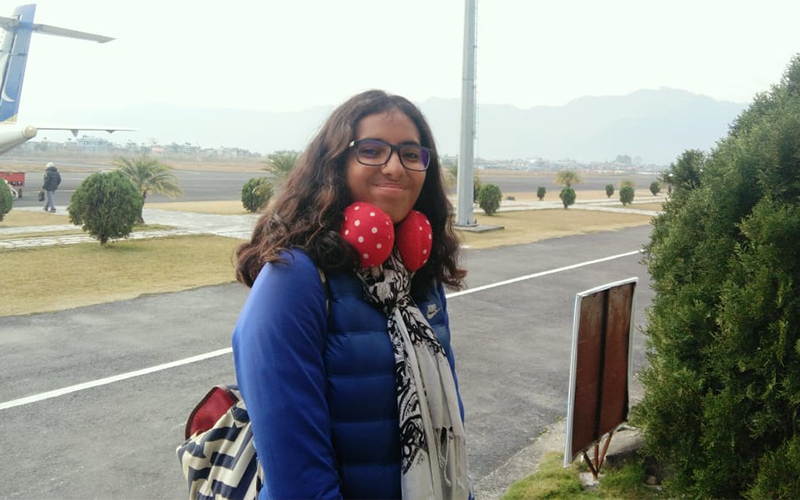 I don’t get upset, I just tell myself to hang in there, keep working and to remember that this is just another phase of life which is temporary.

I train and train a lot for that. I feel like fitness is the key. You just have to push hard during fitness and then it becomes easier while playing.

What is the toughest aspect of being a tennis player and what do you enjoy the most about it?

The toughest part is controlling the emotions and the part I enjoy the most is travelling. I really like travelling. 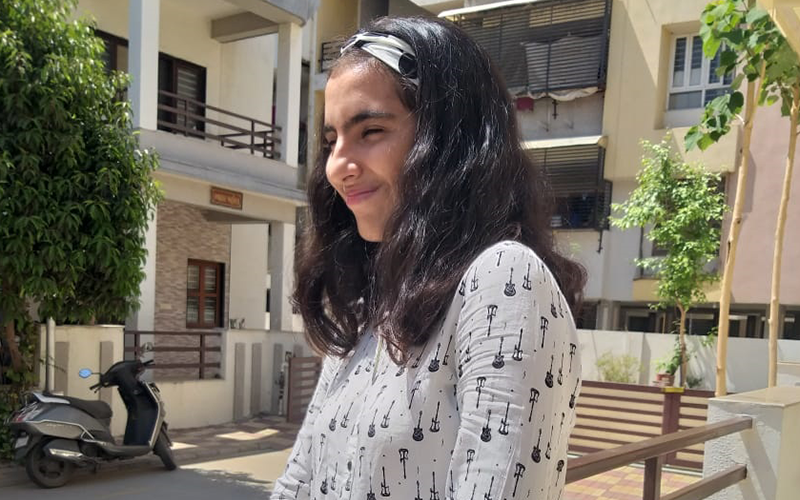 There are quite a few out there in the junior’s circuit who push me out of my limits and help me in realizing which skill to improvise next.

So, this one time, in a junior tournament, I was playing a really close match and I was a match point down. On that point, we had a long rally and on one shot, I got late and the ball hit the side pole of the net. I thought I had lost the match, so I was turning around to get my towel but what actually happened was that the ball had somehow crossed the net and fallen in after touching the side pole. I got the point because the other girl was very far from the ball cause even, she had thought the point was over. We were both surprised but I felt very happy and lucky and from there I won the match and it all felt like a miracle. I was indeed very happy.

Finally, what goals have you set for the years? And for the next years of your college and beyond?

Well, the goal is to become a professional and play WTA tournaments. For that, I am going to keep getting better every day and improve my skills, physically and mentally.

If you were to be awarded the ATP Award for things done in your private life, what would you receive for it?