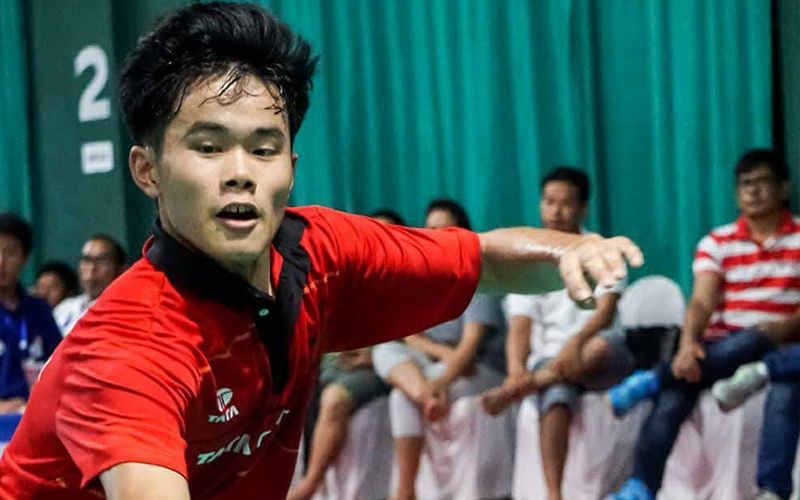 Tukum Laa: ‘I find it productive to have a friendly rivalry, it keeps me competitive and motivated’

One of the latest badminton talent to emerge from the Padukone-Dravid Centre for Sports Excellence, Tukum Laa has fast emerged as someone to look out for.

The Indira Gandhi National Open University (IGNOU) student has come a long way from hitting a shuttlecock around in the small town of Arunachal Pradesh, but perhaps was always destined to play badminton given both his parents played, as well as his brother.

Tukum admits he knew he had talent from an early age. He is 18 years of age and has already gained an ample of national and local exposure; now he is all set to make his mark internationally.

The youngster is currently ranked No.7 in the national U-18 category. A singles player with a clever style of play, his game often confuses his opponents. And, for someone of his age, the 18-year-old oozes confidence, something that a shuttler needs to showcase.

Given the experience he is getting at the moment, he should look to continue his upward rise. With three national titles under his belt and already amassing many medals at ranking tournaments, Tukum Laa is certainly a name to keep track of for the future.

Please tell us a bit about your background and how many years have you been playing badminton?

I hail from a middle-class family from Arunachal Pradesh and I started playing badminton at the age of 10-year-old. My father played football and my big brother too. I grew up watching them play – it was their passion and now it is mine.

And why did you choose Badminton?

While it may be a little cliché to say "my father played and I followed suit”," it's the honest truth; however, I recognize that certain dynamics of my childhood were shaped by my father. I also equate some of my current mindsets with the way I grew up and the different experiences I have had thanks to my father’s love for the game.

Who helped you a lot during the initial days of your career?

Upbringing my father has played such a huge role in my success to date. I have been lucky enough to have a very supportive family who have always been there through the good times and the bad times, I have had awesome coaches along the way as well.

Where do you frequent for your badminton game? Who do you usually play with? Who’s your coach at the moment?

Currently, I am training at Padukone-Dravid Centre for Sports Excellence (PDCSE). I have been training under the guidance of my coaches – Vimal Kumar, Sagad Chopda and Umendra Rana. Really looking forward and feel privileged to be training under their watch. Bigger and brighter things to happen in the coming years.

What has been your biggest challenge/ setback while playing badminton?

For me, overcoming the physical limitations and foot injuries was largely a biggest challenge of keeping my head in the right place. I think, it is just having a mental confidence and being there mentally and just being OK, I am not 100 percent, but I'm going to go out there and play. My journey has been purposeful, badminton not only made me happy, it healed me. I battled many foot injuries just so I could feel the rush one feels when playing.

What do you think of the sports and fitness facilities? Do you think there are any additions you would like to see in future?

I think the sport facilities these days has been very good and not that much trouble for rural areas also because of the Khelo India schemes. Yeah, I would love to see If there any changes in terms of bigger and better facilities for sports in the future and I am sure that there will be many good changes awaits us in the future as all the sport embark on new process from time to time.

Do you have any aspirations in that sport?

I want to achieve more and bring greater laurels to my parents, to my city Arunachal Pradesh and the country. I want to be a champion in big tournaments like Olympic and World Championships.

I think only about hit a good serve because the start is very crucial to get advantage for attacking.

During the long-rally, I always want to play safe and inside and also how to stop the opponent and limiting his options to play his best and spotting his weak points and at the same time finding my winning formula/or shots. 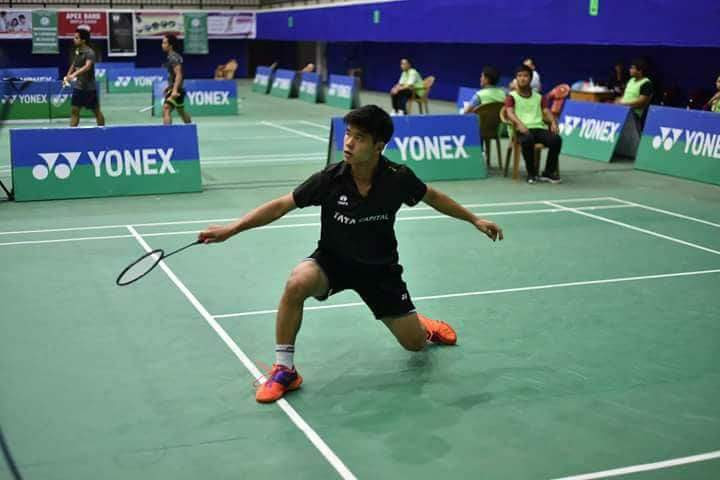 Do you have any other skills beside badminton?

Yes, I love to play football, basketball and also love to do sprints.

Do you have any particular rivals in your sport? How much does having a rival motivate you?

Yeah! I have many rivals and also, I believe it is part and parcel of the game. I find it very productive to have a friendly rivalry, keeps me competitive and motivated.

The challenging part is getting back up when sometimes you feel mentally down because of the lack of results. If I am not getting the good results then I would just relax myself for a few days so that I can get myself ready for a fresh start.

My biggest accomplishment has been becoming national champion three times and securing many medals at the ranking tournament. Also, I have evolved from what I was before and I think it’s all for the good. I am more confident about my game now.

Finally tell us something about yourself that nobody knows?

I have always loved singing so, that is the one thing that nobody knows, I guess.