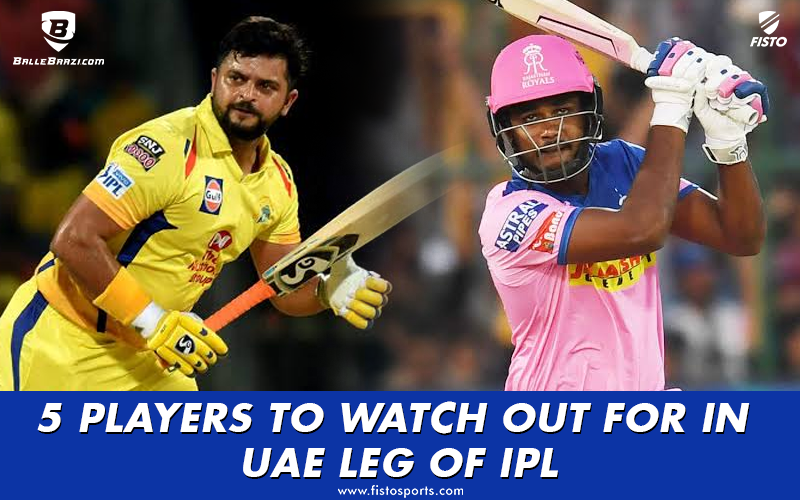 The second phase of IPL slated to be held from mid-September to October takes place after a lot of efforts from BCCI. With a lot of key foreign players unavailable, teams depend on Indian talents to reach their peak.

The second wave of COVID-19 has battered down the Indian subcontinent with record-breaking deaths. The infection affected every nook and corner with the lockdown the only viable, cutting out economy of millions of people.

Amidst all these difficulties IPL continued to run smoothly until the end of April. Several coaches and players started to test positive forcing BCCI to postpone IPL indefinitely. After stringent cases, BCCI decided to move IPL to UAE. UAE throws out a different set of challenges for teams as a lot of key players will be missing the tournament.

We will look into 5 players who hold the upper hand in UAE IPL, determining the fate of the franchises.

Chennai Super Kings sits pretty comfortably at second-place with a very healthy net run rate above 1. The reasons hinted for the difference could be the sparkling form of England duo Sam Curran andMoeen Ali. But it was Suresh Raina who gave the freedom to play nonchalantly.

Raina averages 25 with a strike rate of 127, playing a stabilizer role initially and he strikes at more than 160 against spinners, helping CSK to accelerate in middle overs.

CSK struggled hard in UAE due to his absence as there was no one to stitch a good partnership up the order. With the absence of dynamic Moeen at the top, the onus is on Raina to fire all his bullets.

The 34-year-old brings a sense of confidence and calmness among the lads similar to his captain MS Dhoni. CSK needs him to deliver in play-offs (seems reachable at the moment) to have a chance to bring glory back to Chennai.

Yuzvendra Chahal had a pretty ordinary 2020 except for the IPL where he racked up 21 wickets at a very impressive economy rate of7.08.

Chahal has been RCB’s go-to bowler and his performance in this year’s IPL has left to ponder about his consistency. Royal Challengers Bangalore played 3 games in a slow, spin-friendly Chennai pitch but Chahal was expensive and wicketless.

The 30-year-old doesn’t have variations like Rashid Khan, is very accurate and tight in his lines. RCB is currently 3rd in the points table, with 7 games to play, Chahal must reproduce his previous form.

The Haryana native has the knack of picking crucial wickets in the middle overs that restricts the opposition run-flow. Kohli&Co. will be depending on him to produce match-winning displays.

The young promising lad from God’s own country is a very special talent. His batting display against Punjab Kings easily ranks among the top 10 best batting displays in the Indian Premier League.

The most important conundrum is Samson’s consistency, after his century he couldn’t register a single score above 40. He captained the side very well with field placements and bowlers rotation. The England power-puffed pack (Jos Butler, Ben Stokes, Jofra Archer) unavailable, Samson must step up his batting consistency.

Samson had a wonderful IPL last year scoring 375 runs at a strike rate of 160 that includes 26 sixes. RR’s destiny depends on the captain to deliver in crucial times.

Kagiso Rabada was the pick of bowlers along with Anrich Nortje racking up 52 wickets among them. Rabada is a smooth operator with a medium run-up, generating power from his broad shoulders and bounce from his high arm action.

With South African players available to play in the second phase of the IPL, Rabada could be the key to Delhi Capitals fortunes.

Rabada bowls his overs in the powerplay and at the death still, he has a strike rate of 13.13 with an economy of 8.34.He also ranked 6th in the number of dot balls bowled in the tournament. DC needs him to step up to the role of the senior pro in the side.

India needed 6 of the last ball to lift the Nidhas trophy, Dinesh Karthik was the man to deliver it under the pressure. Such is the caliber of the man, batting him very low has robbed his confidence and has resulted in low scores.

DK had a worst season in UAE as captain and as a batsman as he handed over the captaincy to Eoin Morgan to concentrate on batting. He averages 30 in this IPL but his strike rate of 130 for a no:5 or 6 batsmen is a worrying factor.

The wicket-keeper and batsman has the resilience to fight back which will help in improving KKR’s chances.