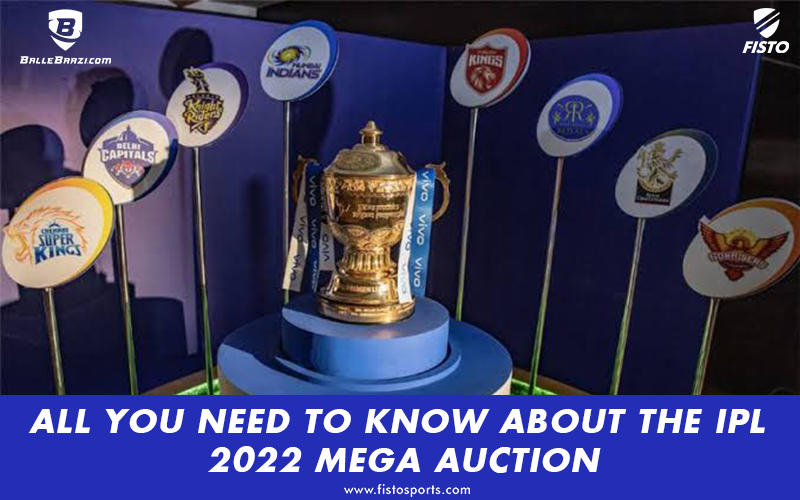 The Board of Control for Cricket in India (BCCI) will host a mega auction ahead of the IPL 2022.

Mega auction is conducted every third year in which franchises are allowed to retain only a particular number of players and buy the rest in the auction.

Originally, mega auction was scheduled ahead of the IPL 2021 but it got postponed for a year due to the Covid-19 pandemic.

The mega auction is likely to be organized by mid-December before which all the franchise will need to decide about their retentions.

Teams from Ahmedabad and Trivandram are the front runners for the new franchise spots.

While the Goenka group had earlier owned the Rising Pune Supergiant team, all the others are new to IPL.

Franchise purse is also likely to be increased to 90 Crores which was 85 Crores in IPL 2021. Franchises need to spend at least 75% of this amount.

If three players are retained: INR 15 crores, 11 crores and 7 crores.

If only one player is retained: INR 12.5 crores.

The players can choose to opt out of the retention even if their franchise want to retain them keeping in mind that the two new franchise will be looking for marquee players to boost their teams.

An increase in purse will also reflect in higher bids for players in the auction which can attract them towards the auction and not getting retained for their earlier franchise.

The most interesting thing to see are the players these two teams will look as captains. They will definitely put their heart and soul to buy them in the auction.

Both these teams will desperately need strong captains to build their side along them.

Ravichandran Ashwin, Ajinkya Rahane and Shikhar Dhawan are the Indian options that might attract these franchises. While Eoin Morgan and Kane Williamson are the best foreign options.

Team combination also will be a point of discussion. Cricket Pundits have predicted that BCCI might allow five foreign options in the XI.

Right from the first edition of IPL, BCCI was keen to give more opportunities to domestic Indian players and thus had kept a limit of four overseas players.

With the increase in the number of teams even if they increase the limit to five overseas players it will still give enough chance to domestic players.

The retention policy will make it really tough for teams like Mumbai Indians and Chennai Super Kings who always like to keep their core players same and rotate new players along them.

It will be challenging for them with these rules to keep the core almost same.

On the other hand, It will really help teams like Rajasthan Royals and Punjab Kings who are looking for good options in the auction.

We will get the answers to all these questions by December when the teams finally meet in the auction room.