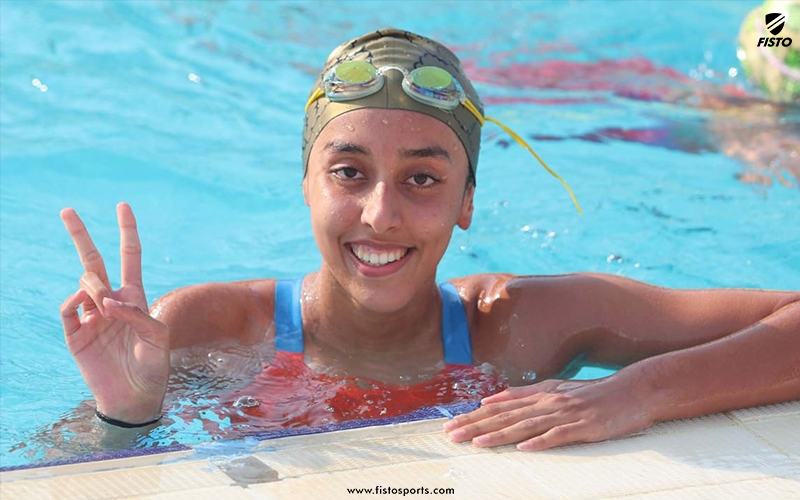 Kenisha Gupta: ‘Swimming has made me more efficient in everything I do’

At 16, Mumbai girl Kenisha is making quite a splash in the pool. She recently verbally committed to Northwestern University for the 2021-22 season and beyond.

Her best times include: Kenisha was introduced to swimming at the age of seven as an alternate therapy as she struggled to sleep through the night.

“I started swimming at the age of 7, initially it was more of an endeavour by my parents with the aim of eventually getting me to sleep.”

Her parents plan worked, as an energetic and restless Kenisha slept peacefully only after a long session in the pool. Water made Kenisha calm.

“Fast forward a couple of weeks, and I made a steady progress. I was no longer needed to do deep breathing; I found comfort in the steady pulse of the pool, found companionship in my teammates, found a love for pushing myself to go faster, to keep my technique correct, to make it through the last set.”

Little did they know that their daughter would go on to become one of the most promising swimmers in the country.

Kenisha, who was initially a breaststroke swimmer, credits her coach Kishan Singh for pushing her to pursue other strokes.

“It was a turning point when I began training under national coach Kishan Singh who always pushed me to pursue the other strokes as well. He believed in me that every stroke compliments the other and being an all-round swimmer would help me grow as a swimmer.”

She then tasted early success at age nine when she won her first national medal in the 50m breaststroke event, after which there was no looking back.

She built on that and went on to do wonders, winning more national medals in years to come. While also representing India, Gupta raced three events at the 7th FINA World Junior Championships in Budapest. She also finaled in four races at the 73rd Glenmark Senior National Championships in Bhopal this past fall.

Kenisha was also a multiple medalist at the Khelo India School Games last year, where she won four gold medals. She now trains at the Otters Club in Mumbai under the watchful eyes of coaches Sandeep Sejwal and Vinod Nair who have helped hone her skills.

When asked about how she balances practicing the sport with her studies, Kenisha added, “Swimming has helped me focus and stay attentive in other aspects of my life as well. It has made me more efficient in everything I do.”

“Of course, there were times I wished I could do something else, but overall in hindsight I have no regrets. It shaped me to be the person I am today," he recalled.

Kenisha utilizes her summer and winter breaks from school to train in the United States as that was something former coach Kishan Singh always urged his talented trainee to do.

On being asked what she like most about swimming, she said, “swimming has more thresholds on how long you will be able to do it."

Read: Chahat Arora: ‘Swimming turned me from weak person to stronger woman I am today’ Kenisha recently verbally committed to Northwestern University for the 2021-22 season and beyond.

She will join USA Swimming National Junior Teamer Ashley Strouse in Evanston, Ill. as members of the class of 2025.

Regarding her commitment, she said:

“I am so excited to announce my verbal commitment to Northwestern University! I am so grateful for this opportunity and cannot wait to embark on this journey. Thank you to all my coaches, family, teachers, and friends who played a huge role in this.”

The Mumbai girl believes in taking things ‘one step at a time’ as she chooses not to talk or think about competing at the international level. “I definitely want to be a professional swimmer for as long as I can, but living in the present has helped me greatly and I will continue to do so,” concluded Kenisha who seems very sure of herself, be it inside or outside the pool.

Rudraksh Sahu: “I'm learning from my mistakes. That's what keeps me going.”