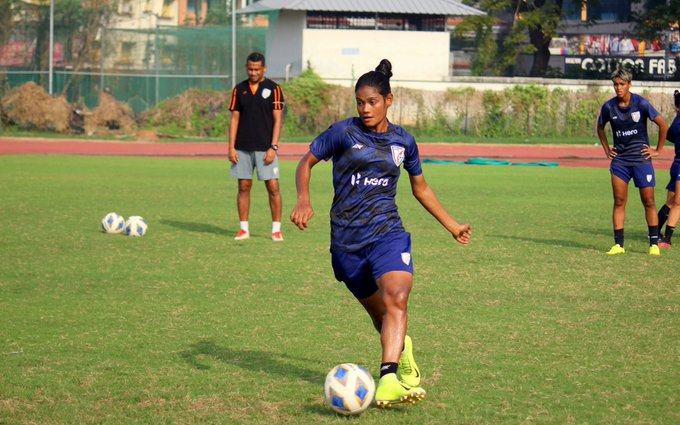 Determination is something that can be found across the pitch, when the Indian Women’s Team hits the ground for their training sessions, in Kochi, Kerala, ahead of the upcoming AFC Women’s Asian Cup. One pair of eyes, though, looks to have an extra ounce of that emotion, as she does about her business on the pitch; they belong to Blue Tigresses defender Manisa Panna.

Hailing from the Dandiapali Village, near Rourkela, Odisha, this central defender has fought against the odds all her life to eventually represent her country, something that has made her entire village proud.

“It has not been an easy journey by any means. I’ve even had to stop playing football in my younger days. But I couldn’t stay away from it for too long. I just wanted to do something,” Manisa said.

Manisa Panna, who had started playing the beautiful game at a relatively early age, suffered a major setback when she lost both her parents in her adolescence. It was under these circumstances that the young Manisa had to move away from the sport, albeit for a while. 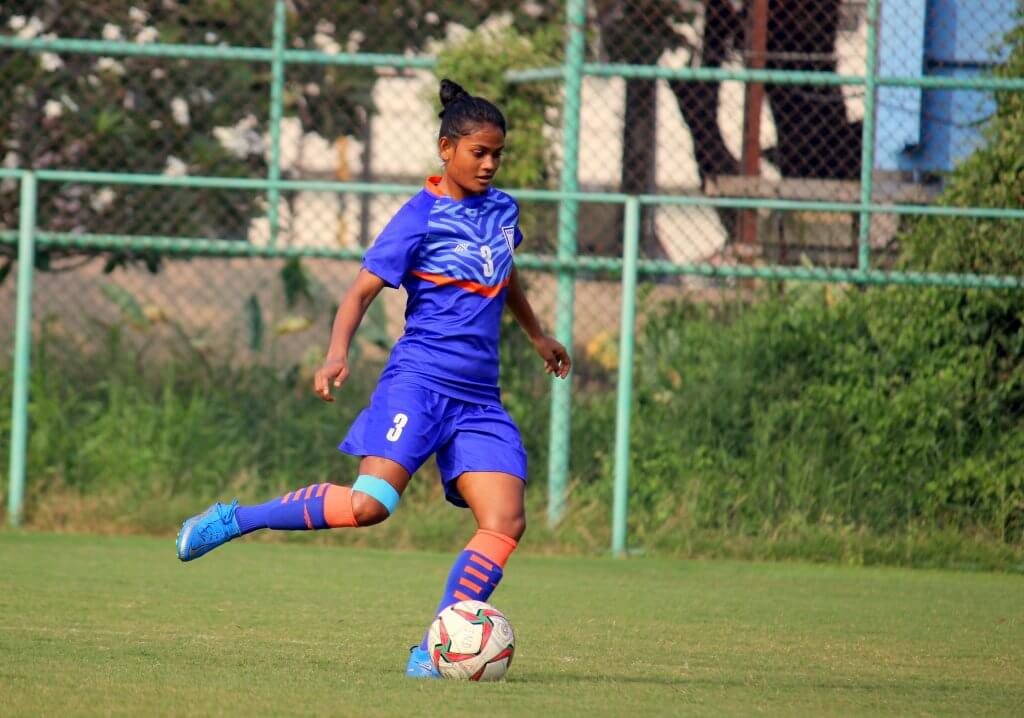 “It was a difficult time in my life. I could not play for some time, but once you don’t play anymore, you realise how much the sport really helps you stay on track in your life. Once I realised that I wanted to get back to the field again; I made something for myself by playing football,” she said.While the beautiful game has helped Manisa overcome such terrible losses in her life, she has not always had the support of society in her endeavours.“In the beginning, there was a mixed reaction from my neighbours and relatives, about me playing football,” the defender averred. “Not that everyone was against it, some did support me, but there were quite a few, who advised me to stay away from it.”It was at this stage, that her grandmother and aunt came in to fully support her in her footballing journey.“They never discouraged me from playing football. They told me to pursue whatever avenue interested me the most, and told me that they would always have my back, no matter what,” she informed.

Such opinions on women playing football completely turned on its head, once the young defender started getting call-ups for the junior National Teams – India U-17 and India U-19. She eventually broke into the senior National Team in 2015.“Once I started getting opportunities in the junior and senior national team, people started seeing my name in the papers, and those in our village would come and tell me that I’ve made our village proud, and that felt very good,” smiled Manisa. “Especially when it came from those who at first used to discourage me from playing.”One person who has had a major impact on Manisa during the formative years of her life is her grandmother, who took the major responsibility of bringing up Manisa and her brother.“My grandmother is a very big inspiration. She always used to keep herself busy, just to be able to feed us three times a day. She was determined to take good care of us and ensure that we get the support to reach a certain level from where we could take care of ourselves. I’ll always be grateful to the support that she gave us during those tough times, and I’m prepared to do anything for her,” expressed the 30-year-old.

‘WE ARE CONFIDENT IN OUR ABILITIES'

One of the highlights of Manisa Panna’s footballing career on the international level so far is winning the 2016 SAFF Women’s Championship title with the Blue Tigresses in Siliguri, West Bengal. However, the challenges coming up ahead are set to be of a far more special kind.“We are all preparing really hard for the AFC Women’s Asian Cup. It’s a special occasion because India will be hosting it, and the squad has a lot of belief in itself. We are all enjoying our training regime under the new coach (Thomas Dennerby), and the team looks really fit and hungry to do well,” said Manisa.India have been drawn in Group A of the Asian Cup, alongside IR Iran (January 20), Chinese Taipei (January 23), and China PR (January 26). The 30-year-old defender feels that though there will be tough competition to get into the quarter-finals, the Blue Tigresses believe that they can do it.“We have a strong group to play against. Iran are a good side, and we have played against Chinese Taipei recently in a friendly (India won 1-0), which was a tough game for us,” she said.

“They play a lot of short passes with one or two touches, and we had to play as one unit to beat them. And then, of course, there’s China, who are one of the best in Asia.”“But we are confident in our abilities. If we do well in the Group Stage and make the quarterfinals, then we stand a chance of qualifying for the World Cup, and that remains the long term goal as of now,” Manisa stated.