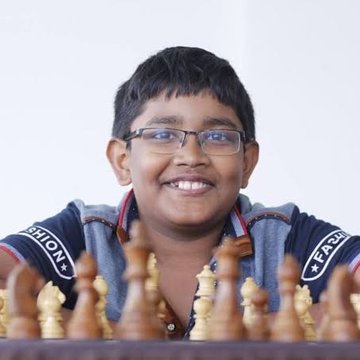 In a historic moment for India, the nation got its 73rd Grandmaster (GM). 14-year-old teenage sensation from Chennai, Bharath Subramaniyam, became the same on Sunday. He completed his third and final GM norm during Italy's Vergani Cup Open. He scored 6.5 points in the nine rounds along with four others, while overall, he finished seventh at the event.

Subramaniyam scored 6.5 points from nine rounds along with four others to finish seventh overall in the event. He secured his third GM norm here and also touched the requisite 2,500 (Elo) mark.

Notably, to become a GM, a player has to secure three GM norms and cross the live rating of 2,500 Elo points.

The All India Chess Federation (AICF) also congratulated the teenager on his feat.

“Fourteen-year-old Bharath Subramaniyam becomes the 73rd Grandmaster of the country after completing his final GM Norm and crossing the 2500 rating at Vergani Cup Open in Italy. All India Chess Federation congratulates Bharath for the achievement," AICF wrote on its website.

Meanwhile, another Indian Grandmaster MR Lalith Babu also took part in the Vergani Cup Open and won the title on Sunday in Italy.

Lalith seeded 9th in the tournament, scored seventh points out of a possible 9, and tied for the pole position along with second seed GM Niemann Hans Moke of the USA, Vitaliy Bernadskiy of Ukraine, and Nurgyul Salimova of Bulgaria.

But a better tie break score helped Lalith to finish as champion while Moke finished as the first runner-up. Top seed Anton Korobov of Ukraine finished at fifth position.