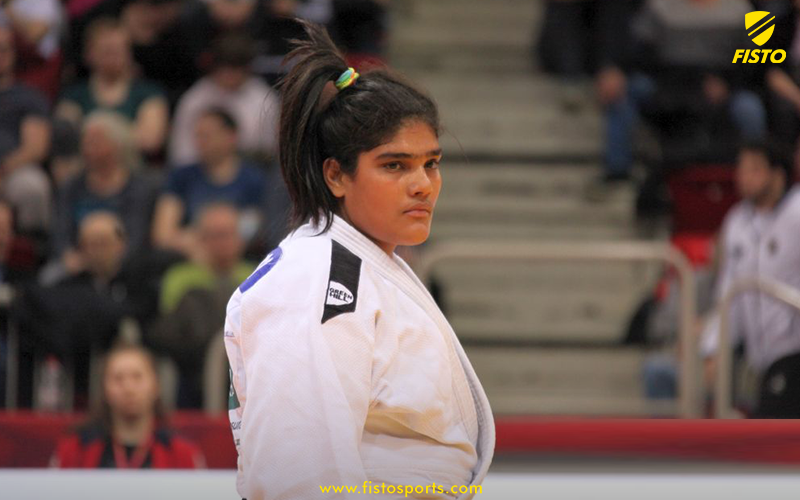 Known to a few, unknown to many – like her sport, Tulika Maan is undoubtedly one of the judokas to watch in the country women’s circuit having already made a huge impression at the continental level.

Several exceptionally talented judokas have progressed through the ranks of the famous ‘Enigma Fitness’ – a Judo and fitness center run by Arjuna Awardee – Yahpal Solanki and Tulika Maan is the most recent to emerge as a product of the work that occurs across the NCR region on Delhi.

Deciding to try out the sport just to pass the time at the age of 8, Tulika Maan quickly developed into a good amateur, however, it wasn’t until 2017, when she met her coach Yashpal Solanki, who since then has been helping her elevate her play as her love for the sport began to increase.

The youngster now aged 22 has accumulated many badges and accolades under her belt. She currently ranks as India No.1 and World 62. She is also a four-time national champion. She made it to the podium finish in both Asian Championships, Asia Cup, Commonwealth Championships and South Asian Games in the last four years.

Silver Medallist at the Junior National Championship 2016 Saifai, UP.

Gold Medallist at the Senior National Championship in Chennai, 2017.

Gold Medallist at the Junior Nationals 2017 in Jalandhar, Punjab.

Brown Medallist at the Junior Asian Championships in 2017 at Kyrgyzstan.

Gold Medallist at the Senior Nationals in 2018 in Jammu and Kashmir.

Brown Medallist at the Junior Asian Championships in Lebanon, 2018.

Gold Medallist at the South Asian Championships 2018 in Nepal.

Gold Medallist at the National Ranking tournament in 2019 Delhi.

7th-rank finish at the Senior Asian Championships in 2019, UAE.

As her impressive CV have shown, Tulika has all the tools necessary to succeed at any level of the game and we might very well have another mercurial talent in an obscure sport who will be pushing for major honours over the next few years.

When did you start playing Judo? What actually got you interested in the first place?

I started Judo when I was eight years old, by joining a local centre located near my house. Initially, it was just to pass the time and learning the basic different techniques of self defense but when in 2017 when I started training under the tutelage of Yashpal Solanki and steadily took an interest in the sport. My coach helped me in every aspect of training. He helped me with my weaknesses, he worked on my strength and made me more powerful, I am still learning and developing.

My role model is my mom and my coach’s wife Arti Solanki. Both of them played a vital in the reason behind my judo career because of whom I stand right here. So, I look at both of them as my role models.

What do you like best about Judo and why?

Judo makes me feel special, my passion, dedication, and love for Judo and the dream of my parents of seeing me becoming the best sportsperson of the nation makes me stick to it no matter how hard it gets for me to continue. Judo gives us a code of ethics and a way of living. I also like the fact that how we start our fight by bow each other and end our fight in tatami (judo mats). Judo is a way of living!

What is the current status of Judo in India? What steps should be taken by the government of India to promote Judo?

In South Asian countries, Indian judokas are the best but when it comes to the world level, we need to work more on our power and techniques. Despite the lack of support and recognition, we have come this far and then just imagine how far we will go with the support of the government. Judo also needs to be promoted as a tool of life long education as well as a platform for friendship, peace and international cooperation.

What is the toughest obstacle you have had to face in your career?

The toughest moment of my life was the Tokyo Olympics Qualifying event in which we five judokas were trying our best to secure a place in the quadrennial event but in the last, our Federation decided to take only two, I was shattered and lost motivation over the course of a few weeks primarily including politics in our sports and our National Organization. I took some time off and get my motivation back.

Who is your favourite Judoka?

My favourite judoka is Greece judoka Ilias Iliadis. He is the youngest ever Olympic male Champion in 2004, aged 17 and now he is the head coach of the Uzbekistan national team.

You won many tournaments and proved that progressing so fast, can you share the most memorable wins in your Judo career so far?

There are many good memories but the best one is my first senior national in Chennai because I was the youngest in my weight category and I was scared to some extent because my second fight was with the Commonwealth Games 2014 silver medallist and lastly, I won that fight and the competition and also I was adjudged as the best judoka female in 2017.

Are you good in your studies as well? If yes, how do you able to manage sports and studies? How supportive your school/college has been?

Actually, I am not really good in my studies. After finishing, my 10th standard, I told my mom that I don’t want to continue studying further as I have bigger plans to achieve in the sport. And years have passed and my college (DDU Gorakhpur University) supports me a lot.

As a judoka, what was your strength? What are the areas you need to improve on?

I don’t know what my strength is but my coach always says that I need to polish my techniques. I have a good power and I need to improve my techniques and speed which I realised too. So learning is a never-ending process.

Is there something that you haven’t done that’s on your Judo “bucket list”?

Yes, I have a dream to be the first World Champion from India in Judo and also an Olympic champion.

Many players have routines, habits and superstitions when compete. Do you have any individual quirky things you do before a fight or special items you carry with you in your bag that must go with you everywhere?

Not really a routine, but I do have a habit that on the day of my fight, I take a cold-water shower and eat a lot of rice for the breakfast and carry chocolate with me everywhere I go.

What else do you do? Is there something else that you do that you like to perfect outside of judo?

I love anime so much and even done a 3D animation course when I was 16 years old.

Which are your short and medium-term objectives as a judoka?

My main goal is to win a medal in the Asian Games and Commonwealth games in 2022 and after that World Championships 2023 in Uzbekistan and Olympics 2024 in Paris. These goals drive me to move forward with more focus and with more passion.