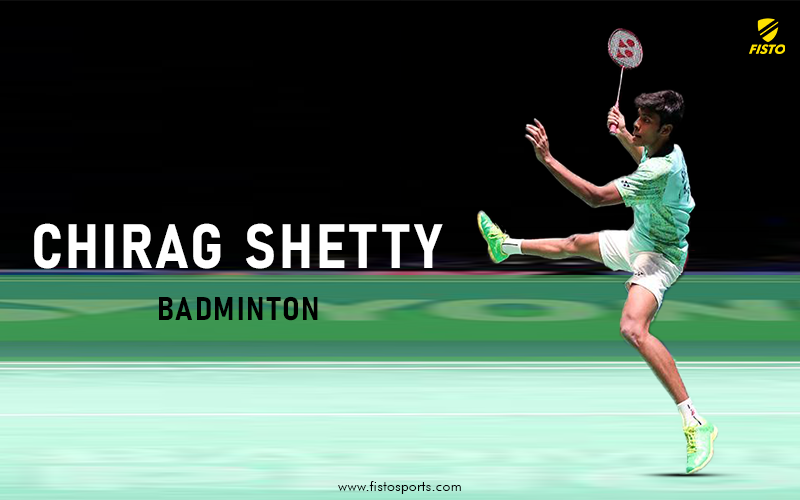 ‘Netflix and no chill’: Chirag Shetty on keeping himself busy during the covid-19 lockdown

The World No. 10, men's doubles badminton player is training at home but says the priority now is for the world to be healthy and virus free.

“It’s been challenging,” the 22-year-old said in an interview with Fisto Sports. I will continue to stay positive and keep working. I will be ready when I step on the court when it all comes to an end.”

Chirag Shetty much like other Indian athletes mandated shelter in place. He has been spending time wisely and taking precautions measures to battle this virus.

“As you know the situation is pretty bad with the Covid-19 outbreak. For the past 15 days, I have been avoiding going out, staying indoor as well. Of course, I am going down to get some groceries. That is it. And that’s the only way to stop the spread of the virus.”

The 22-year-old shuttler is still training daily, continuing ball practice to keep in touch with the game as well as remaining consistent with pitching drills.

He says, “I have been working out in my home like every day. We have one-hour session with the national team members to keep ourselves fit. Apart from that, Ring swing in our house. I have been doing pullups on that. Dumbbells, shoulder exercise, biceps, squats and everting. So from a physical standpoint, I really don’t think we’re going to miss a beat.”

The enforced break has brought out some unique skills out of Chirag as he claims he has been using the lockdown time wisely. His prowess with a racket in hand is well-known but turns out Chirag Shetty is also handy painting.

“I have been painting a lot. It keeps me occupied and helps me stay positive. He thinks the postponement of the Tokyo Olympics is a right decision. He believes it will give more time to hone his ahead of the big event.

I wouldn’t say its’ a blessing for us, at this moment that was the right decision to take. I think the play would be suspending until August or September. I think they will start off the qualification process in the later period.

For Chirag personally this lockdown break gives another chance of figuring out what to. Results over the last 12 months have been great and by the standards, he believes that he and partner Satwik can carry forward the same form to secure a Tokyo Olympics ticket. “I think we will keep our goal is to secure a place in the Olympics,” he said.

When asked about which player he admired at the start, both at the local and the international scene and who he regards as best or famous for a specific technique or an area of skills.  He replies, growing up, my role models were Prakash Padukone, Lin Dan and Taufik Hidayat. I have always admired them and their game. In doubles, I would say Lee Chong Wei, Hendra Setiawan, who is extremely famous for his net play. I have played with him, I know how good net player he is. In defense, I would say, and Lin Dan." But more than anything Chirag wants to get back on the court to play the game of his life.

“It’s been hard, and I’m missing badminton a lot right now. I’m just hoping to get the season back and hit the ground running when it does.”

In the end, it’s not unsurprising for many that Chirag Shetty, who probably have fond memories of growing up with Friends, names the glossy TV series as his #1 favorite show, followed by Breaking Bad and Narcos.

Denmark Open: Lakshya Sen off to a flying start