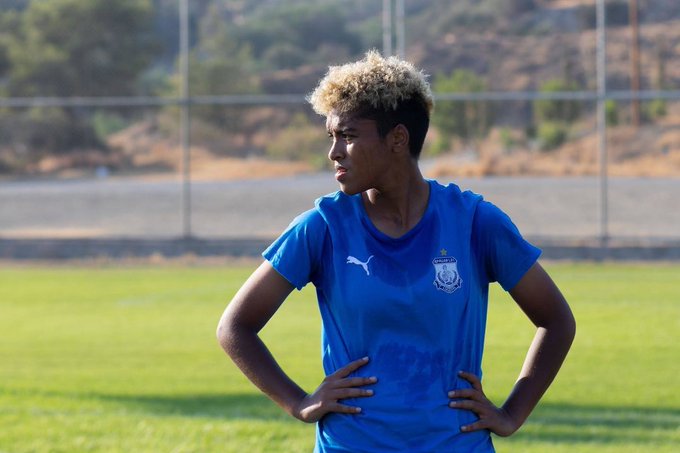 Manisha Kalyan is certainly one of the most talked-about names in Indina Women's football at the moment. The 20-year-old has already broken a whole host of records and the Indian football world is longing to see more.

But what do we know about the talented footballer? We’ve put together a list of 10 things about Manisha Kalyan that you may not be aware of.

Manisha became the first Indian footballer to play in the UCL

When Manisha Kalyan got off the bench to play for Apollon Ladies FC as a substitute for Marilena Georgious on Augusst 18, 2022, she became the first Indian to feature in the best club competition in the world, the Uefa Champions League. However, this is not the only first that the Indian women’s football team striker has achieved so far.

The player from Punjab also made history by becoming the first Indian to score in a continental club competition i.e the AFC women's Asian Club championship.

First Indian footballer to score against a Brazillian Senior Team

A month later, the winger created another bit of history by becoming the first Indian to score a goal against Brazil in international football. Despite the goal for Kalyan, Brazil eventually ended up crushing the Indian Women's team 6-1.

She was born in Hoshiarpur, Punjab

The 19-year Indian attacking midfielder was born in Mugowal district in Punjab's Hoshiarpur district on November 27, 2001. Her father was the sole bread earner of the family who ran a small cosmetic shop in the village. She was into athletics initially, at least till she was 13 years old.

Her first love was athletics and basketball

Initially, plying her trade in in athletics and basketball, Manisha shifted to football on the advice of her school Physical Education Teacher (PET) when she was in class eight. Before 8th standard, she was playing basketball, running 100m and 200m. One day, PET teacher, who was a footballer had asked her if she want to play in district football team. He took her to a trial in which she got selected. She was a novice but thanks to attention and guidance given by her coach, she began to show more interest and discipline in learning the sport.

She had to disguise herself as a boy to play football

Manisha had to sport a look of tie-a-towel around her hair to look male to play football with the boys durong tournament.

While the youngster is the first and only Indian player in history to score a goal at the AFC Women's Club Championship, Manisha Kalyan has also won the Indian Women's League with Gokulam Kerala FC, not once, but twice.

Manisha's idol and his true inspiration.

The India forward had revealed to FISTO SPORTS that she loves watching Lionel Messi and seeks inspiration from the Argentine to score goals on a regular basis. She also a big fan of Ronaldinho, Manisha used to watch a lot of videos of the former Ballon d’or winner Brazilian star.

Manisha, who grew up watching Ronaldinho videos revealed that friends at her village used to call her ‘dinho’. When she first made her Instagram account, it was named ‘mkd’ meaning Manisha Kalyan Dinho.

For her brilliant goal against Brazil, four goals in four games for India and a total of 14 goals in 11 appearances for Gokulam Kerala in the Indian Women’s League, Manisha was chosen as the Women’s Player of the Year by AIFF for 2021-22 season. She also notched Emerging Player of the Year Award in the 2019-20 edition of the IWL.

These were 10 Interesting Facts About Manisha Kalyan that one may or may not know but irrespective of which these are amazing in every sense of the word.