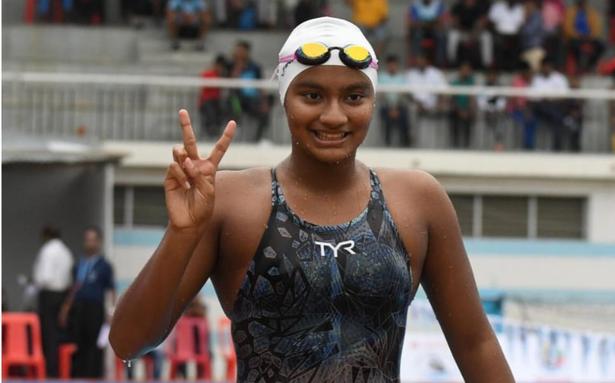 17-year-old swimming phenom Apeksha Fernandes smashed the National Record and finished 8th in the 200m Butterly - Women Finals in the World Junior Swimming Championships. She is now the first and only Indian woman swimmer to compete in a final of the World Championships.

In the World Junior Swimming Championships heats, Apeksha Fernandes had rewritten her own 'Best Indian Time' of 2:18.18 to qualify for the final.

The 17-year-old clocked 2:19.14 to finish last in the eight-swimmer final on Wednesday.

In the heats, Fernandes had rewritten her own 'Best Indian Time' of 2:18.18 to qualify for the final, the first Indian woman to do so in the world meet.

Her previous best was 2:18.39 set in June which is awaiting ratification by the Swimming Federation of India.

In swimming, a timing is considered a national record only when it has been achieved at the National Aquatics Championships.

Hence, the timings clocked in other meets are called the 'Best Indian time'.

In other results, Vedaant Madhavan was disqualified due to a false start in the men's 200m freestyle event heats while Sambhavv Rama Rao failed to qualify for the final, finishing 27th overall with a time of 1:55.71.