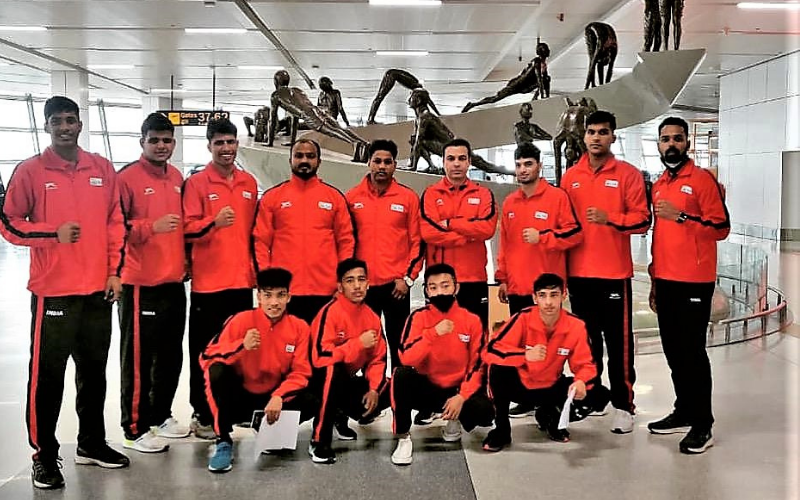 Rising Indian pugilists Ankit Narwal and T Sanamacha Chanu are among the key attractions as 19 Indian boxers are all set to begin their campaign at the 30th Adriatic Pearl Youth Men and Women Boxing Championship starting from today in Budva, Montenegro.

This is first-time since the COVID-19 pandemic, Indian youth team is participating at any international tournament.

Haryana boy Ankit, who will be seen competing in the 64kg category, has emerged as India's biggest hope for future with his brilliant performances in the youth circuit in the recent years including three successive gold medals at the Khelo India Games and Silver medal at the 2019 ASBC Youth Asian Boxing Championship held in Mongolia.

While the 2019 ASBC Asian Women Boxing Championships gold medallist T Sanamacha will lead women's charge for India. The Manipuri girl, who trains at the MC Mary Kom Academy and has been highly impressive in the recent years will be a strong contender for the title in the 75kg category.

The 30th edition of the Adriatic Pearl Youth Tournament, which is starting late in the night today, will go on till February 22. And with the presence of strong competition from thirteen countries including boxing powerhouses such as Russia and Ukraine, the upcoming tournament will provide a good opportunity for Indian youth boxers to get into much-needed match practice ahead of the AIBA Youth World Boxing Championships which is scheduled in Poland from April 10-24.