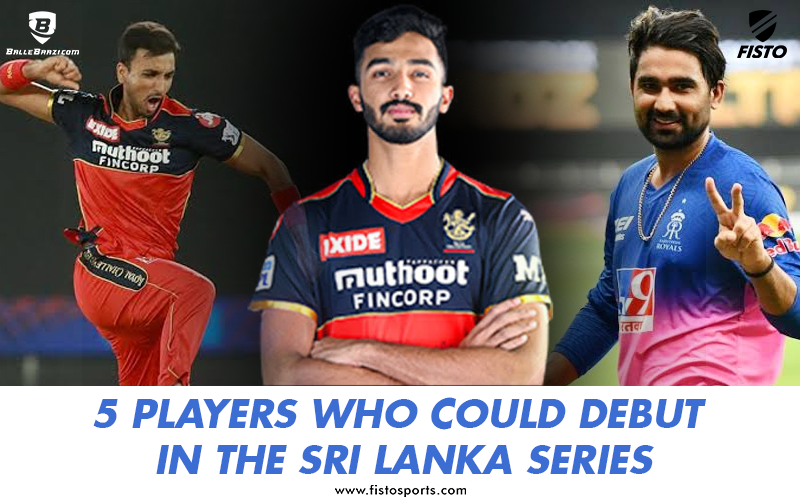 There are a number of exciting talents to look forward to when India face Sri Lanka in the bilateral series next month and we may see a few new faces in action too.

India is set to play Sri Lanka in a bilateral series, which will be the second time India will be fielding two different national teams. This series will provide a plethora of opportunities for a lot of young talents, who performed under pressure will get an opportunity to showcase their talents.

Rahul Dravid is the coach for this series, as Ravi Shastri will be in England for the ICC World Test Championship final. Dravid trained a lot of youngsters in his tenure as U-19 Coach. So, he will give options and his valuable inputs to the young players. We will pick our top 5 players who could make their debut in the upcoming tour.

A young architect left his job to pursue his dream, his everything of representing the nation in cricket. Varun struggled initially to break into the strong Tamil Nadu side.

After years of struggle, he broke into the side representing the state in the 2018-19 Vijay Hazare trophy. His big break came when he was picked up by the Punjab Kings during the 2019 auction for a whopping 8.4 crores. With his mysterious action (similar to Sunil Narine) and variety of deliveries like googly, carrom, fast undercutters, he was very effective for Kolkata Knight Riders in the 2020 IPL. He often bowls in the powerplay and during the death (IPL) making his economy of 7.35 and a strike rate of 19.42 very valuable. With turning pitches in Sri Lanka, this would be a great opportunity for Varun to showcase his calibre.

Devdutt Padikkal is one of India’s most exciting players at the minute. With India’s first-choice openers Rohit Sharma, Mayank Agarwal, KL Rahul in England for the WTC final, Padikkal will get a chance to showcase his talents for the opening slot. If the series is settled early, he may get a nod ahead of one of the two in-form openers (Prithvi Shaw and Shikhar Dhawan).

Padikkal had a great IPL with the initial struggle in Chennai but exploded into the scene with a blistering century against Rajasthan Royals. The 20-year-old would be a great successor to Dhawan, who is not in the mood to stop hitting the cricket balls. With an impressive strike rate of 152 from this year’s IPL, he would be a great addition to this Indian side.

Sakariya, hailing from humble backgrounds took the stage by storm with his debut performance. India has produced some good left-arm seamers over the years. Sakaraiya, similar to Natarajan, had to struggle very hard for his family and had poor facilities to hone his skills. He lost one of his supportive pillars, his elder brother to suicide but came over it mentally and showcased his perseverance and skill in the debut game against Punjab by removing Agarwal early.

With a variety of slower-balls, he would form a great partnership with Bhuvaneswar Kumar at death. His knack to bowl dot balls at regular intervals is an asset. This tour will provide him the impetus to prove himself to the selectors.

Rahul Tewatia came into the limelight when he smashed 5 sixes in a single over against Punjab Kings equaling the most number of sixes hit in a single over in IPL. The 28-year-old, who plays local cricket for Haryana, will be a like-to-like replacement for Ravindra Jadeja.

Tewatia is handy down the order, and his ability to bowl useful leggies in the middle over makes him a valuable asset. He is a good player of spin and is a good fielder. He should showcase his talents in white-ball cricket (especially in T20’s), giving a healthy headache to Indian selectors.

Harshal Patel represents Haryana and is their current skipper. The star performer of this year’s IPL, Harshal has 17 wickets from 7 games. His numbers are very impressive as he has a strike rate of 9.8, bowling more than 70% of his overs at the death.

The 30-year-old also provides decent batting stability down the order. He could be a useful wicket-taker in the crucial overs as RCB has most wickets from 16-20 – most of that came from Harshal Patel.

NOTABLE MENTIONS are Ishan Kishan, Rahul Chahar, Rutraj Gaikwad who could also get a national debut in this series. The Wall is known to nurture and help youngsters get into their groves comfortably. If India clinches the series early, then we wouldn’t be surprised to see a lot of youngsters making their debut.