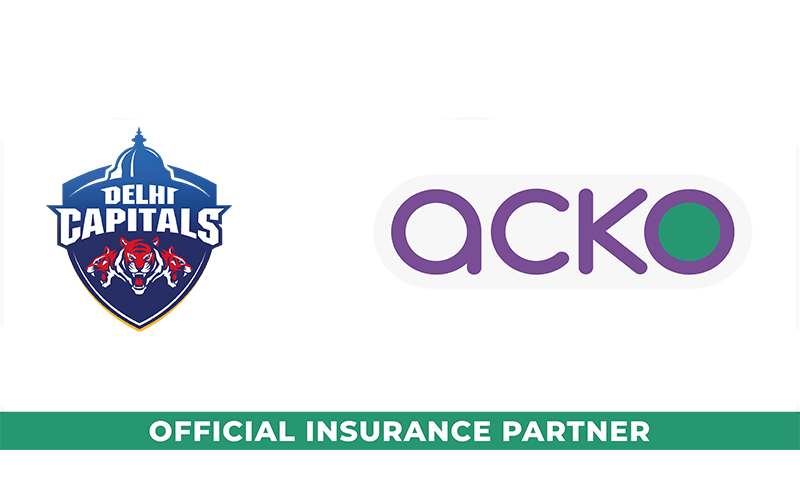 India's first and fastest-growing wholly digital general insurance provider Acko General Insurance, announced its association with Delhi Capitals for the 13th edition of the most awaited Indian Premier League. As part of the partnership, Acko will be the official insurance partner of the team. The Delhi Capitals team will be sporting the Acko logo on their helmets and caps.

Acko’s maiden innings with IPL sponsorship last season saw it registering a surge in awareness levels and transactions on its platform among a newer audience.  The goal with this year’s collaboration with the Delhi Capitals team is to strengthen brand value and recall by engaging with a vast consumer base at the biggest cricketing league in the world. The brand logo on the team’s helmet is aligned with the overall brand narrative of ‘protection’ being a necessity. The association will be amplified with a 360-degree campaign across television, digital and social media platforms in the coming weeks.

To further drive consumer engagement Acko will be running a series of entertaining contests over a period of 5-6 weeks throughout the IPL season.  Aimed at capturing the interest of the Delhi Capitals’ fans and making it a memorable experience for them, the contests will be held on the Delhi team’s game days.  A fun lead film featuring popular members from the team will be used to announce the contests across television, digital and social media.

'Catch the Acko logo' is one such contest that will be held during the Delhi Capitals' first game of the season. Aimed at aiding brand discovery and engagement, the contest will be simple - all that one needs to do is count the number of Acko logos present in the stadium (on caps, helmets, perimeter boards etc.) during the match and post it on Acko’s website. Prizes for the winners will include team merchandise and a mega prize of a 30 minutes virtual meet and greet with DC players.

Ashish Mishra, Executive Vice President - Marketing, Acko General Insurance, said, “We are excited to partner with the highly talented Delhi Capitals team. Our goal is to drive brand awareness and brand discovery among new customers pan India. IPL being the biggest and most popular sporting event in the country, makes it an exceptional avenue for a branding exercise for a young brand”.

Dhiraj Malhotra, CEO, Delhi Capitals, said, “We are thrilled that Acko has come onboard as a partner for us in the forthcoming season of the Indian Premier League. Acko is a distinguished, young and upcoming brand and there is a strong alignment as both partners are constantly striving to scale new heights. We look forward to having a very successful association this season”.