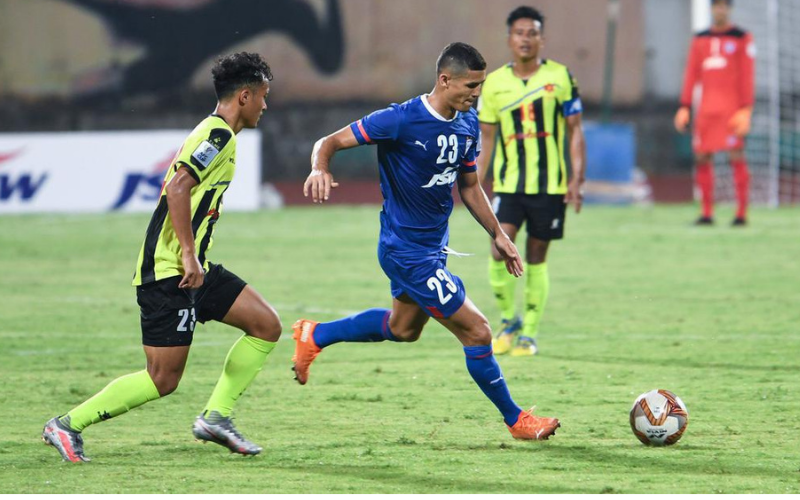 A second-half goal rush saw Bengaluru FC mark the start of new coach Marco Pezzaiuoli’s reign at the club with a convincing 5-0 win over Nepalese side Tribhuvan Army FC in their 2021 AFC Cup Preliminary stage two clash in Bambolim on Wednesday.

Goals from Rahul Bheke (2), Cleiton Silva (2) and Sunil Chhetri put a seal on the tie and handed the Blues passage into the playoff stages of the continental competition.

After a goalless first half, BFC came out all guns blazing in the second. Bheke nodded home a corner from Silva six minutes after the break to put BFC 1-0 up.

Moments later, a scramble in the box saw the ball fall to Chhetri, who slotted home to double the advantage. For the third, Chhetri flicked the ball to Silva and the Brazilian shrugged off his marker, rounded the goalie and then buried the ball into an empty net just after the hour mark.

Two minutes later, Udanta Singh managed to wriggle past three players on the right flank and found Bheke, whose cross into the area was brought down by Silva and finished on the turn.

It then became like a routine training session for BFC who just held possession for the majority of the second half, toying with them like a bird stalking its prey.

Moments after the fourth, Silva’s corner was turned in, once again by Bheke, for the fifth goal of the evening.

The game also saw Damaitphang Lyngdoh make his debut after being introduced in the 75th minute.