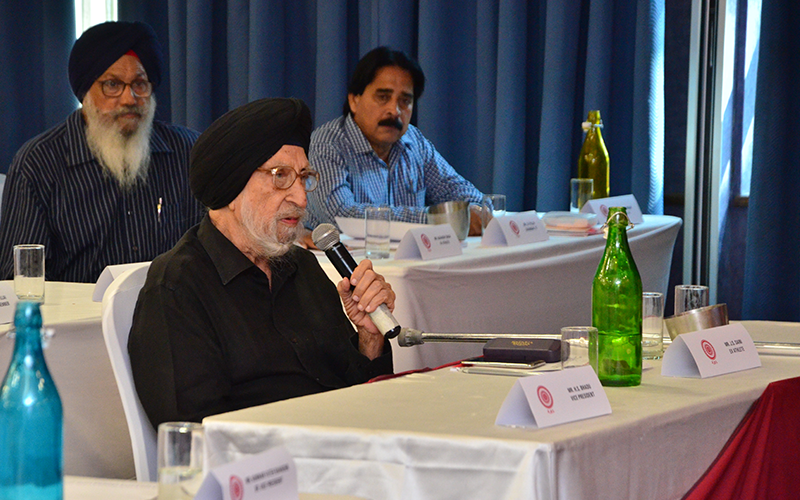 Athletics Federation of India condoled the death of its Advisor, former National coach, Joginder Singh Saini today. Saini Saab, as he was known by everyone whose life he touched, was among the country’s foremost teachers and decorated with the Dronacharya Award. He was 90 years old and breathed his last at his hometown in Patiala.

He was the Chief Coach of the Indian athletics team, which won eight gold medals in a total of 18 medals in the 1978 Asian Games. He served Indian athletics for long in that position and took on varying roles within the Federation, from being a selector to Advisor. Despite his advancing years and failing health, he kept himself abreast with the latest developments.

Mr. Saini also learnt a lot from Dr. Arthur W. Howard, the coach of the Indian athletics team and NIS Deputy Director. Mr. Saini’s keen eye for talent and coaching skills came to the fore when he encouraged Gurbachan Singh Randhawa to take up decathlon and go on to become the Asian Games gold medallist in 1962.

“I am truly sad to hear of the passing away of our colleague, my Chief Coach and mentor, Mr. JS Saini. He loved athletics and contributed to Athletics Federation of India till his last day. He was my friend, philosopher and guide and helped me immensely in my role as AFI President with his sound advice,” said AFI President Adille Sumariwalla.

“The Indian athletics fraternity at large and I will miss Mr. Saini. It is a great void, not easy to fill. It is a great loss to the entire sporting fraternity of India. My deepest condolences to his family and prayers for his soul to rest in eternal peace,” he said of Mr. Saini’s calming influence and reiterated that AFI will continue to work towards fulfilling his vision and his dreams.

AFI Picks Four Events To Popularise At The Grassroots Level