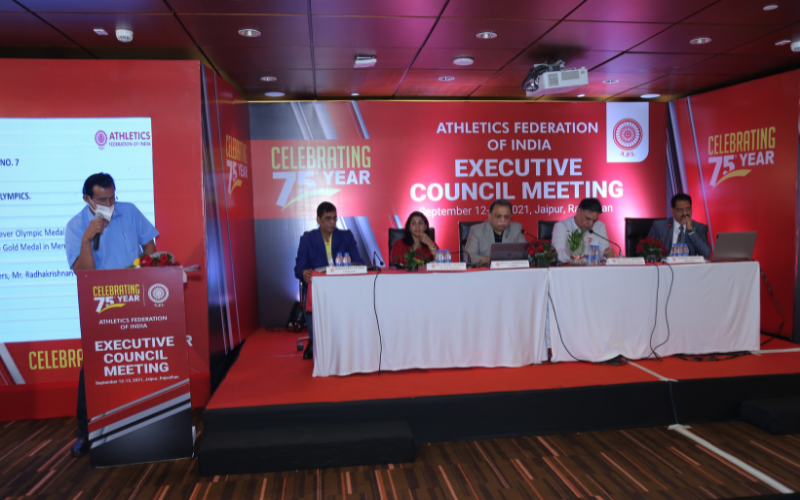 In a major decision, Athletics Federation of India today decided that it would redesign and strengthen its junior programme to be able to build on the gains of Neeraj Chopra's Olympic Games gold medal and the three-medal haul in the World Athletics U20 Championships.

At its two-day Executive Council meeting here, AFI resolved to support juniors in events like 400m, Javelin Throw, Long Jump, Triple Jump and Race Walking. "We want our Juniors Athletes to have strong foundation and provide them more competitions," AFI President Adille J. Sumariwalla told reporters. "It will be a boost for the Junior Programme that AFI launched three decades ago. In order to give our athletes more competition in the preparatory stage, we will conduct Zonal level meets."

Stating that the thrust will be in these events, the AFI President said that the Council had also decided to widen the talent identification process. "Apart from our flagship National Inter-District Junior Athletics Meet, which is the world's largest talent search programme, we will go the extra mile and scientifically scout for talent in villages in these events," he said.

He revealed that the Executive Council had reviewed the performance of the athletes and coaches in the Olympic Games and made some decisions, including rope in two new coaches for Javelin Throw. Similarly, AFI would get coaches for Shot Putter Tajinderpal Singh Toor and Long Jumper M Sreeshankar.

AFI Planning Committee Chairman Dr. Lalit K. Bhanot said the Federation had carried out in depth analysis of the performance of athletes and coaches in the Olympic Games. "Neeraj Chopra was consistent and deservedly won the gold medal, though the target was 90m. Discus thrower Kamalpreet did well despite not having adequate international exposure," he said.

"The men's relay team did well to set a new Asian Record, though it had the capability of clocking 2:58. The squad needed higher level competition in the run up to the Olympic Games but the second wave of Covid-19 affected our plans. Steeplechaser Avinash Sable created a National Record despite having to recover twice from Covid-19. Lack of international competitions affected our performance," he said.

"Our coaches will work with the foreign coaches who have the latest knowledge," he said, pointing out that the Federation is working towards raising the level of Indian coaches.

AFI President also said AFI had agreed to have Tata Steel as the host of the AFI National Open Athletics Championships for the next five years in Jamshedpur.