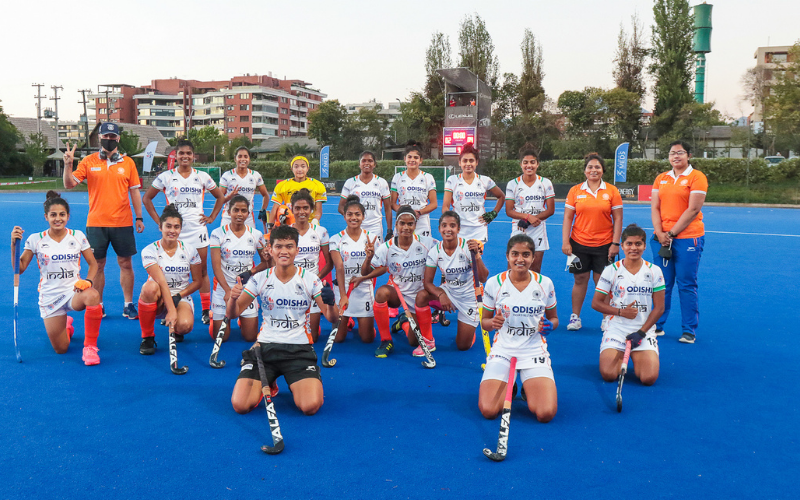 After a successful tour of Chile, the Indian Junior Women's Core Group have returned to SAI Centre, Bengaluru to resume their preparations for the all-important Junior Women's Asia Cup and FIH Junior World Cup (Women) scheduled for December this year.

The 37-member Junior Core Group reported in SAI Centre, Bengaluru on 10th February and have completed the mandatory quarantine period. "Having completed the mandatory quarantine period, we are now geared up to begin our preparations for the Junior Women's Asia Cup. I believe all the players are well-rested and are feeling fresh mentally and physically," stated Erik Wonink, Coach, Indian Junior Women's Hockey Team.

The Junior India women's team led by Suman Devi Thoudam registered wins against Chile's senior and junior teams last month and returned home unbeaten. The feat, Wonink believes is a big confidence-booster for the young squad. "I am delighted with the way the players applied themselves despite being away from action for a year. There were plenty of positives from the Chile tour and we need to continue to push in the right direction in the months ahead."

He added: "We have a challenging year with the Junior Women's Asia Cup and the FIH Junior World Cup (Women) coming up. The success in Chile has definitely boosted the morale of these young players and it also brought about good exposure for those who have not had the experience of playing too many international matches."