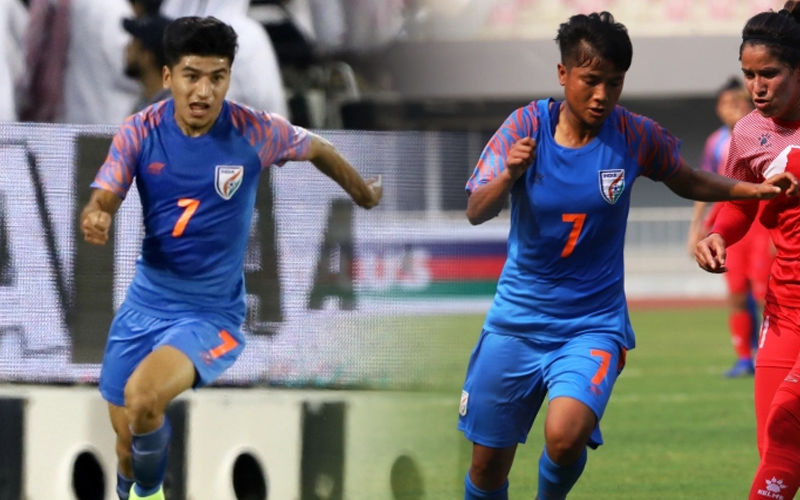 Gurpreet Singh Sandhu, Sanju, Anirudh Thapa and Ratanbala Devi have been named among the recipients in the 2019-20 AIFF Player of the Year Awards.

India goalkeeper Gurpreet Singh Sandhu and women’s team midfielder Sanju were on Friday declared the winners of the All India Football Federation (AIFF) Footballer of the Year awards for the 2019-20 season.

This is the first time Gurpreet has received the award. He became the second goalkeeper after Subrata Paul in 2009 to be honoured thus. Gurpreet was elected as the winner on the basis of votes from Indian Super League and I-League club coaches.

“There was always a desire to reach this point and this is an award which I have always looked up to. Chhetri bhai (Sunil Chhetri) has won it so many times and I have always [wondered] when I can be worthy enough to win it. Huge thanks go to AIFF and everyone who has supported and helped me relentlessly to help me achieve this today,” Gurpreet said.

“Garnering the all-important draw against Asian Champions Qatar in Doha, eleven clean sheets in last Indian Super League edition, winning the Golden Glove award could not have been possible without the team.”

The 28-year-old also possesses the Arjuna award which he won last year.

Meanwhile, national women’s team midfielder Sanju was selected the winner after an excellent season. Ratanbala Devi won the 2019-20 Emerging Women’s Footballer of the Year Award. Both the winners were selected by head coach Maymol Rocky in consultation with AIFF technical director Isac Doru.

Sanju said, “Personally, it’s a big milestone for me. This award is the proof that all the hard work that we have been doing over the last few years has indeed paid off. I would like to thank AIFF for all the exposure that we have got to grow and to improve ourselves. I’d also like to thank the seniors in our team. All of them have been an immense help to me and have helped me cope with the rigours of international football. I’d also like to thank Maymol ma’am for allowing me the time and the opportunity to grow within the team and express myself on the pitch.”

Midfielder Anirudh Thapa was named the men’s Emerging Footballer of the Year. He was also selected on the basis of votes from ISL and Hero I-League club coaches.

The award for the best referee was won by L. Ajit Kumar Meetei from Manipur, while P. Vairamuthu from Tamil Nadu was named the best assistant referee.