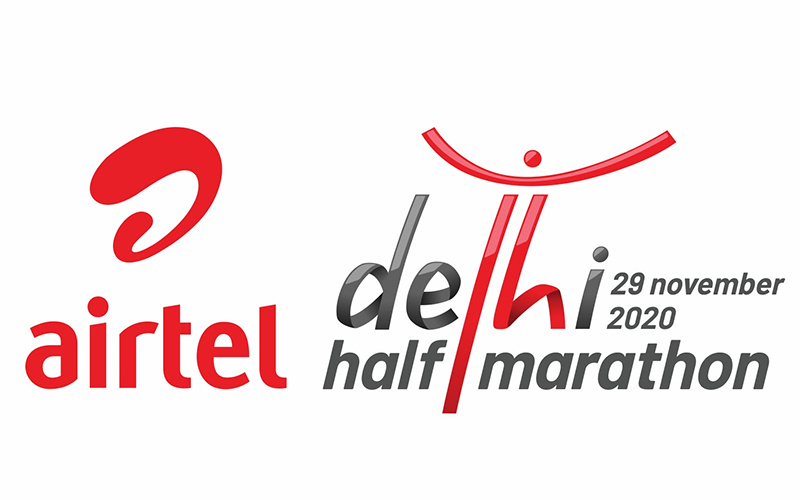 The Airtel Delhi Half Marathon (ADHM) has inspired us to #GoBeyond - go beyond convention, go beyond what’s expected and push the boundaries of what’s possible.

Over the years Airtel Delhi Half Marathon, a World Athletics Gold Label Race has been a catalyst for transformation. Distance Running and the running community has been at the forefront of a changing, health-conscious capital. There has been a paradigm shift in the perception of Delhi that is now beyond a political nerve center or of a sedentary culture.

Be it active lifestyle, women empowerment, philanthropy or a platform to be inclusive and bring society together – the Airtel Delhi Half Marathon has energized the community at large. Instilled hope, belief, confidence and has been a positive force to move individuals for their passion and take action.

This changing landscape paved the foundation for a fresh identity. With the 2020 edition, the Airtel Delhi Half Marathon entered a new phase, a new beginning. The campaign has kick-started with a contemporary modern identity for the event logo.

The Runner and the spirit of every participant is at the heart of ADHM. A showcase of their own unique story of grit, determination, success and failure; inspiring to create history and not just be a part of it!  This very ethos is echoed in the logo.  Representative of a new, forward moving and fitter Delhi.

The runner symbol at centre of the logo works as a strong visual identity and can be used innovatively as an element across mediums. The use of modern typeface, gradients and combination of grey and red colour evokes the energy of the sport and enhances its identity.

The new identity for Airtel Delhi Half Marathon is designed by Locopopo, a Mumbai-based award- winning boutique design studio. Commenting on his creation, Lokesh Karekar, founder, Locopopo Studio said, “The story of the runner has always been the soul of the Airtel Delhi Half Marathon. The new logo celebrates the host city and the remarkable journey of every runner; embodying every participant of an event that has shown the #GoBeyond spirit of Delhi to the world”.

The event has consistently aimed to offer runners an unforgettable experience. Keeping in mind the affiliation of runners with the Airtel Delhi Half Marathon, they were a strategic choice to unveil the new identity. A detailed, personalized outreach was initiated with various run clubs and runner influencers across the country.

The runner symbol in the logo was shared by the running fraternity, on their social media platforms a day prior to the launch. This created intrigue on something new coming up. On 30th October the runners shared a film capturing the 16-year journey of the Airtel Delhi Half Marathon and how it had become a part of the fabric of the city and built an everlasting bond with runners across the country. The new logo showcases the ever-evolving spirit of ADHM and has successfully created excitement within the running community, and the runner being – the hero of the new identity.

Vivek Singh, Jt. MD, Procam International said, “When we launched the event seventeen years ago, little did people believe that Delhi would take up running as a lifestyle. Today, the event is synonymous with the city and this has been possible only with the support from all stakeholders. Our runners give life to ADHM and this has been beautifully translated into the new logo of the Airtel Delhi Half Marathon.”

Airtel Delhi Half Marathon 2020: Avinash Sable breaks national half marathon record, first Indian to run it in less than 61 minutes

Belihu and Gemechu to defend Airtel Delhi Half Marathon titles