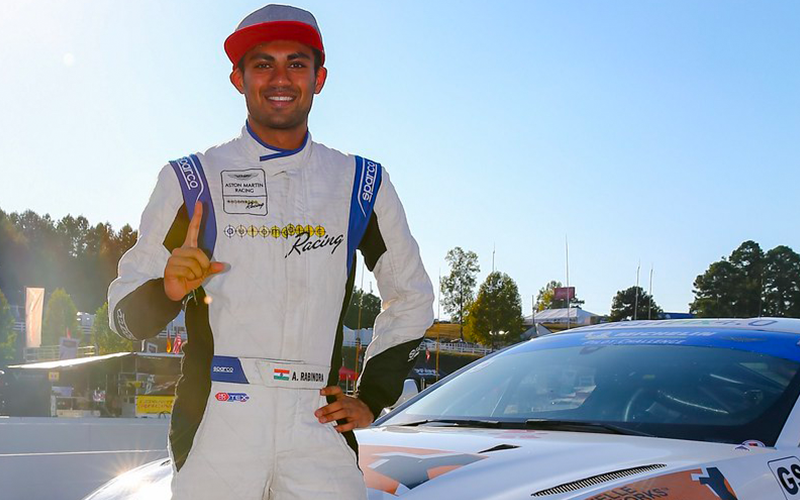 Bengaluru based Akhil Rabindra, will look to build on his strong 2019 season in Europe, with the prestigious Aston Martin Racing (AMR) Driver Academy announcing that they will be retaining him for the 2020 season as well. Akhil, who last year became the only Asian to make it to the AMR Driver Academy, will be among 12 elite drivers from around the world. They would undergo a year of training and assessment with the AMR team in the United Kingdom.

At the end of the calendar year the best performer will land a contract of a junior driver in 2021, with the factory Aston Martin Racing team.

A thrilled and excited Akhil reacted after the announcement saying, “I am extremely excited and delighted to be on the AMR Driver Academy again this year. Last year was a very strong year where I went from strength to strength. This year my focus is to build further on last year's success and get the junior contract at the end of the year. I look forward to the season starting and getting on the podium again.I would like to thank my sponsors, ASM Technologies, SmartFix& Forms and Gears for their continued support and faith in my dream.”

Akhil with his team his European team achieved a total of four podiums including the first ever podium for the brand-new AMR Vantage GT4 in Mugello showing his and the car's capability. Akhil made his debut with Aston Martin in the United States of America where he participated in the IMSA putting up a strong performance in the qualification races.

Twitters reacts as SRH bounce back to register first win